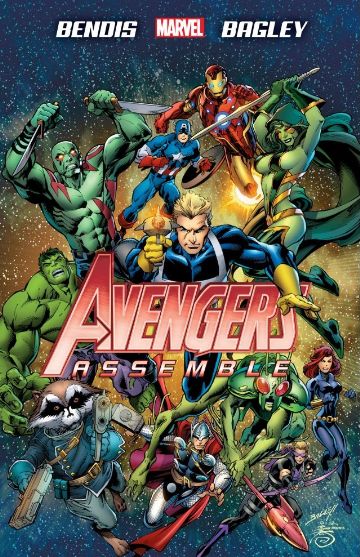 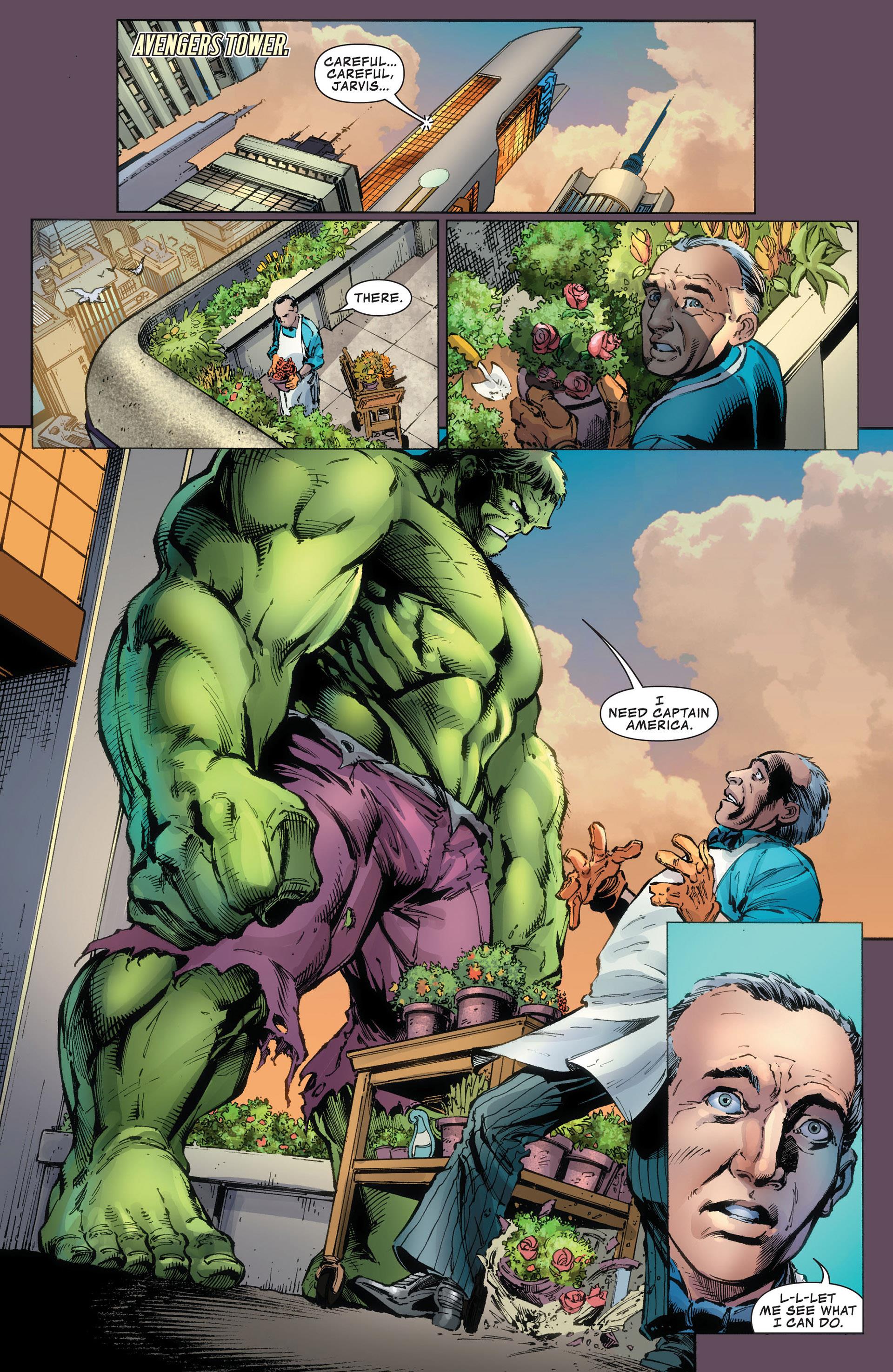 The line-up of the Avengers in the 2012 Avengers Assemble movie bore little resemblance to the team members in the comics, so this Avengers Assemble was duly launched spotlighting the Black Widow, Captain America, Hawkeye, the Hulk, Iron Man and Thor. To add to the cinematic experience, at the halfway point the Guardians of the Galaxy, with their movie still a year in the future, also drop by.

Bendis begins by modifying some Avengers foes of old, giving a new lease of life to the criminal cartel Zodiac. Each of its dozen members represents an astrological sign, and has a power associated with that sign, although that barely matters given their use. At its most obvious, in the opening chapter Black Widow and Hawkeye face Taurus, a giant bull. The members are tasked with retrieving artefacts secreted around the planet, their locations revealed by Zodiac’s mysterious benefactor. They’re powerful enough to believe their destiny is to rule the world. Until the halfway point, anyway.

Mark Bagley designs suitably feral and fearsome avatars for the Zodiac members, and as inked by Danny Miki his layouts are spectacular in places. He’s experienced enough to be at home with the cast, and when a space battle on an epic scale is required, he delivers it. He’s pretty good with a side order of cosmic devastation as well.

Having the Hulk as part of the Avengers again (after almost 50 years absence in the comics) adds a freshness, and he’s needed given the power Zodiac can muster. When he wants to Bendis can switch to a form of movie action plot, and that’s what’s on offer here, although what’s sacrificed is much in the way of logic. The US army can create a Cosmic Cube? It provides a decent Captain America and Hulk moment, but also represents the skimming stone approach to plotting. If the army can manufacture one, surely any cosmic despot worth the designation can whip one up while laying waste to a planet. If enough noise is made elsewhere, it draws the attention instead, but stop to think… That’s not being entirely fair as Bendis addresses this issue, but long after expecting us to believe it.

The characterisation is better, although the large cast precludes equal attention for all. The Hulk works in context, even if Bendis sacrifices character for a good line every now and then. You can believe Thor when he instructs “This is not up for debate. I will engage the creature and you will attempt a hasty retreat”. And Bendis has a handle on Star-Lord before writing the Guardians’ own title. He’s always been good with Captain America and Iron Man, but after the opening chapter Black Widow and Hawkeye become rather lost in the crowd. As his interpretation of Hawkeye relies on a smart mouth and sleazy innuendo perhaps that’s for the best.

Bagley is good, while Bendis is coasting, but the epic mood raises this slightly above average. Marvel have proved very fond of the title. This book shouldn’t be confused with Bendis’ prose history of the Avengers, also called Avengers Assemble, nor with the earlier work of Kurt Busiek and George Pérez published as Avengers Assemble. While there’s not much in the way of continuity, the series continues under Kelly Sue DeConnick with Science Bros.