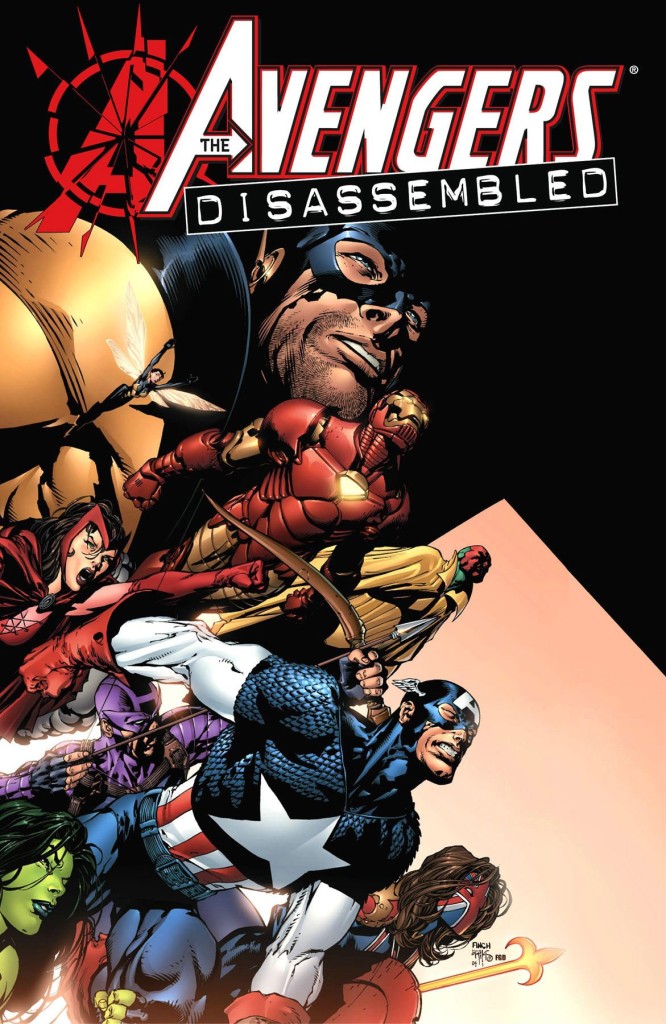 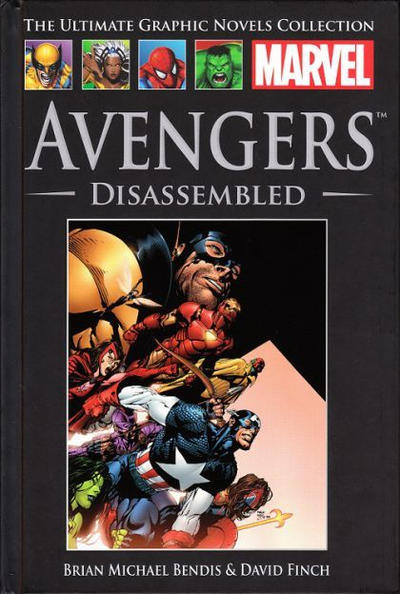 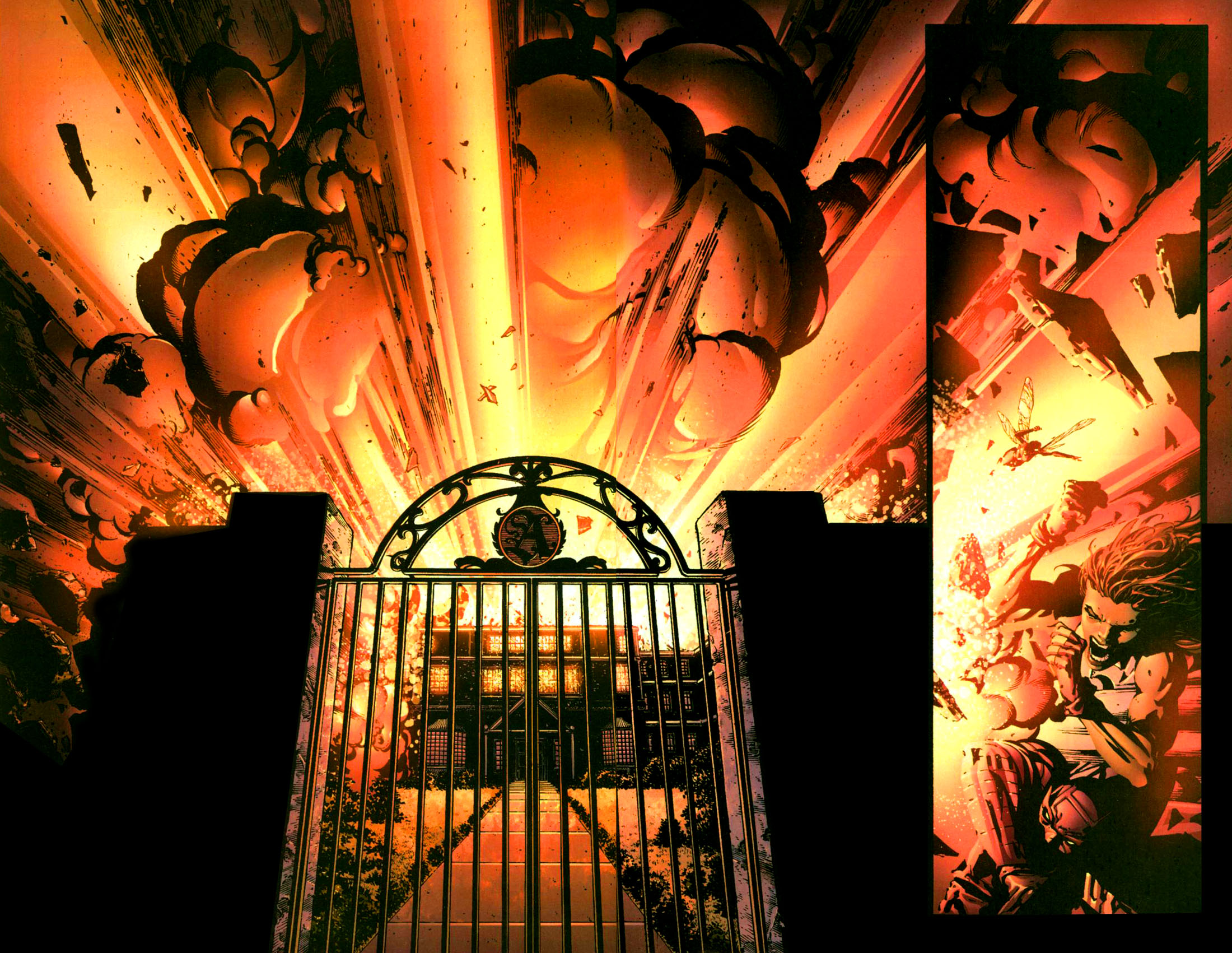 The welcome and capable re-boot of the Avengers that Kurt Busiek and George Pérez initiated in 1997, collected as Avengers Assemble, with the occasional blip upwards, turned out to be one long, slow decline, and by 2003 the series was again mediocre and rudderless. Disassembled was the solution. It was bombastic, drastic and fantastic. Except for those particularly attached to characters deemed as surplus by new Avengers writer Brian Michael Bendis.

His appointment was controversial. Despite succeeding at every step up during his decade long writing career, some carped that his strength was the dialogue-heavy plots only available with a lone protagonist interacting with others. Bendis instantly proved them all wrong by delivering an action blockbuster.

Two Avengers are dead within the opening pages, and more follow. The successes of Disassembled are all in the opening stages. There’s a spectacular set-to involving out of control Avengers, a brilliant revelation about old foe Ultron’s long-term plans, and shock after shock. The heart of the story is a brilliantly scripted naturalistic conversation extending over five pages as Captain America, Falcon, Hawkeye, Iron Man and later Yellowjacket take stock. Bendis would repeat this on numerous occasions during his later runs on the Avengers, but it was new here, and remains a powerful interlude.

The identity of the person behind the Avengers’ problems also shocks, and is now common currency. For those who don’t know, though, the secret’s best kept. It’s one, however, that fails to hold water, picking at some elements of previous continuity while ignoring others that would contradict the scenario. Further, even if the circumstances are ceded credibility, the time taken to act on them lacks it, and then we have Doctor Strange offering the explanation that they’re probably not aware of what they’re doing. Meh!

This is a shame, as the remainder is widescreen entertainment spectacularly rendered by David Finch, and just the fresh approach the Avengers needed at the time. Occasional coarse elements appear sniggeringly contrived (the Wasp announcing she needs a pee), and they’d be toned down as Bendis continued.

Following the slam-bang action there’s a wake in which the Avengers consider what’s happened and their place in the world. It’s touchingly written, and to date is the only decent use of an effect Bendis has since repeated with diminishing returns. Assorted artists each illustrate a single spread nailing a specific period of Avengers history, and these are overlaid with appropriate dialogue captions. “I always thought of us as the Beatles of superhero groups”, reveals Iron Man, while the Beast’s notable recollection is the battle against Korvac: “We saved the Universe. The entire Universe. That was a pretty damn good day.”

Having cleaned the slate, Bendis was free to re-boot the Avengers himself, and begins with Breakout. Disassembled and the opening half of Bendis’ run on the new series are available within volume one of the oversize New Avengers Omnibus hardcover. In the UK Avengers Disassembled also features as a hardcover in the Ultimate Graphic Novels Collection.