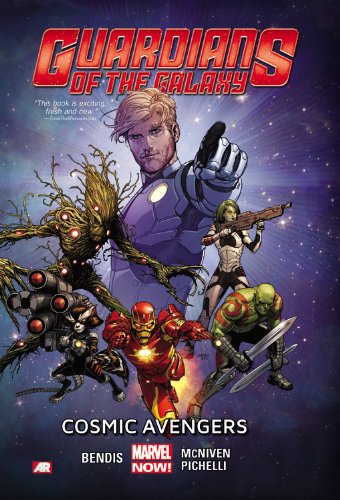 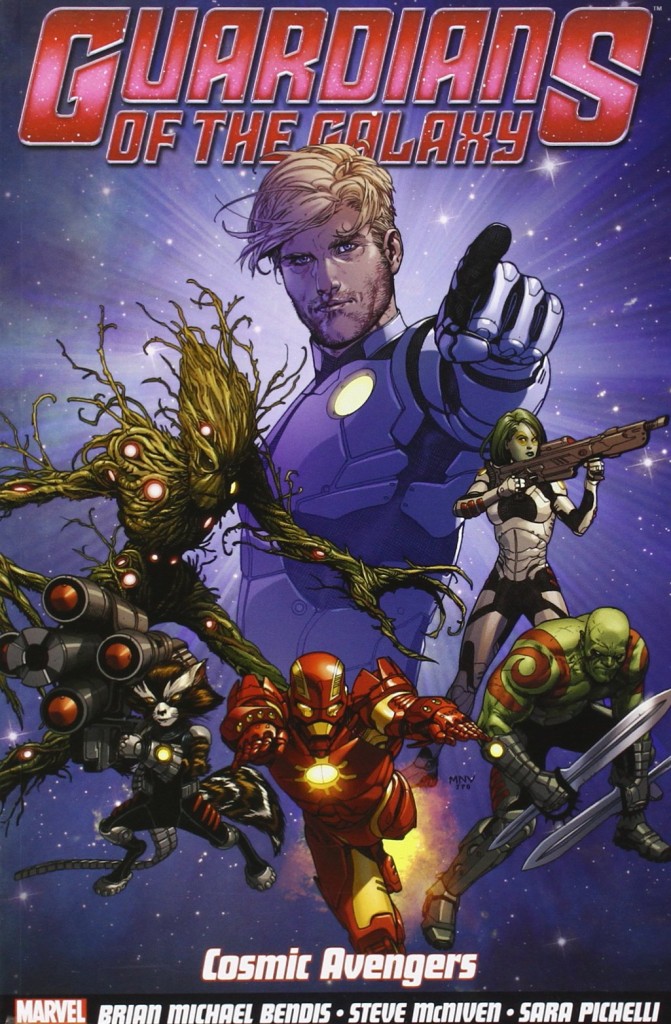 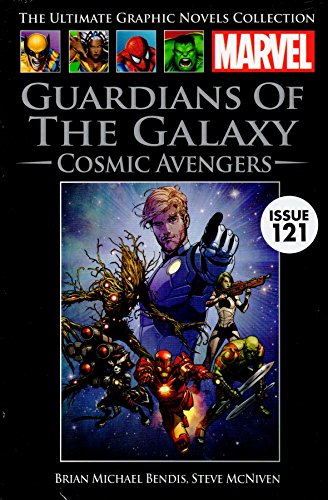 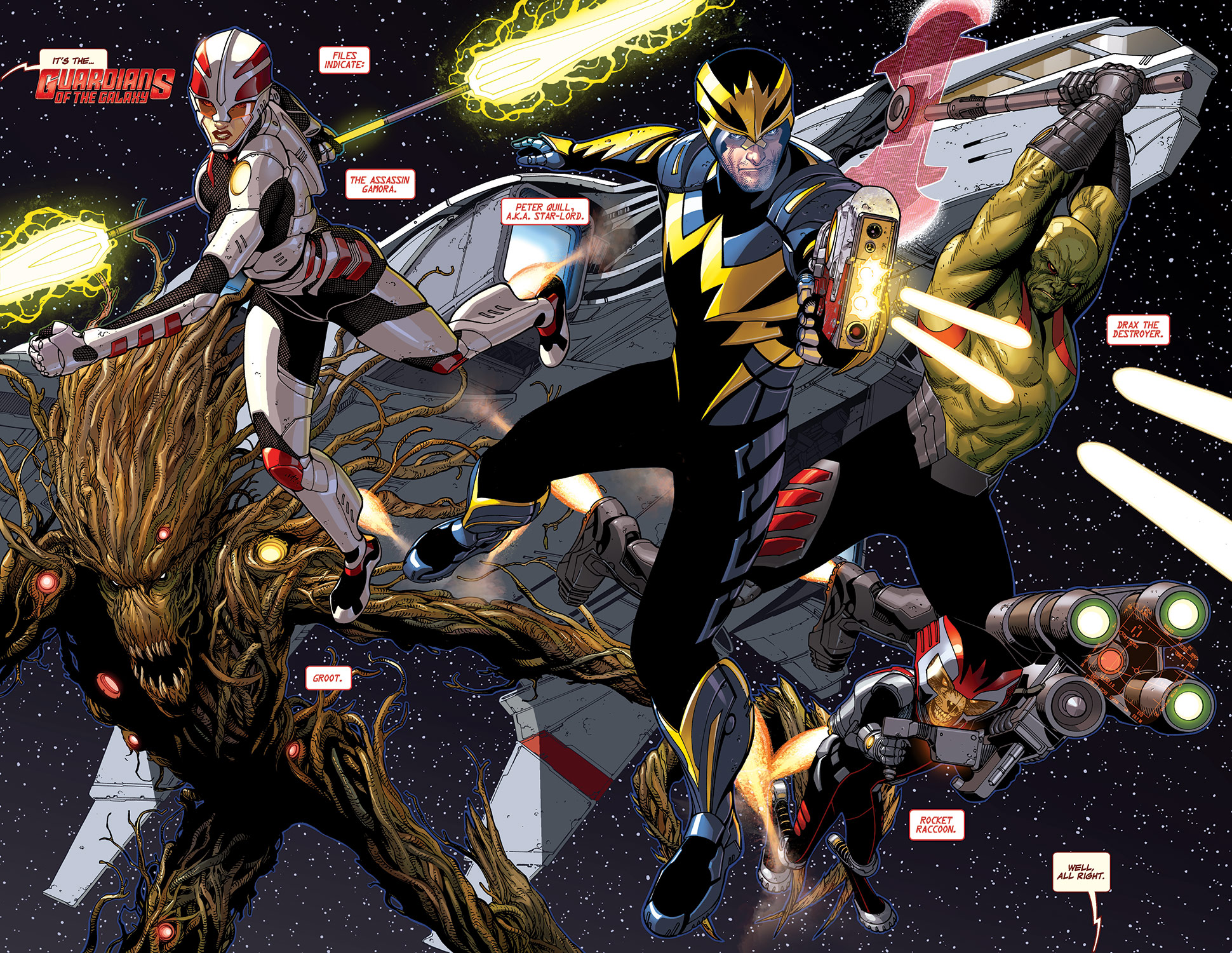 At the editorial meeting this must have exuded good sense. With Marvel Studios preparing a Guardians of the Galaxy film, and the pre-launch buzz circulating, the characters should have their own comic. As it’s potentially a major earner, it should have top of the line creators assigned. Step forward writer Brian Michael Bendis and pencil artist Steve McNiven, both having a solid track record of excellence. Yet, Cosmic Avengers is largely by the numbers, and at its worst comes over as extremely contrived indeed.

The shame is that it’s set up nicely, with the opening chapter focussing on Starlord’s back story. Peter Quill reached his teens on Earth before discovering his absent father was the despotic ruler of a far flung galaxy. This doesn’t survive contraction without sounding ridiculous, but is actually a strong origin story with tragic elements, well-handled in situ, with McNiven updating the costumes worn by the Guardians. Emperor Jason of Spartax is then revealed as engaged in political machinations. Earth has been declared off-limits by assorted other cosmic entities, and all he asks is that Quill respect that. That’s like the red rag to the bull, and the Guardians plot a course for Earth at warp speed, where Iron Man, looking for a new challenge (see Iron Man: The Future) signs up.

That comes across as randomly justified on the page, and contrived to provide the new movie guys with a boost by associating them with the star of the Marvel movie franchise. It’s not as if Iron Man has a lot to do during a standard battle with alien lizards, the Badoon. That’s a nice nod to the original 30th century iteration of the Guardians, who also repelled the Badoon from Earth a millennium later as seen in Tomorrow’s Avengers.

Midway through the book McNiven’s begins sharing the pencilling with Sara Pichelli, which is an exception to the usual rule of two different artists delivering a contrasting mess. Her decorative style meshes well, and they have distinct areas to supervise.

The book closes with four short stories about the individual Guardians, but there’s not much depth here. The best of them is Rocket Raccoon discovering he may not be the sole survivor of his species after all, nicely illustrated by Ming Doyle. The next Guardians volume is Angela. Both are combined in the opening volume of a hardcover Guardians collection, and with other material in the Guardians of the Galaxy by Brian Michael Bendis Omnibus. Alternatively, in the UK Cosmic Avengers was issued in hardcover as part of the Ultimate Graphic Novel Collection.