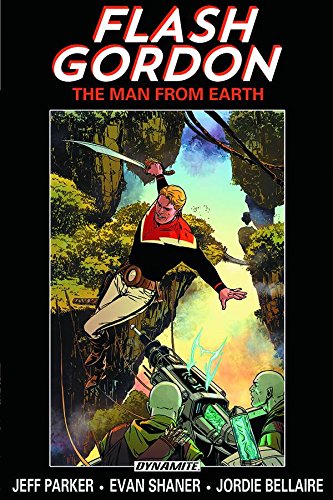 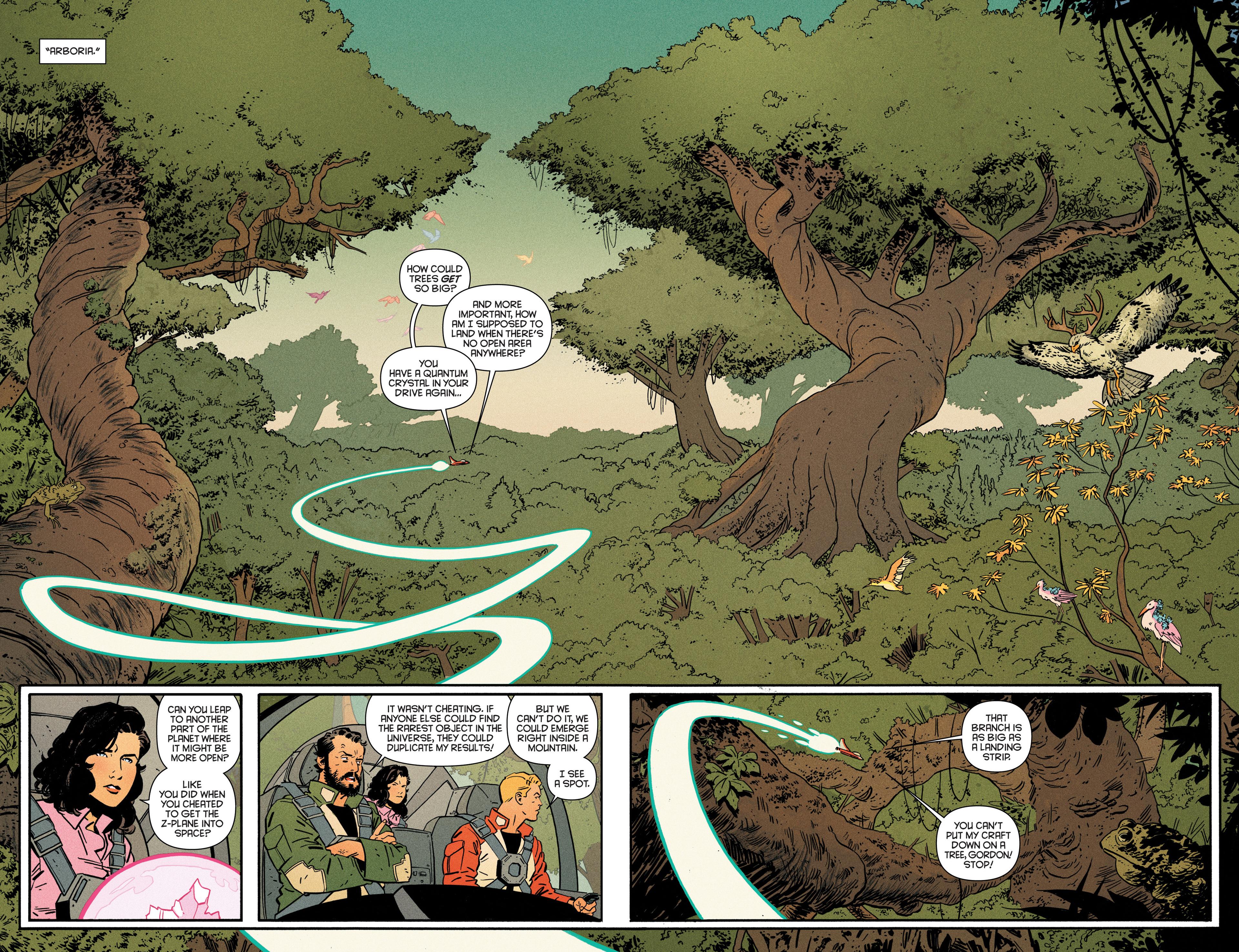 Flash Gordon is a widely recognised name, yet the seventy year run of the newspaper strip came to an end in 2003, and there hadn’t been a comic series since 1980. Enthusiasts fondly recall the strip’s golden eras, with exemplary art from Alex Raymond or Mac Raboy, or the brief comics run by Al Williamson, but the bright and amazing future unique in 1934 had long since been replaced by numerous alternative visions, not least Star Wars. So was a new series in 2014 misplaced nostalgia?

Jeff Parker sticks to the basics of the strip with buff and adventurous college sports star Flash Gordon, attractive and resourceful reporter Dale Arden and technical engineer Dr Zarkov, a world class drinker in addition to his scientific expertise. We see them prior to current day adventures, but their story continues from Kings Watch. In the present day Ming the Merciless has failed to add Earth to his empire, and our heroes travel from world to world avoiding his forces. Parker beefs up the previously one-note characters, and in cynical times the confidence of his fair-minded Flash is a delight, with a basis provided for his adaptability.

Evan Shaner’s not at the level of the artists most associated with Flash Gordon, but he’s mighty impressive, and could reach that status one day. His page layouts give the cast room to breathe while still effectively telling the story and permitting switches into excellently composed full page illustrations conveying wonder at alien environments. His designs echo the simplicity of the original 1930s strip while simultaneously being modern. Parker’s script for the opening chapter provides Shaner the opportunity to shine, cutting between Earth excitement and various alien worlds. What’s also great about the art is that Shaner draws an entire serialised story, and isn’t afflicted by the frequent problem of the quality being front ended while the back of the book looks rushed. There are a few problems, the characters occasionally seeming to be floating on backgrounds, but overall the art is as delightful as the plot, conveying the unalloyed optimism. A big part of this is the bright colouring of Jordie Bellaire, a hundred percent attuned to the mood.

What prevents Man From Earth ranking even higher is the intrusion of other hands. A brief chapter illustrated by Sandy Jarrell and Richard Case interrupts the main story, and is shorthand compared with Shaner’s pages. Five snippets by assorted creators in what was originally an annual fall well below the prevailing standard, but the three stories from a holiday special are better. These don’t tie into the main series in the manner of the other material, but offer more in the way of entertainment and quality. Art from Joseph Cooper, Stephen Downey and Lara Margarida is good, and the holiday period tie-ins written by Dan McCoy, Elliott Kalan and Stuart Wellington all have a point to make.

Stick to the title story alone and this is one hell of a reboot. It’s an engaging thrill rush, and constantly surprising as the trio of protagonists have an improvisational approach to their primary aim of returning to Earth. You’ll believe in Flash.