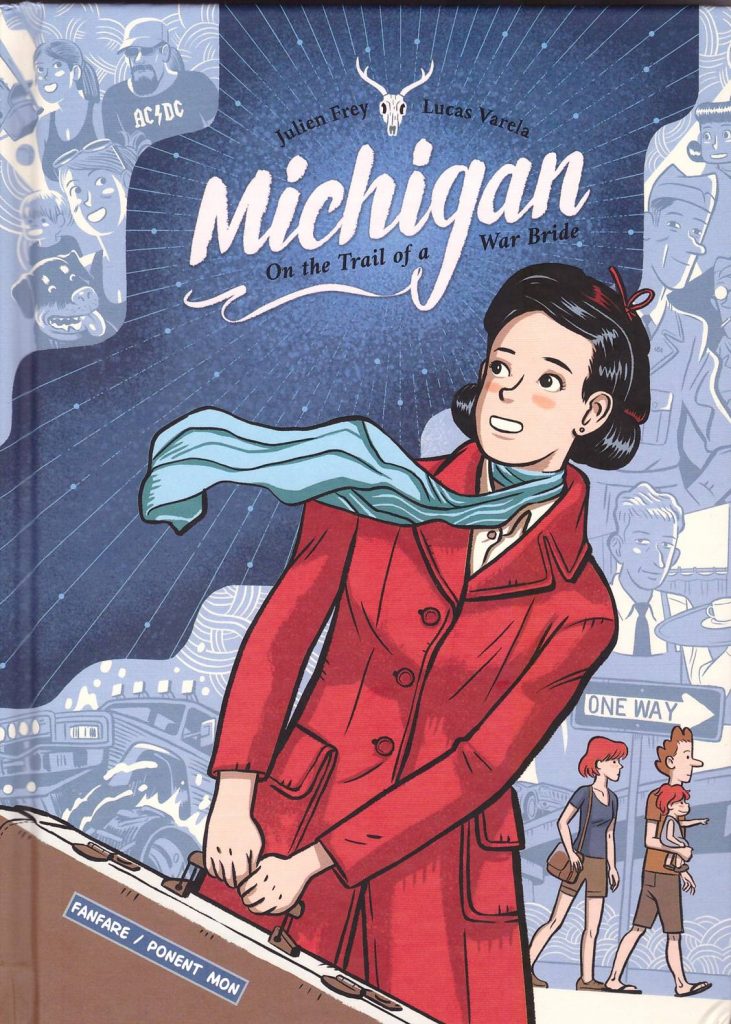 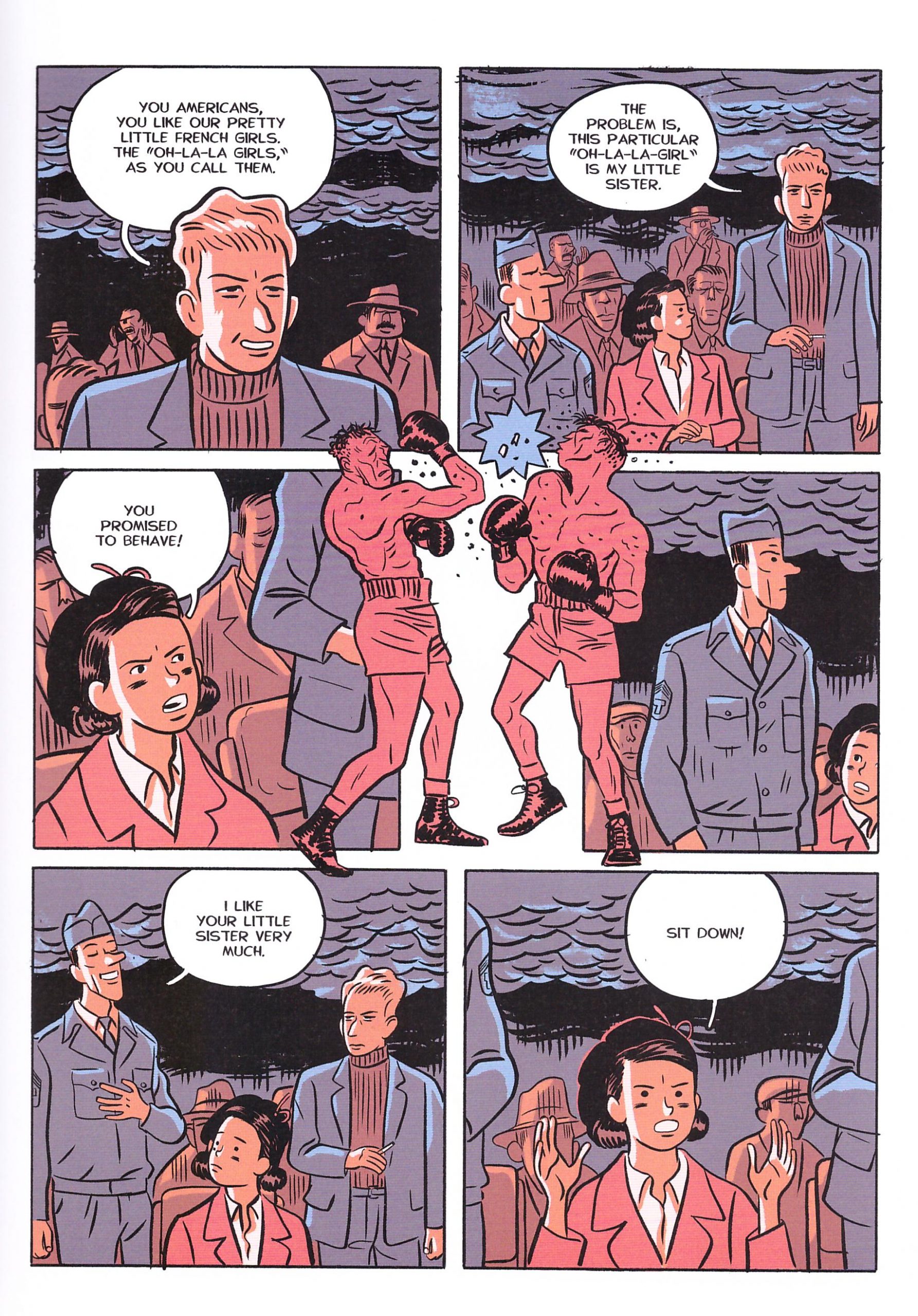 Michigan neatly combines the autobiographical story of author Julien Frey and his partner Maud’s trip to the USA in 2010 with the biographical tale of Odette, Maud’s Great-Aunt who emigrated from France after World War II. Although there’s a slight crossover, the present day events frame Odette’s story.

There’s little discretion about Maud’s American relatives, and Lucas Varela is great at conveying Frey’s constant fish out of water state, judgemental and unable to cope with joshing. That begins with a stone-faced immigration official likening him to Sideshow Bob, a character Frey has to look up. Varela captures his reactions elegantly, and that’s a skill he applies to the entire cast, needed as tensions manifest throughout. There’s great life and humanity to the cartooning, which looks simple, but is so expressive. Varela gives lively, individual life to moments of sheer joy such as a dance class using Boogie-Woogie Bugle Boy, or the placidity of Lake Michigan, and the variety of his character designs is admirable.

Michigan makes connections between the generations without overstating, skilfully drawing a line between Frey’s reactions and the treatment of Odette’s G.I. husband John by some in France in 1945. He only feels slightly less out of place than Odette when she arrived 65 years earlier. Frey is seen at the start reading though some of the ridiculous questions on the US visa application form, which is certainly preferable to the indignities Odette suffered as a GI bride, spent in a camp educating her how to be American. That’s very different to the generosity displayed once she was on board the ship taking her to America.

The further distanced we are from events, the further what was normal and everyday at the time becomes a matter of curiosity and surprise. Frey and Varela have Odette represent the many thousands of war brides, not all the stories being romantic true love. However, Michigan is generally upbeat despite some short term difficulties, and when me meet Odette as she is now she’s lovely, sympathetic and in fine form for someone in their mid-eighties. At times there’s a feeling of Frey badgering Odette, constantly wanting to hear a story she’s reluctant to dwell on, yet when it results in a something as delightfully readable as Michigan it’s to be hoped she understands.