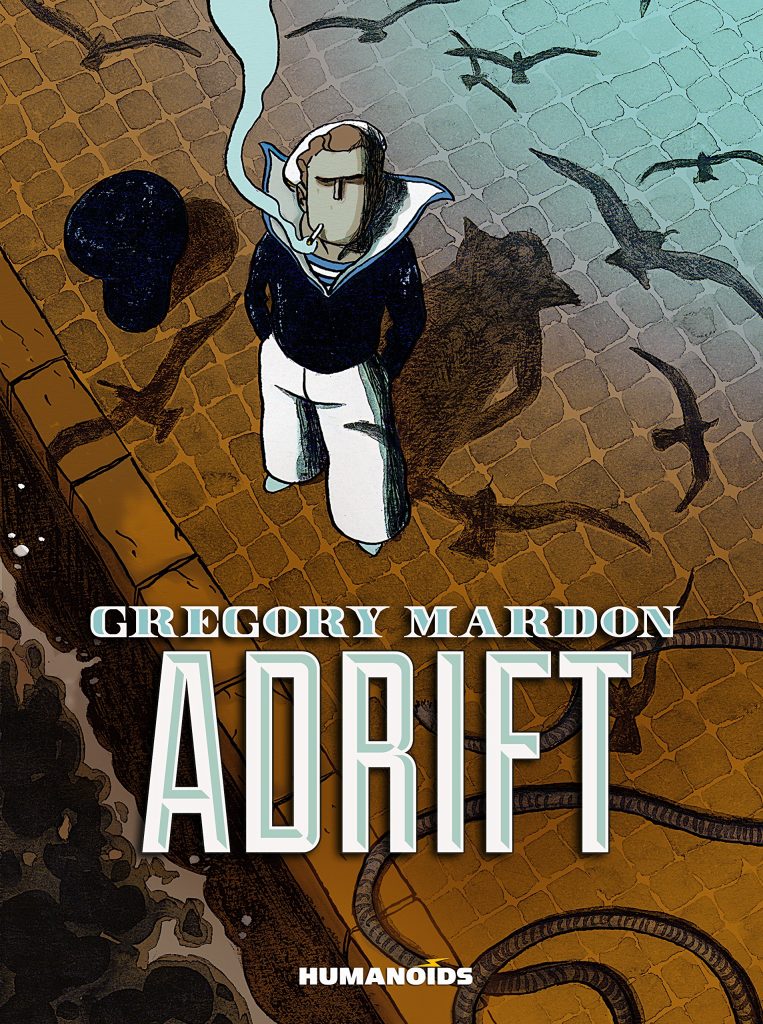 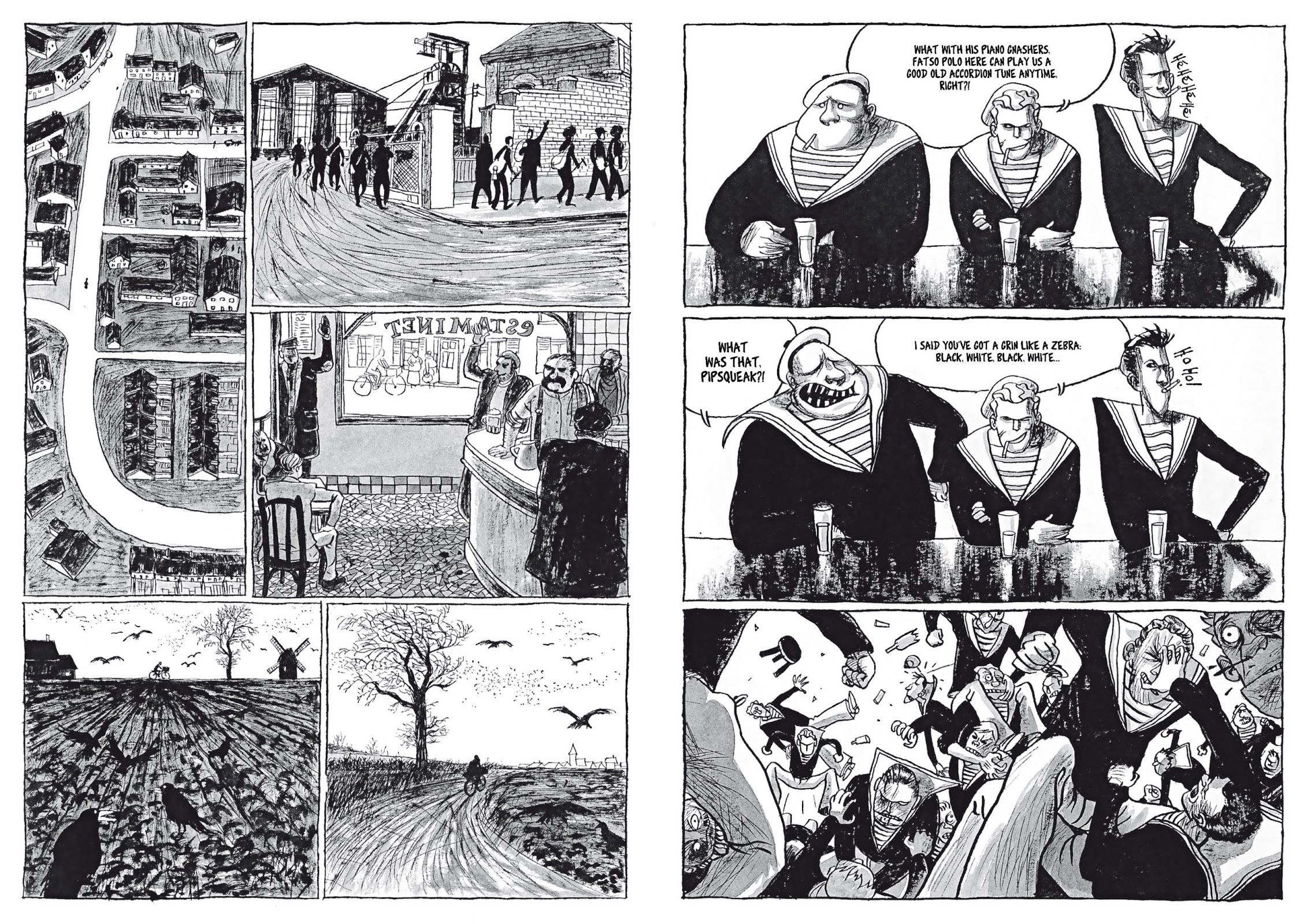 Adrift presents the stories told by Grégory Mardon’s grandfather, gradually becoming the man Mardon remembered from his youth. In 1937 Adolphe Hérault is seventeen and employed as a butcher’s assistant in a French town he already recognises as too small and provincial for him. He joins the navy to see the world, and is promptly appointed a ship’s butcher. Known as Dodo, his adventurous character earns him respect, friends and nights in the brig in almost equal quantities. A touching insight into life aboard a navy vessel is Adolphe’s stays in the brig restricted to overnight, as he’s such a competitive sportsman he’s in demand during daylight.

Looking at the confident quality of the pages, it’s astounding that Adrift is the first published graphic novel of what became a long career. The two unconnected sample pages show Mardon’s art is already accomplished, sketchy and impressionistic, equally wonderful when capturing a lively carefree youth and a man enjoying his retirement. Mardon defines a broad cast in caricature without ever duplicating a person or resorting to type, and evokes an assortment of landscapes and settlements around the world. While presenting the camaraderie and exploration as pictures with dialogue, for the wartime battles Mardon reverts to plain illustration, although evocative and emotionally strong. A spirited humanity is present throughout, as Mardon tells much of his grandfather’s story without words, defining his spirit beautifully.

Adolphe was no longer the larger than life gung-ho character of his youth by the time Mardon’s memories of him formed, but he was a profound influence and Mardon notes how his stories resonated far more than fairy tales during his own youth. He presents a loving relationship without glossing over how Adolphe could be difficult later in life, in one panel subtly hinting at alcohol problems without following up. His memories are of a man who was still active, never forgot his butcher’s skills, and who taught him wildly inappropriate songs.

Both loving tribute and fond recollection, Adrift is a poignant and accessible triumph.