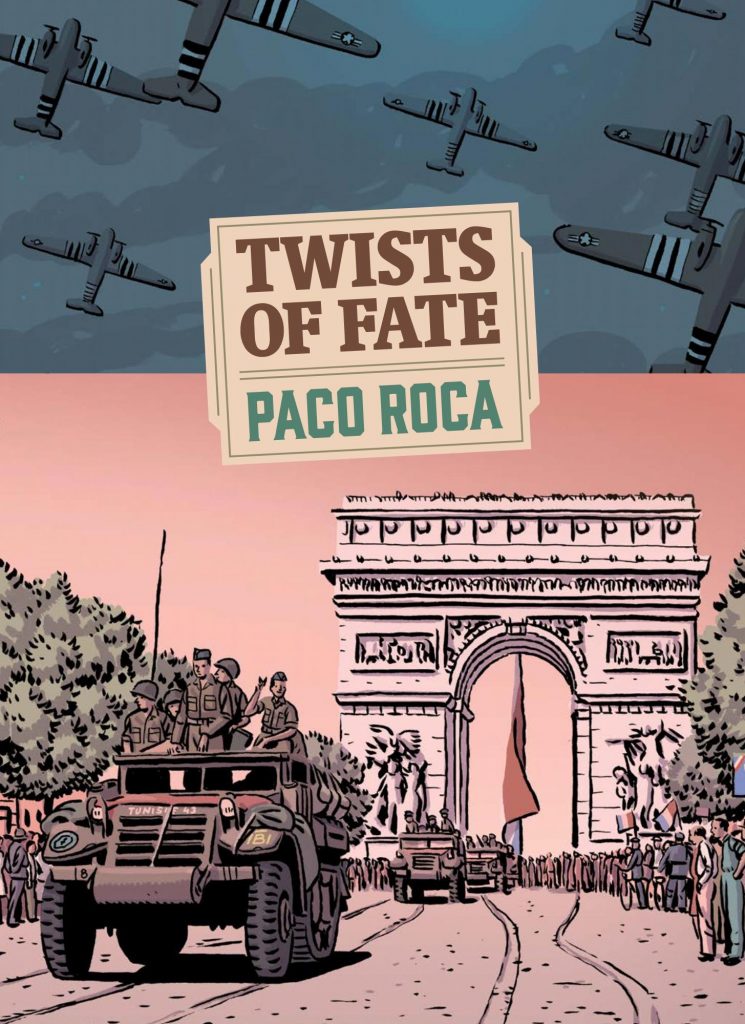 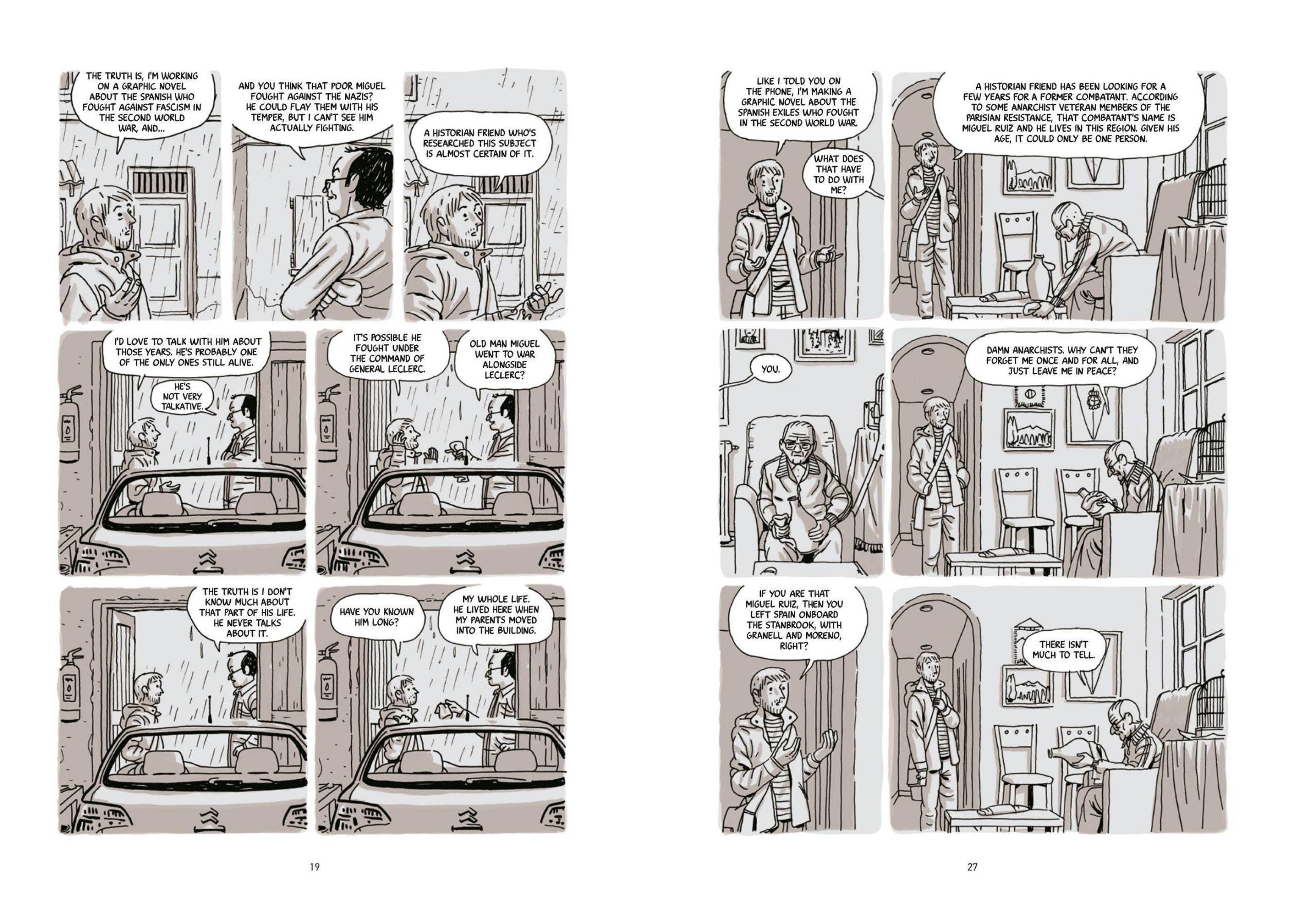 Twists of Fate opens with the final days of the Spanish Civil War in late March 1939. Franco’s Nationalists have all-but won, and his enemies whose lives are now endangered are congregating in the port of Alicante, desperately hoping for ships to carry them elsewhere. Among them is Miguel Ruiz. His is a remarkable story, a leading light among the Spanish who continued the fight against fascism in other countries during World War II, yet who remain largely anonymous. Their spread across the world is widespread and complex enough to require several flow diagrams encompassing a four year period.

Paco Roca’s biography is by turns fascinating, appalling and enlightening. An already enthralling life is considerably improved by Roca supplying pages showing him first coaxing the experiences from a reluctant Ruiz, and how their relationship developed into trust, Ruiz eventually impressed by Roca’s research before meeting him. Unspoken is how Ruiz’s experiences developed the personality he has, ideological persecution consistent over several years of his youth, some spent in a North African work camps. That the camps were responsible for numerous deaths isn’t widely known due to greater atrocities elsewhere. Ruiz survived for three years until the camp was liberated, when scorn and pettiness became his daily endurance. It’s not restricted to him.

Generations who haven’t experienced war can’t fully understand the feelings of those who have, shaped by what they’ve seen and what’s happened rather than filtered through peacetime perceptions of wrong and right. Twists of Fate showcases this superbly, Ruiz unconcerned about political correctness or historical hindsight, and Roca’s careful noting of his posture adds to the depth of feeling. Elsewhere he’s careful not to glorify war. Most combat sequences have no words or captions, just consequences.

The twists of fate providing the title occur throughout, statistic-defying happenings beating incredible odds as people meet again, yet also referring to how expectation is defied. Ruiz and others presumed that once the Nazis were dealt with Spain would also be liberated. And a clear indication of how brave the new world would be is provided when the Free French battalion of General Leclerc learns there will be no allied support unless he discards the troops from Chad who’d fought with him to liberate large areas of Africa. By turns Ruiz’s recollections are good humoured and horrific, and as with any good historical recollection small details are eye-opening. Prisoners are traded between the troops of different countries for services or supplies, an SS officer refuses a life saving blood transfusion for fear it might come from a Jew, and Roca’s illustration of barrage balloons tethered off the English coast has an almost otherworldly look.

For the sake of accuracy Roca supplies too much detail in places, a reminder this is biography. Sensitivity accompanies accuracy, and this may be another example, a matter of respect for Ruiz. The present day interludes begin as intrusive, but eventually form a poignant counterpoint to Ruiz’s memories, while seeing the present day Ruiz contrasts his earlier rigid idealism with a pragmatic cynicism.

Considering Twists of Fate attempts to present a respectful reality, it’s disappointing to learn from historian Robert S. Coale’s afterword that Roca includes some fiction. Roca mentioning where would have been respectful, particularly when he has Ruiz commenting how rapidly history was rewritten. Coale notes historical accuracy and the more outrageous stories and coincidences as true, so that’s some comfort. Otherwise Twists of Fate is an immense work, highlighting an all-but forgotten regiment’s contribution to our freedom poignantly and with illustrative verve.