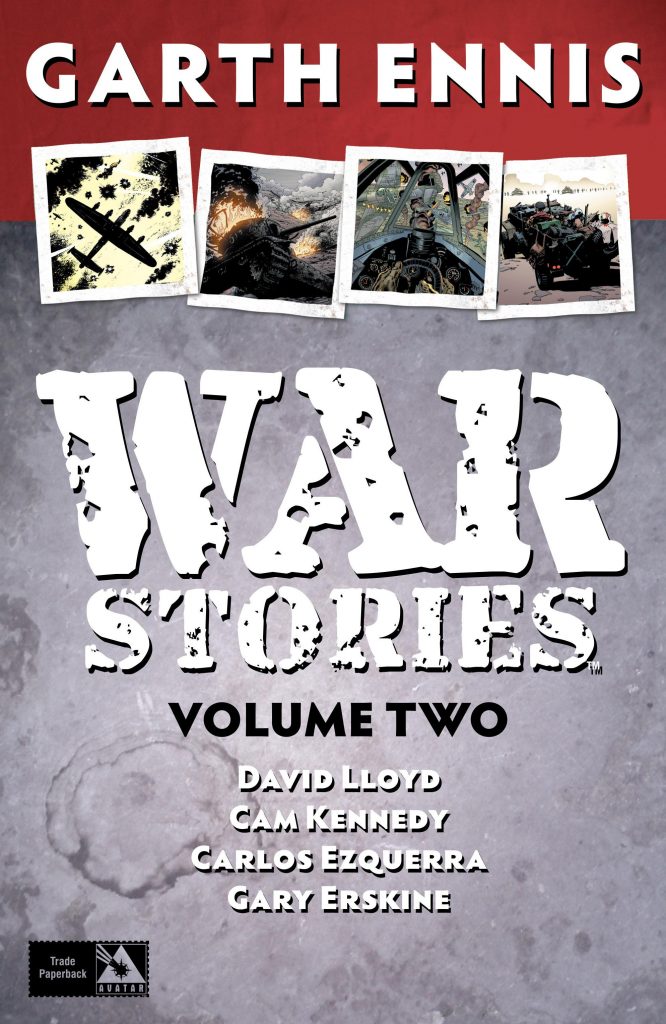 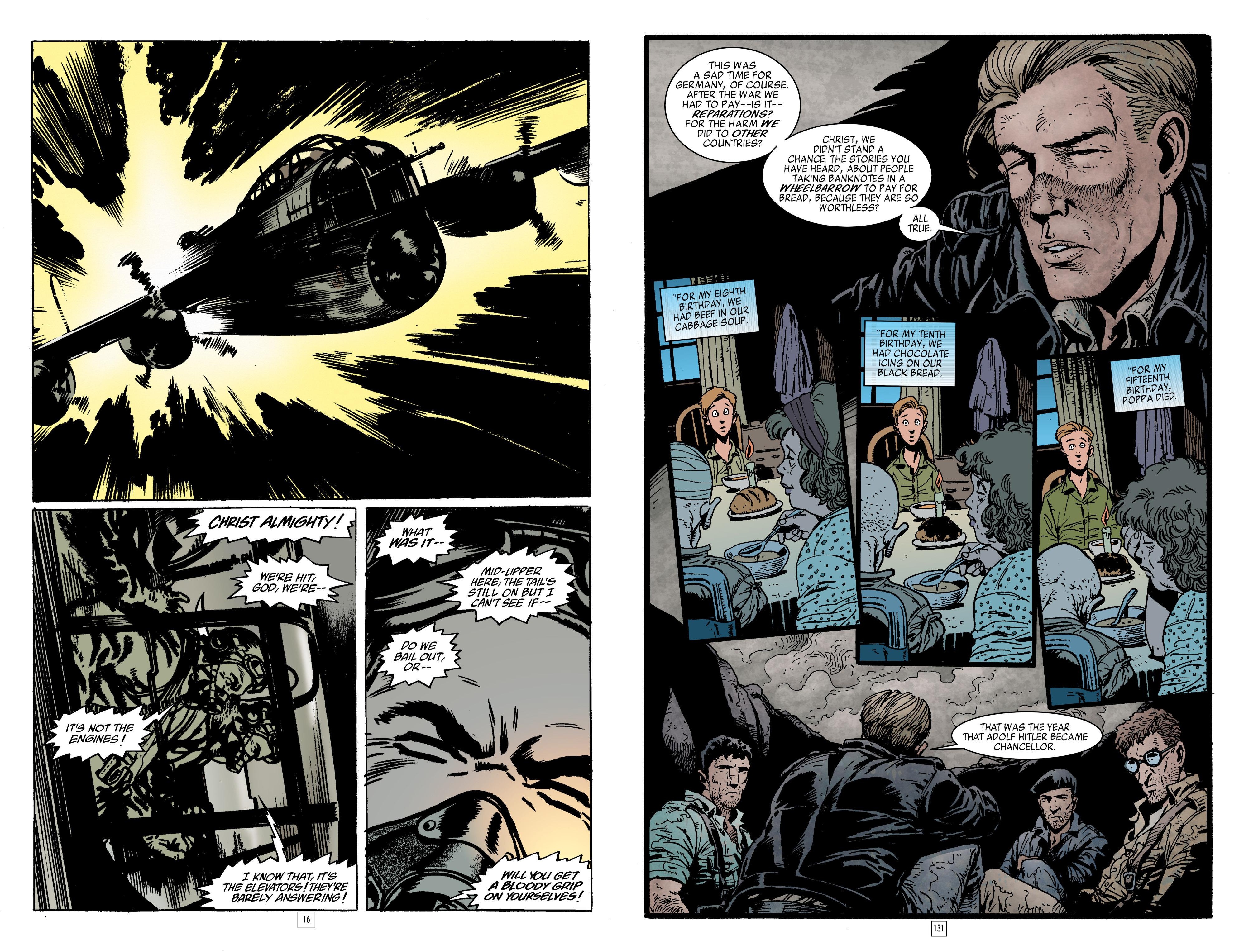 War Stories volume one was an excellently researched, poignant, and reverential look back to the ordinary people who served during World War II, drawn by some exceptional artists. This is even better for having a greater variety of emotional tone to it.

The opening two stories share a common theme of allies at each other’s throats. A Lancaster bomber’s second in command can’t abide the bloodlust shown by his commander, who relishes the German civilian deaths, and two desert raider colleagues disagree about what constitutes an acceptable risk. These vehemently opposing views provide rich emotional conflict amid the larger fight. ‘The Reivers’ is set in the African desert, and to begin with at least is the lighter of the two. Cam Kennedy cut his artistic teeth drawing Commando war comics, and he makes the action look simple, yet while his style is impressionistic rather than researched, he creates utterly convincing scenarios.

David Lloyd’s precision is applied to ‘J for Jenny’, and he also colours his work, as he did in the first volume (sample art left). Restricting the colours to black, yellow, brown and russet creates a perpetually twilight world in which the bombers carry out their nightly raids. Ennis might foster disagreement among his cast, but he also leaves no doubts as to the constant dangers faced by the bombing crew, and their ghastly fates if shot down. By closing in on the crew during the flights he also ensures we have an idea of the cramped and unsavoury conditions in which they operated.

Carlos Ezquerra (sample art right) is another artist who put plenty of hours into drawing war comics in the 1970s, and anyone who only knows the exaggeration of his Judge Dredd work may be surprised at the subtle storytelling applied on ‘Condors’. The bulk of it is a conversation in the common ground of a shell crater during the Spanish Civil War, punctuated by the recollections of those trapped there. Ennis uses this set-up cleverly, exploring the social conditions after World War I that led to World War II on both sides, and what it was some ordinary people believed they were fighting for. Ennis has no political axe to grind, and spends equal time on both sides of the argument, while also exploring human nature in several forms from fanaticism to equality, incorporating anecdotes and dogma. It’s an extension of the character studies forming part of the remaining material, but carried to a worthwhile conclusion. As is ‘Condors’ itself, by ending with the Spanish Civil War’s greatest atrocity. It’s an exceptional piece.

Gary Erskine’s Airfix kits surely provided invaluable reference for the opening pages of ‘Archangel’, in which Jamie MacKenzie is transferred to a new post. “Too honest for your own good. That’s your problem”, is a friend’s assessment of him, but within weeks that friend is dead. Jamie may be dour and pessimistic, but it’s friends and colleagues that seem to draw the short straw. Ennis keeps this dark joke in service as he transfers Jamie to a task that with hindsight sounds every bit as preposterous as Churchill’s ice ships. It’s a story that wrong foots, however, perhaps padded a little, yet one of immense bravery based on true events, but lighter in tone that the remaining content.

War Stories 2 closes with Ennis providing even more informative and chatty background information than he did last time, and it’s very welcome. Several years later the series continued with volume 3.