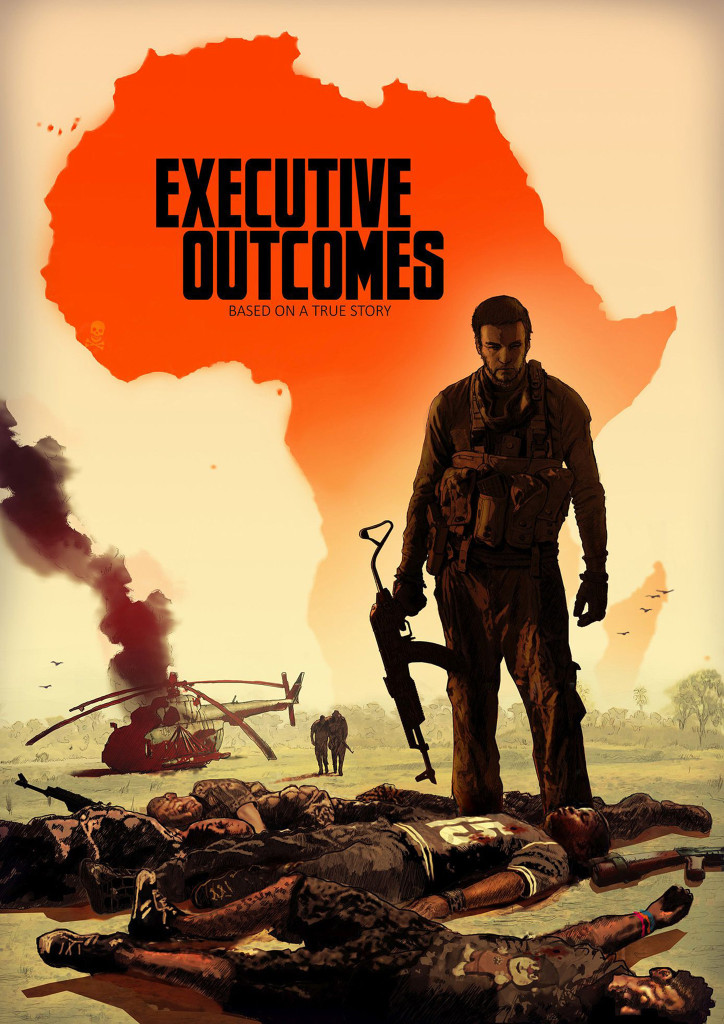 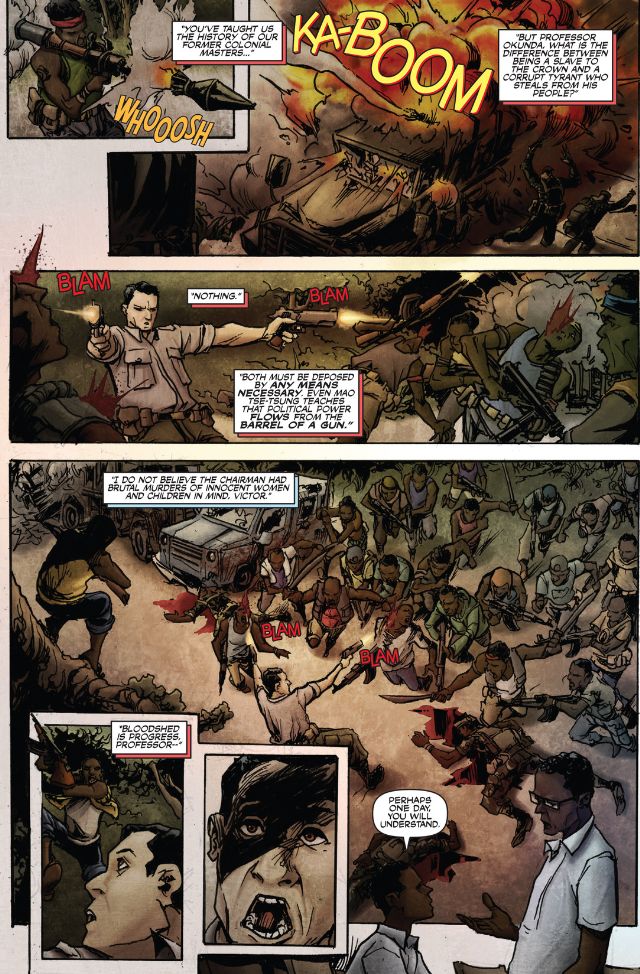 It’s a damning statement about world politics that so little concern or attention is accorded the almost constant state of civil war that exists in some African countries. The atrocities committed in Rwanda during the mid-1990s were on such a scale that they engaged the wider world, but the simultaneous horrors occurring in Sierra Leone remain largely unknown outside the country. It’s the setting for Executive Outcomes, the title of which is taken from one of the many small Western companies with bland names providing military advisers for vast sums of money.

Having been convinced of their enrichment, Executive Outcomes recruit mercenaries. Their human face is represented by Cobus Claassens, an Afrikaan family man whose military career stalled in the new South Africa. The background is familiar territory to Nick Bicanic, producer of the 2006 documentary film Shadow Company about the world of mercenaries. His plot is based on true events, fusing Claassens’ account with the contemporary political background. This is scripted by M. Zachary Sherman, initially, in part, in a somewhat heavy-handed fashion, with a side helping of stilted and expository dialogue. That diminishes as the pages turn.

At the heart of the conflict between revolutionary forces and the recognised ruler are the country’s diamond mines, and while the regime isn’t host to angels, the RUF’s policy of recruiting among ordinary villagers via terror is distressingly common in Africa. Bicanic’s plot spreads the net, and points the finger at the fomenter, Charles Taylor, President of neighbouring Liberia, later convicted of war crimes. Claassens is a professional with a surprising compassionate side, unhappy at having to train troops whose presence is guaranteed by a daily allowance of hash and alcohol. That’s one of several jaw-dropping incidents with the ring of anecdotal truth. Another surprising aspect is how few well-trained and armed mercenaries it takes to turn a tide.

Executive Outcomes is a complex inter-weaving of assorted political interests, many with no direct connection to Sierra Leone. Each is cleverly represented by an individual. The personal focus ensures ethical issues are constantly raised, and the political manoeuvring around them provides a disturbing insight. Few of the cast emerge unstained in some respect, sometimes from the best of intentions, as assumptions are challenged via a portrayal in multiple shades of grey.

Artist Emmanuel Xerx Javier is excellent. He works very much in the detailed European album style, and while his cartooned cast at first appear eccentric they wrap you up and reel you in. The horror of battle and attack is unflinchingly portrayed, and integral to a rounded understanding, but Javier never glorifies carnage. He has the occasional problem with scale and perspective, but this is otherwise very good storytelling.

Claassens himself, his actual appearance rather different from his Robert Redford style comic portrayal, provides an unapologetic afterword, and there’s a glossary of the military terminology for those who don’t know their AK-47 from their MI-24.

Some will never see Executive Outcomes as anything other than political vindication, and if Claassens’ account can be challenged they may be justified, but a blinkered viewpoint would be a shame. Too few of us know or care about the wider world, and although now two decades in the past it shines a very effective spotlight into the type of conflict still perpetuated, and displays how often the little we’re fed is inaccurate.