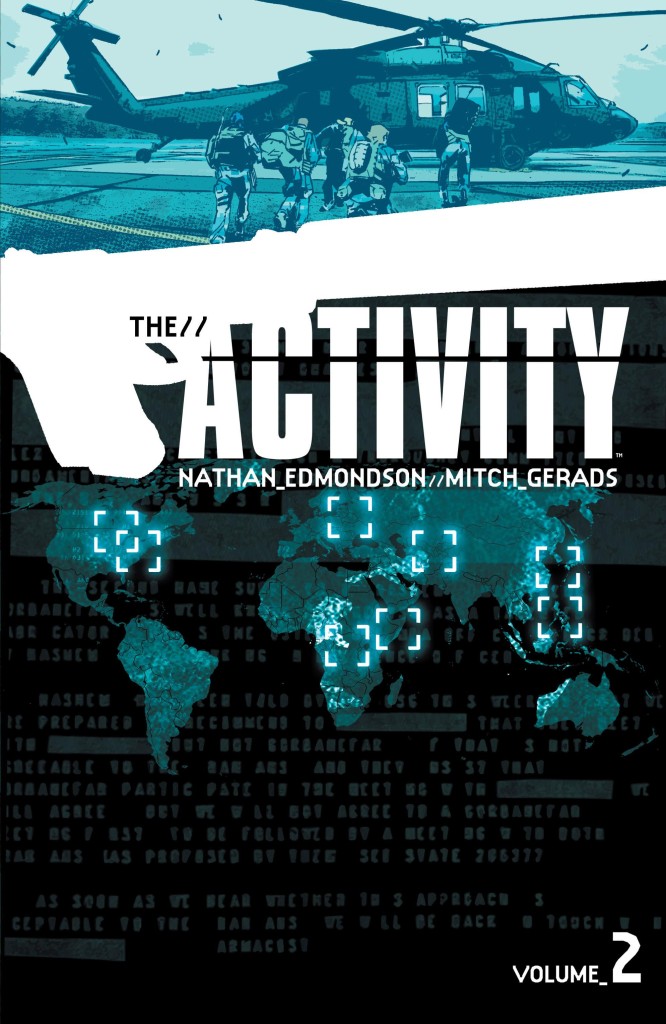 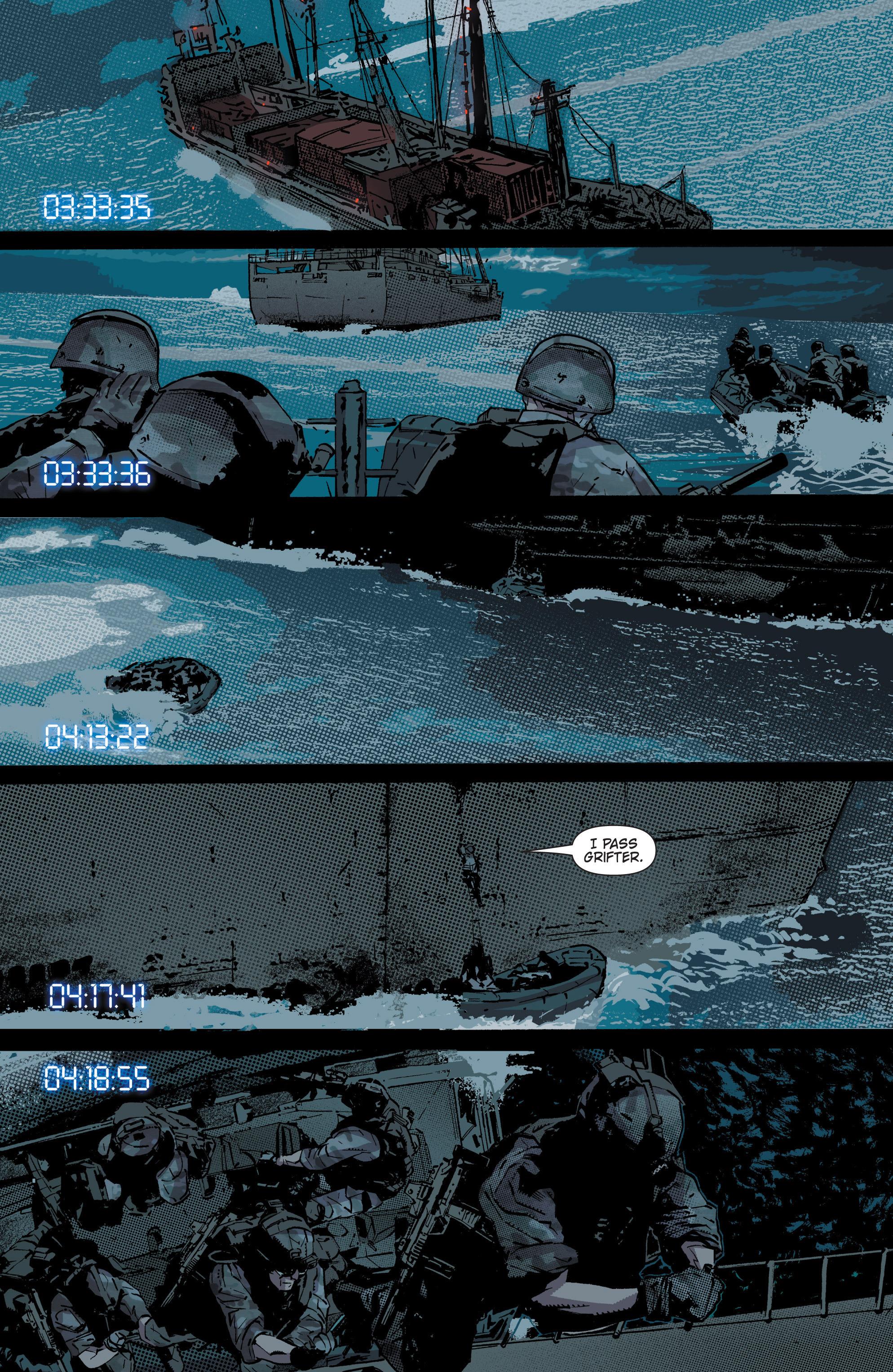 Writer Nathan Edmondson and artist Mitch Gerads take considerable pride in ensuring the accuracy of their spotlight on those staffing Intelligence Support Activity. As far as Gerads is concerned this is realistic settings and hardware, and that’s on display to anyone who pulls the book from the shelf and flicks though.

An informed source unable to reveal their name, references the circumstances of their friendship with Edmondson, and praises the authenticity of The Activity in the introduction, singling out the aspect of a small, regular team being the fulcrum of missions. The consistency supplies an extra edge in combat situations, with familiarity instilling a knowledge of how colleagues will react. He also admires Edmondson’s facility for creating missions approximating those that occur without compromising actual tactics or relying on factual knowledge.

That introduction also provides a chilling definition about the modern day special missions participant: “They don’t care about politics. They just care about completing the mission at all costs.” Intended as praise, it’s also open to different interpretations. Some might ponder the ethical implications of the  unquestioning mind of a person who fights without a cause. The issue of such trust is complex, and driven into the light when personal relationships are scrutinised. There’s also the matter of considering the bigger picture, and that’s exemplified in the opening story here.

Thankfully this collection isn’t as blighted by the specialist terminology and jargon that constantly intruded during volume 1, yet the authenticity is maintained. Edmondson varies his missions both in style and in time, setting some in the present day, and others in the past. This device, opens up the available warzones for variety and enables different cast members, along with the questions that accompany them. There’s an ongoing thread running through the present day material, which displays the additional complication of competing US agencies with differing agendas, each of them keeping their cards close to their chests. A leak is suspected, and requires confirmation.

Gerads is spectacular throughout. He needs to convince with the Philippines, Somalia, the South China Seas, Uzbekistan and Minnesota, and while there are tricks artists can employ, there’s never a feeling that he’s shortchanging. His cast live and breathe in profoundly uncomfortable situations, and you’re never left for a second doubting the locations. Marc Laming fills in with a chapter set in the Congo, and is equally convincing.

The teething problems regarding accessibility have all-but vanished, although these are complex stories, making this a stronger read than its predecessor. Volume three follows.