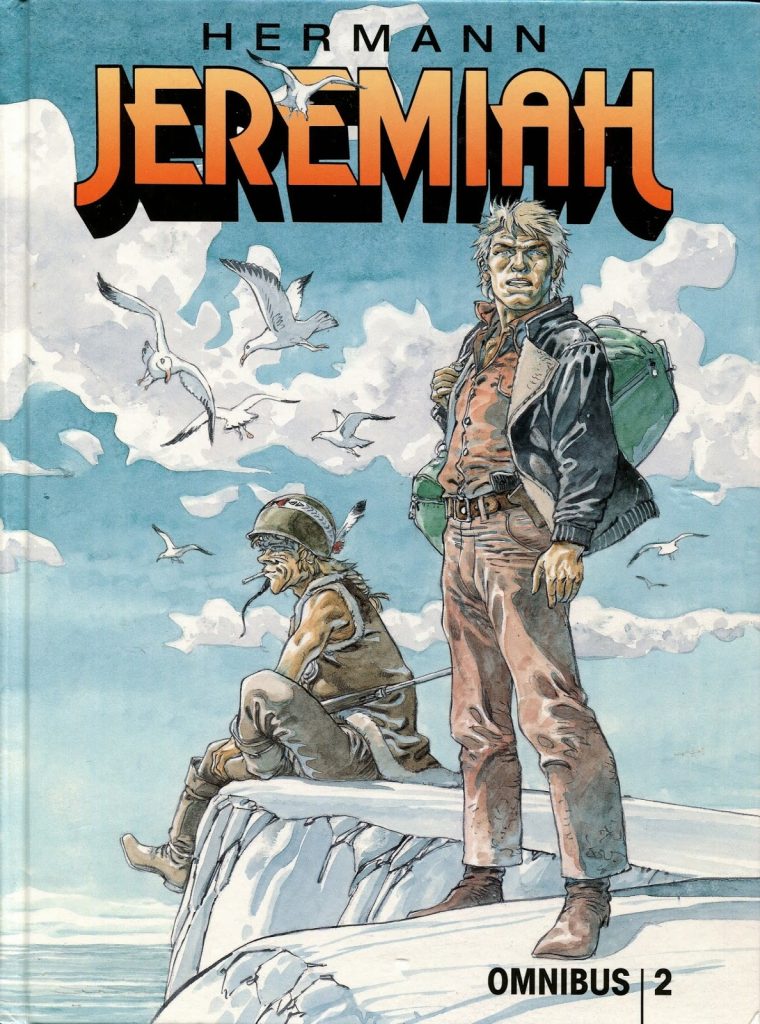 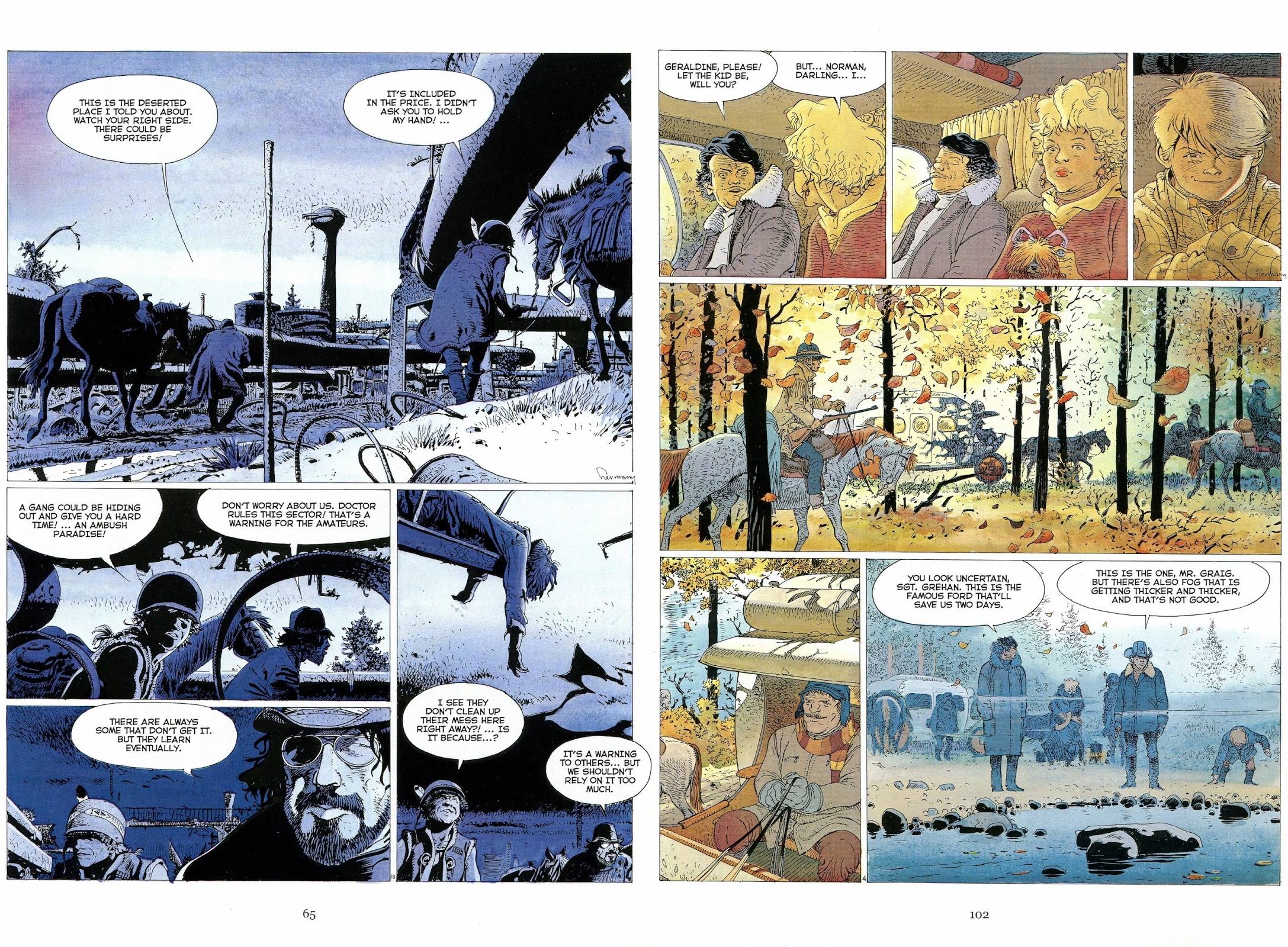 The first Jeremiah Omnibus compiled the opening three volumes of a series that now numbers 38 books in Europe, and as good it as it was, this content is where Hermann begins to define the series, moving it beyond the original Western influences.

Only ‘The Eyes That Burned’ has previously seen print in English, in 1983 under the revised title of The Survivors. In a brief introduction Hermann offers the explanation of the story starting when he envisaged Jeremiah and Kurdy crossing the path of a travelling entertainer in a cape and top hat. From that he creates a story that constantly wrong-foots readers, supplying mystery, danger and possibly the supernatural along with the more familiar crime activities in the post-apocalyptic world. For a more detailed analysis follow the link.

‘A Guinea Pig for Eternity’ swivels the spotlight on Kurdy, who’s more visually interesting than Jeremiah, that created via the simplicity of a G.I. helmet with a feather attached worn over a bandana. It’s the story where Hermann really opens his world up, showing advanced science still exists, just not right alongside the scrappy communities the series has so far shown. Kurdy is visited by Stonebridge, an old acquaintance he knows well enough to be wary of. We already know Stonebrige isn’t to be trusted and is employed by a sinister doctor, and things don’t improve for anyone from that point.

‘The Cult’ begins a theme that Hermann would explore again in Jeremiah, prominent in another of the few English translations, Strike, and prefaced by a brief introduction in which Hermann professes his dislike of cults. We meet Jeremiah and Kurdy as extra protection for an army officer escorting a wealthy family through dangerous territory. Not that there’s a bad page of art anywhere in this Omnibus, but ‘The Cult’ is especially expansive. Hermann’s pen and ink delicacy creates memorable looking characters, while his formidably produced scenery is expertly coloured by F. Raymond to supply beautiful russet forest scenes and murky foggy ones. The combination of art and a story that’s part journey, part mystery and part horror makes for the best of Jeremiah so far, and one only rarely bettered over the entire series. Hermann even misleads readers throughout to construct his ending, and leaves several items satisfyingly unexplained, leaving us to speculate what the future holds for a particularly sadistic child.

The one downside of this collection is the poor translation. It’s very literal, with awkwardly constructed dialogue that just isn’t the way Americans speak, while dry comments lose something converted to English. For the time being, though, it’s the best we’re going to get. As with the first volume, copies of the print version are prohibitively expensive, but digital versions of the individual books are more easily sourced. Three more stories are translated for Jeremiah Omnibus 3.