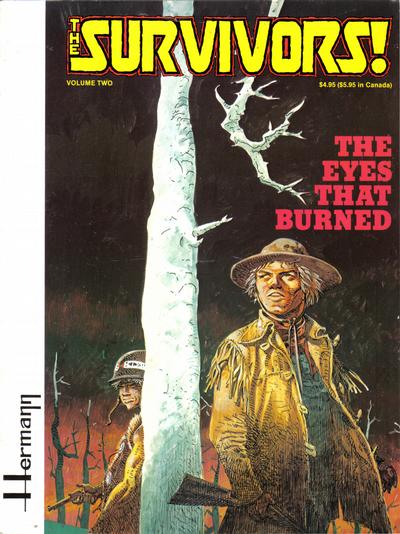 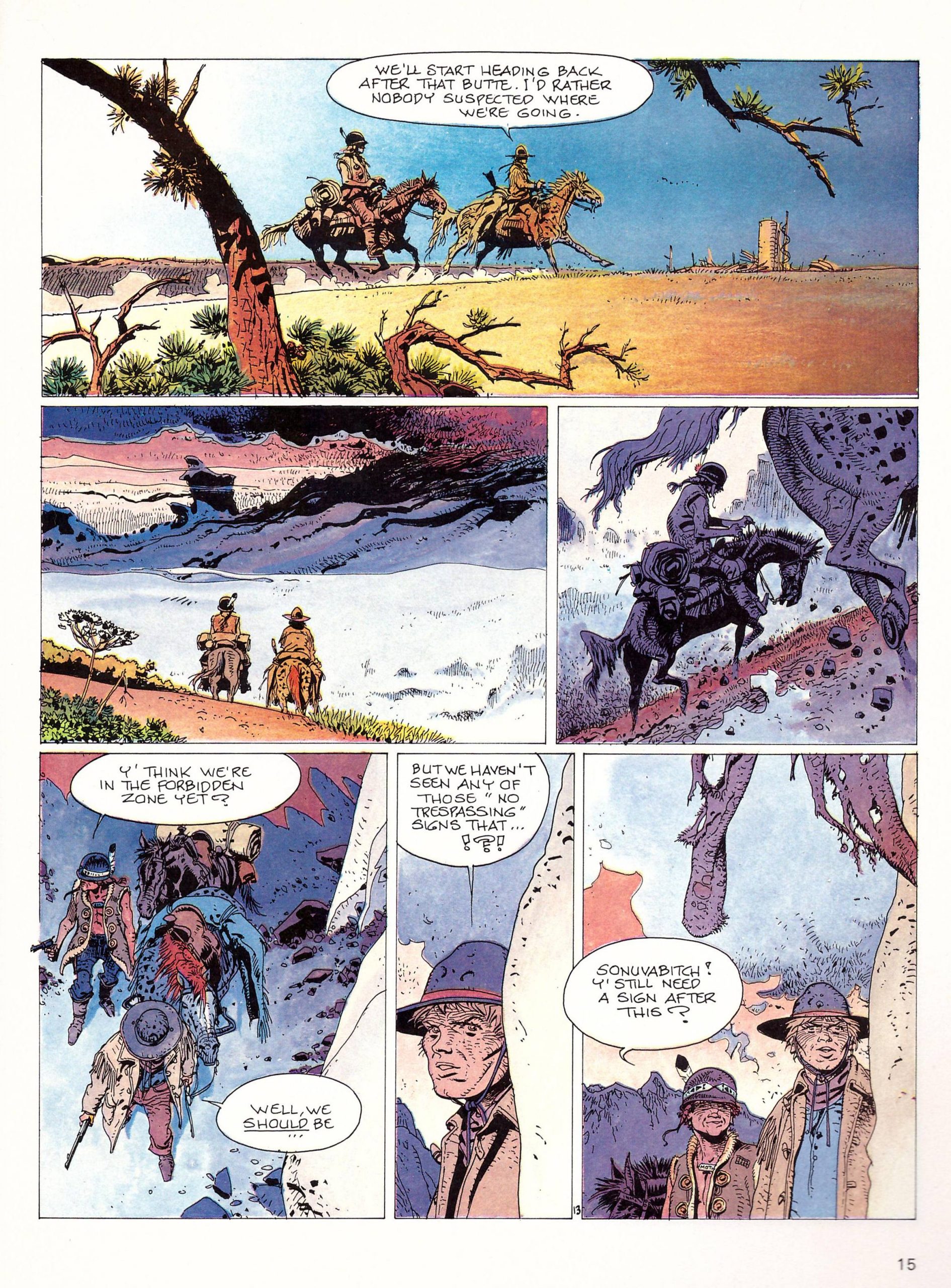 This is the second of two volumes issued by Fantagraphics as The Survivors, but is actually the fourth in series known as Jeremiah in Europe. The two stories separating them, Fistful of Sand and The Heirs are found most easily as digital copies in English, or were collected in the currently very expensive first Jeremiah Omnibus.

Since first hooking up with Kurdy Malloy in Talons of Blood, Jeremiah has developed, become less impulsive, although not entirely so, less trusting and more cautious in the post-apocalyptic world. He’s still hoping to find his parents. After starting the feature more or less as a Western, creator Hermann has opened up his world, which now features more technology and he steps forward again here with the introduction of dune buggies and a flamboyant travelling show. He also introduces what seems to be a supernatural element, strange events happening in a strange environment.

The most puzzling aspect of why Hermann’s work has never really caught on in English is that he’s such a phenomenal artist, a real all-rounder with quality and depth. Some artists prefer the life of people, others concentrate on technology, while some find the joy in creating landscapes or nature. Hermann provides all that coupled with visual imagination and a pride in his work. Even though the background is relatively sparse on the sample page, he’s not just taking the easy route with the panel compositions. Only the final two are close-up, because they need to be to best tell the story. In other places the combination of the delicate pen-inked figures, abstracted shapes and the colours applied by F. Raymond deliberately combine to bring the ethereal art of Moebius to mind. The contrasting imagery of remarkably dressed carnival performers and desert landscape shouldn’t work, but does.

This is the strongest Jeremiah outing since the first, Hermann constantly highlighting assorted dangers, and keeping the audience and cast off guard via the strange desert environment. Most mysterious aspects have a satisfactory explanation, and that feeds into a nailbiting climax. A pleasing touch is that Hermann doesn’t take the American route of having to explain every detail, content to let readers put together that a post-apocalyptic world throws up strangeness and anomalies.

The Eyes That Burned is one of only two English language print version of Jeremiah to be found at a reasonable price (as of writing). It opens the second Jeremiah Omnibus, also currently expensive, but is easily found in digital form. It’s also worth noting that almost any Jeremiah story can be read on its own without reference to the remainder. Returning characters are rare and Hermann supplies all the needed information every time. 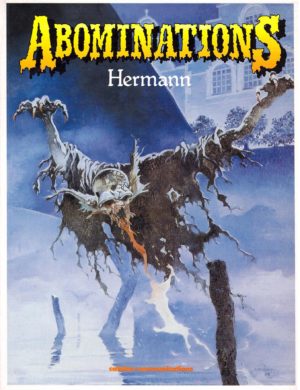