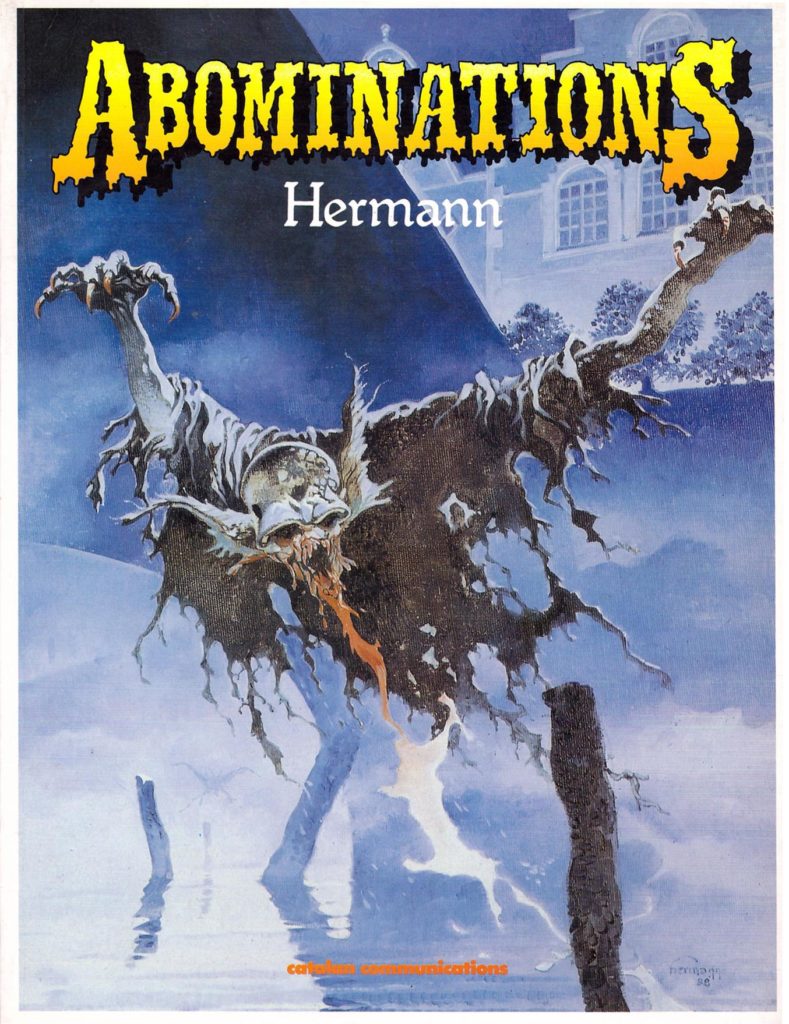 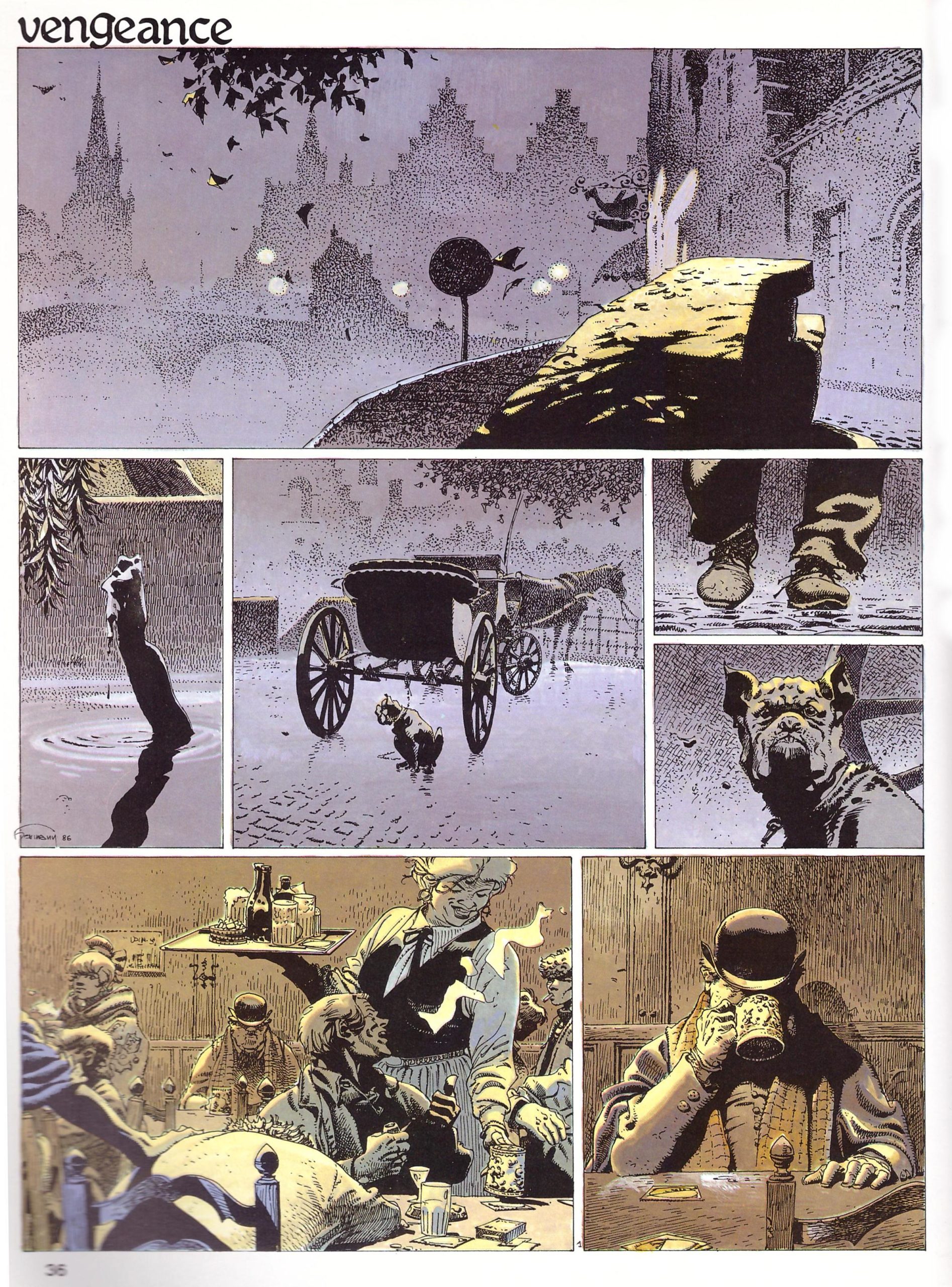 Throughout Europe Hermann Huppen’s graphic novels sell phenomenally well, and have done for decades. He’s a considered a master artist, which he is, has an incredibly diverse bibliography and range, and each new graphic novel he issues is an event. Except in English, where no matter how many tries there have been to foster an equal appreciation, his work has largely been ignored. At the last count Dark Horse, Fantagraphics, SAF, Titan and Venture had all taken a punt and a bath on Hermann. It’s mystifying.

Catalan Communications were early adopters, publishing this collection of four horror stories. They didn’t boost their chances of success with publisher Bernd Metz’s sometimes just functional translation, but truth be told, this isn’t Hermann’s finest work. Oh, the art is to drool over, evocatively dark, the people individual, if now all looking to be clothed from the 1970s vintage shop, and the scenery beautifully rendered in Hermann’s stippled style, but the first three stories barely cut the mustard. There’s a gratuitously violent piece of a murder and revenge in the present day, a horror in primitive times with a twist ending, and ‘The Cage’. This has its moments, but never escapes the feeling of a being an out-take from Hermann’s signature series Jeremiah, with the lead character resembling him. It occurs in a time similar to Jeremiah’s deprived future, featuring a group holed up in a building where the night watch is housed in a steel cage suspended from a winch. Everyone has to take their turn. It’s not really the horror suggested by the cover.

That cover painting is a representation of the best piece, ‘Vengeance’, a moody evocation of Nosferatu in one of those vague 19th century European villages so often seen in the Hammer horror films of the 1950s and 1960s. Here Hermann is on top form, the illustration stunning and the storytelling sublimely cinematic, as Hermann plays with fog and vampires. The thirteen pages are so well constructed that their quality considerably outranks the remainder. Hermann’s art is always worth looking at, and ‘Vengeance’ combines it with a worthwhile story, but don’t expect much from the rest.