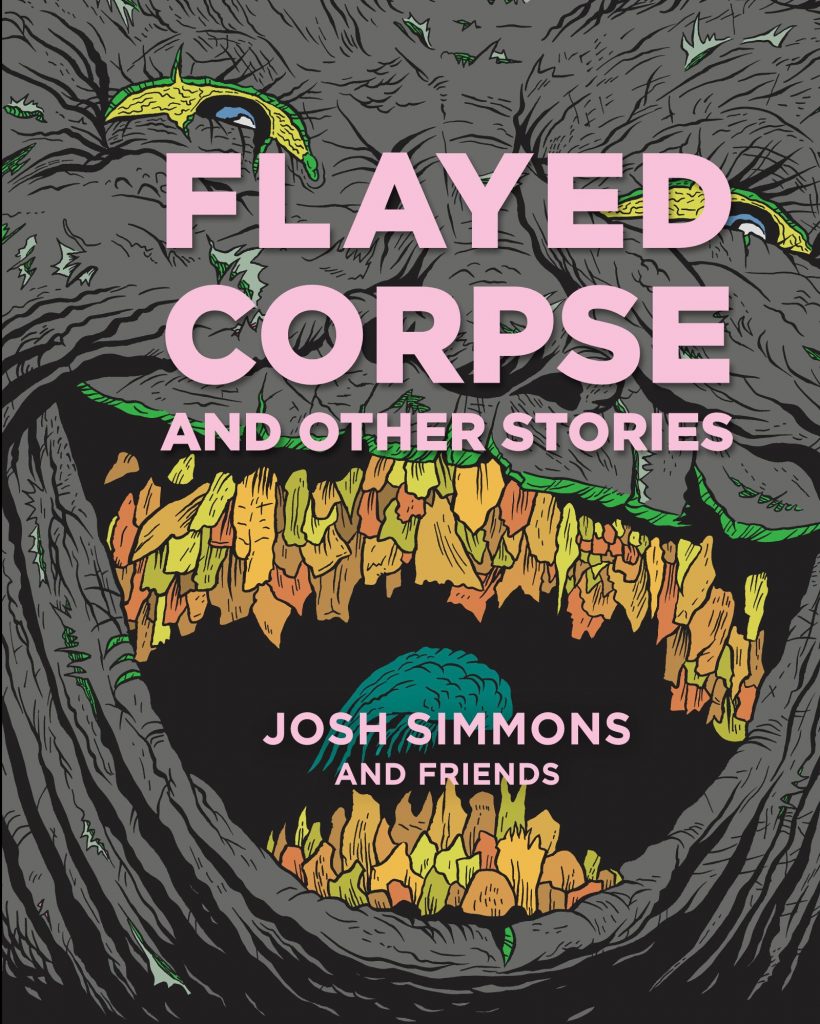 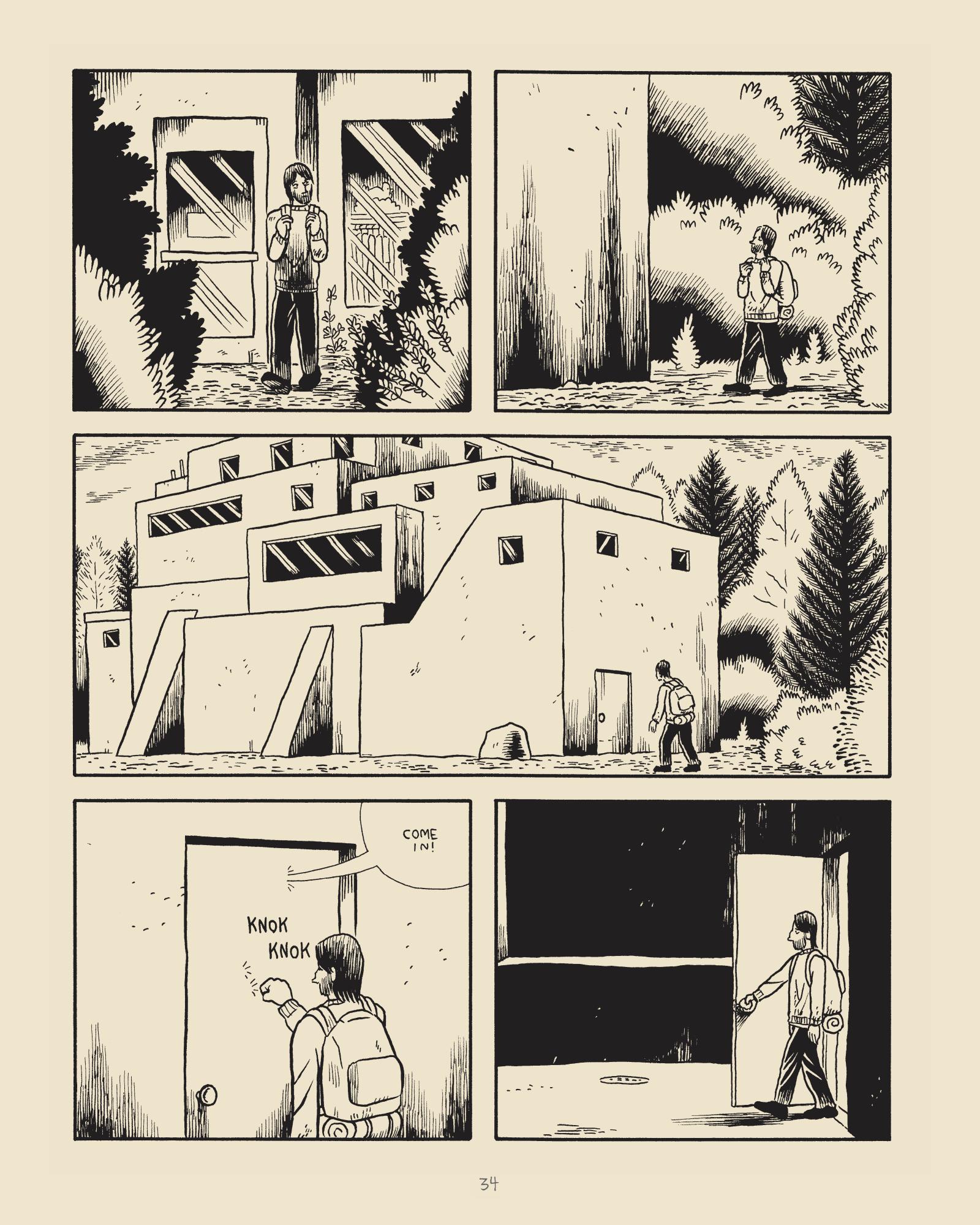 Josh Simmons has carved out a niche producing individual, thought-provoking and unsettling horror material that shys away from the well worn paths. It’s a method that didn’t develop overnight, and Flayed Corpse presents the stepping stones to what Simmons became, cataloguing his contributions to assorted zines and anthologies, alongside some strips that didn’t even make it that far.

The earliest strips are dated 2010, and are rough around the edges, but already displaying an artistic confidence, and as Simmons progresses his more detailed approach develops. His is a very decompressed method of storytelling, but in this shorter material it lacks any sense of just filling pages, which sometimes applies to his longer stories. Every reader has a threshold for the line separating setting a mood and rambling, and the work here never exceeds that. Also apparent from the earliest work is Simmons’ ability to unsettle. The title strip is a disturbing two pages in which medical staff discuss the final minutes of the corpse in question, offering absolutely no comfort, just dispassionate assessment before a swerve into equally depressing theological pronouncement.

That strip sets a tone, but Simmons isn’t a one note creator. His work may have a universally bleak outlook, but it’s shaded. The contrasts are highlighted by Simmons collaborating with others. His plot illustrated in the painterly style of James Romberger moves toward more traditional slasher horror, but the cartooning of Pat Moriarity overlays a Dr Suess-like spirit to ‘The Great Shitter’. When assessed, the premise is as downbeat as anything else – a community living in the shadow of a truly enormous monster that shits on them 24 hours a day – but the interpretation is hilarious. Other strips also begin with a preposterous premise such as a dog way too large for the house it lives in, but move into different territory. Simmons notably delivers darkly funny material with a straight face. ‘The Incident at Owl’s Head’ is 33 pages of constantly surprising events starting when a stranger arrives in town, providing a good example of a story that only really works as comics. Prose or film could provide a variation, but only comics can mix the effects with the everyday as effectively.

Simmons works primarily with tension rather than violence to achieve a response in most stories, but extreme violence does manifest. It’s not without consideration, though. The most violent strip is the collaboration with Romberger, but given a thoughtful preamble beyond the slapdash personalities applied to the forthcoming victims in slasher movies. Several strips are open-ended, but none the worse for that as the atmosphere has been established, and there’s the occasional trip into metaphorical statement. What connects almost all is the individual mind. ‘Seaside Home’ is perhaps the ur Simmons statement, combining isolation, innocence, terror and tragedy to fantastic effect over eleven doom-laden pages. It’s terrific.

Contrarily, Simmons ends with autobiographical strips, but the tensions of a miserable party, a life-threatening experience and the pain of creation fit the prevailing mood. In fact ‘Happy New Year’ echoes the earlier fictional ‘Country Road’ with a different sense of life preservation and ethical choice.

Because he rarely deals in the obvious Simmons is a creator to be cherished, and as the best of these short pieces top his long form work to date Flayed Corpse and Other Stories is no perfunctory round-up, but essential.