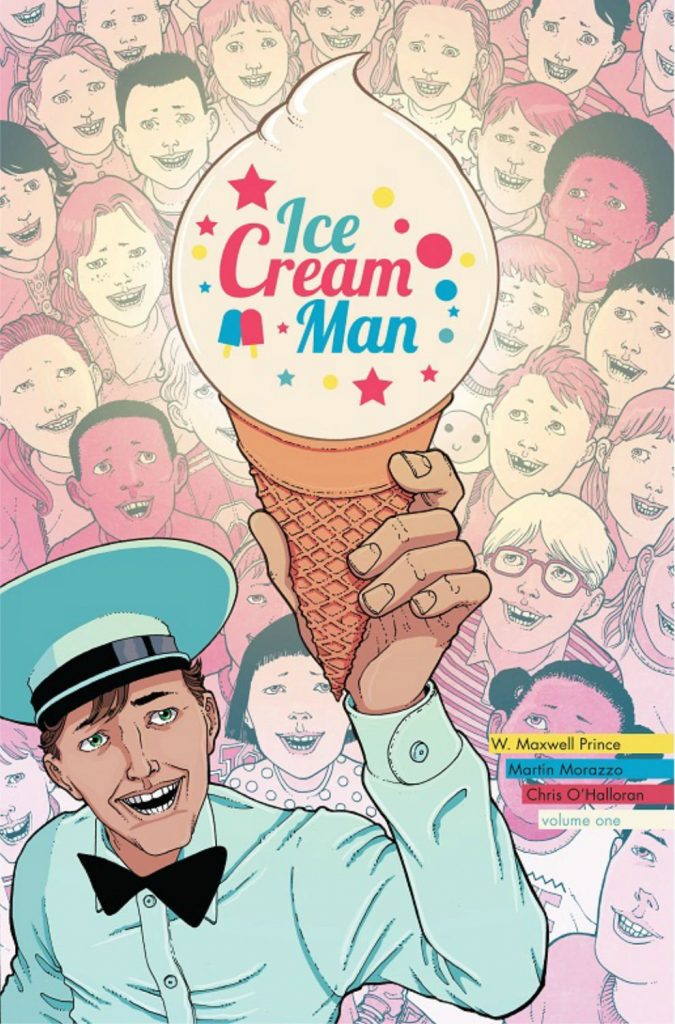 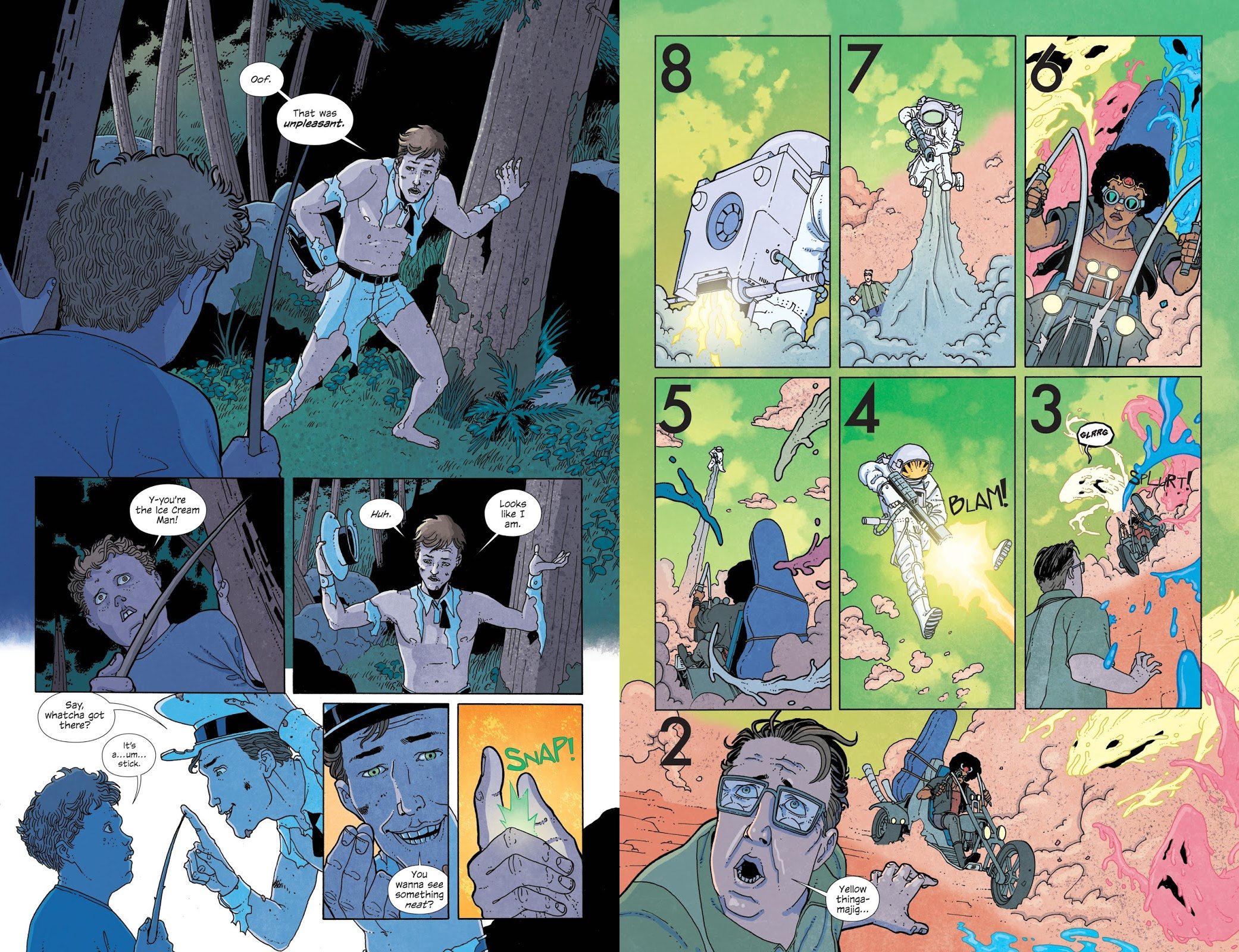 Ice Cream Man is a delight if you like your horror with a twist of crime and some cruelty with your drama. Over four chapters of small town blues W. Maxwell Prince takes a tour of suburban life, the only connecting point between them being people will run into the Ice Cream Man at some stage. Oh, he’s a personable sort, friendly and polite with just the right flavour for each occasion, but he has his secrets, his dark side, and the town that’s maybe called St Generous would really be better off without him, except they don’t know that. With his signature phrase of “Lickety split! Fast as fast can be!” they believe he’s surely a town treasure.

Prince is rather having his cake and eating it, a writer of snappy and evocative short stories who’s working in a medium where serialisation is the standard. Via inserting the sinister Ice Cream Man into his taut tales, Prince has a recurring character, but one enabling him to do whatever he wants with the rest of the pages, hyper-imaginative, genre-straddling beast that he is. That Prince is of a certain age is disclosed by his choice of musical icons in the third chapter (“Captain Jack – he’ll get you high tonight”), but experience of life is desirable when constantly changing tack, and he wrings joy from doing so. The people we meet are largely remarkable, from the kid keeping the word’s deadliest spider to the tortured devil who’s spent a lifetime again attempting to channel the lightning in a bottle that enabled his one solid gold hit in the 1950s. Those that aren’t so remarkable like the craving junkie or the man stuck in a rut, are transformed by Prince who makes them people we want to know.

And what does artist Martín Morazzo make of all this? Beauty, my friends, beauty. He works with a delicate thin line creating precision from ink, ennobling some and degrading others, making us fear for the sweet children taking that ice cream and skipping away unknowingly. His world is the one David Lynch created in Blue Velvet, all white picket fences and freshly cut green grass until the devil comes home to roost. In terms of a style, Eduardo Risso’s fine line is the nearest touchstone, although there’s also something of Steve Dillon about the faces.

Four completely different stories are each compelling, all of them dealing in some way with dreams lost, and the sinister undertones are beautifully pitched. You know who else got away with telling whatever story he liked thinly connected by a title character? Neil Gaiman. And Prince is that level of good. Bring on Neopolitan Surprise. 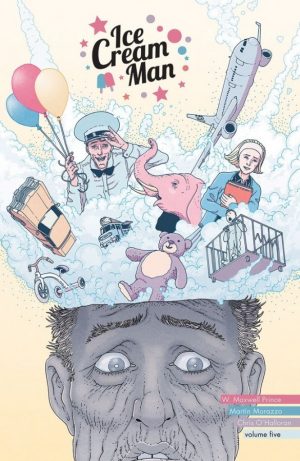