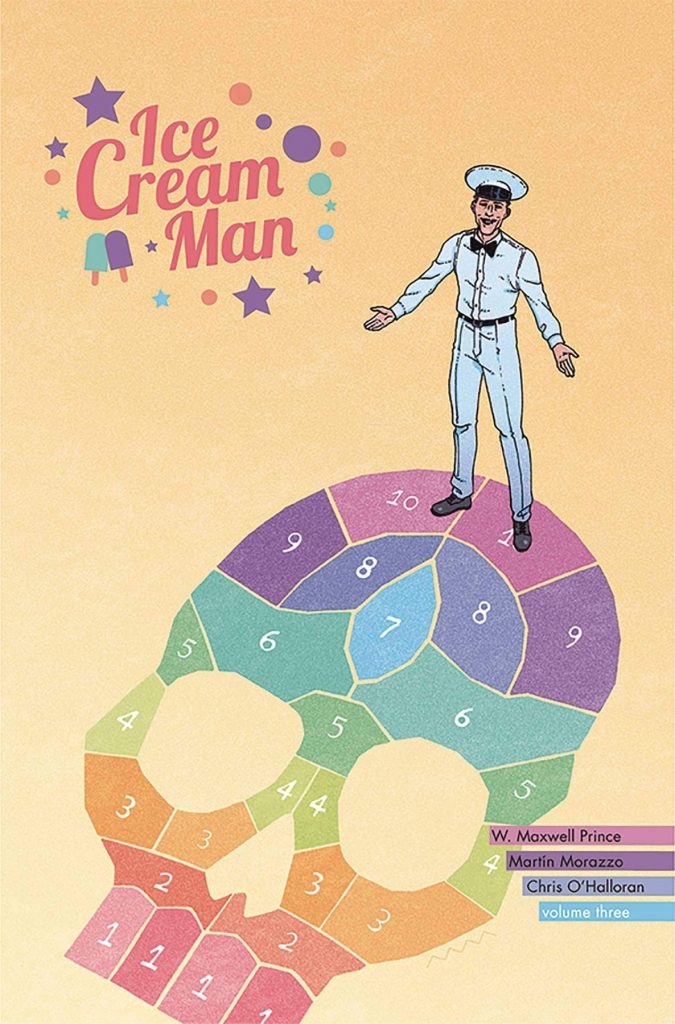 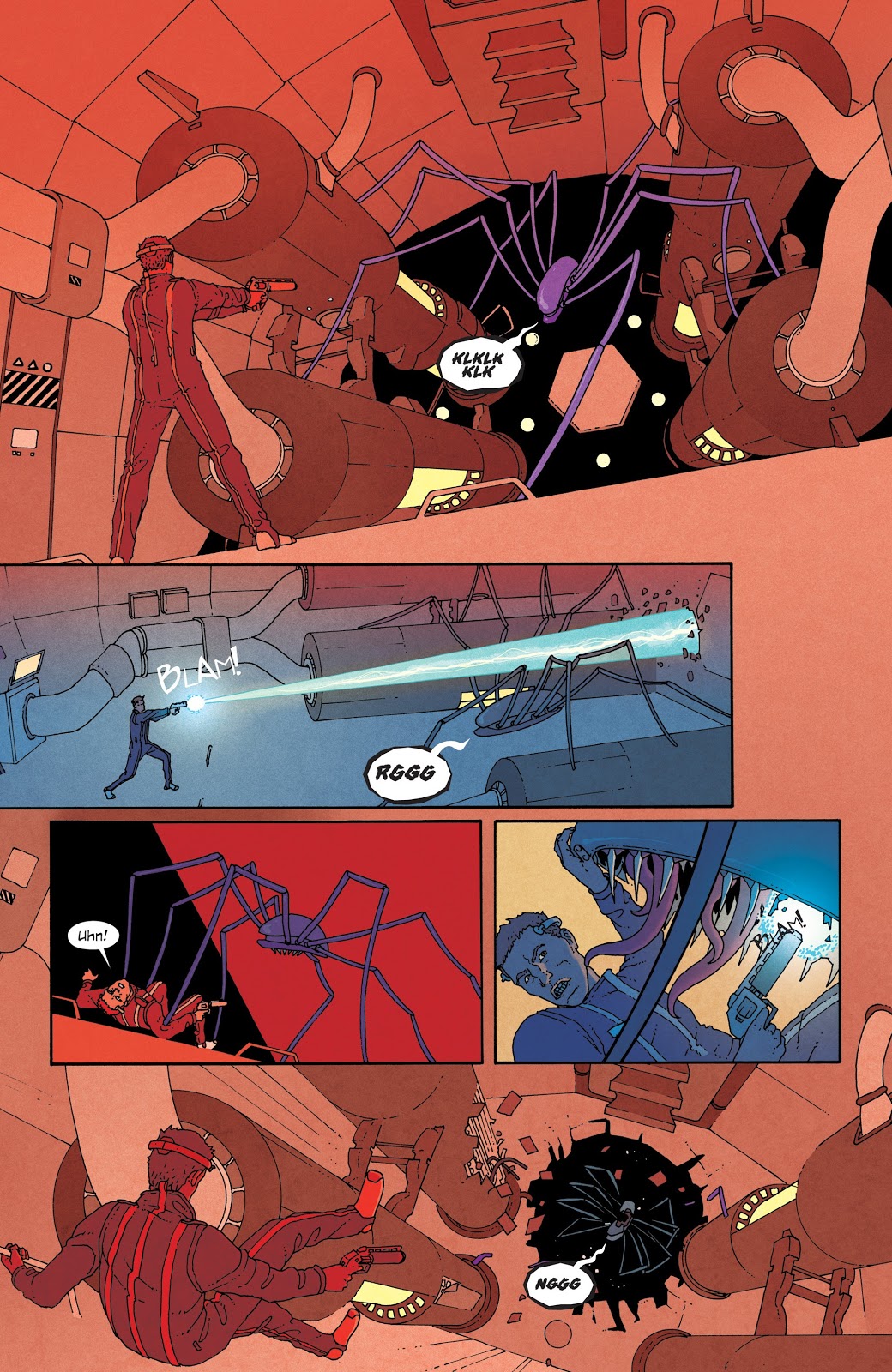 With Hopscotch Mélange W. Maxwell Prince and Martín Marazzo move beyond the confines of the town where most Ice Cream Man stories have been set so far to skip through a few different genres, Western and Science-Fiction delivered.

When he feels like it, over the previous two books, Prince has pulled the curtain back to display the Ice Cream Man behind the masquerade, Rick by name, as we learn in the first episode. That also gives a sort of explanation of how he ended up on Earth, and who Caleb is, although as we see him in that opening chapter he’s not yet the toughened solitary individual he becomes. We’ve not yet had a Western in Ice Cream Man, and this is it, providing the exhortation that his purpose is to “kick up dust”.

How likely are you to head to google translate and type in half the dialogue from a comic? Well that’s Prince’s suggestion for the following chapter, which takes place in Mexico on the Day of the Dead, and a good portion of it is in Spanish. So far Ice Cream Man has been witty, innovative and totally tremendous, but this is arrogance, even if Marazzo’s clear art conveys the gist of the plot. There are surprises, but even leaving aside the matter of the Spanish, neither this nor the opening chapter, both toying with Western iconography, match the jaw-dropping splendour of what we’ve read in Rainbow Sprinkles and Neopolitan Surprise.

A tour satirically exaggerating the horrors of reality TV has the likes of Family Autopsy posing the question “What killed Uncle Bob?”. Will has thirty minutes to perform an autopsy and discover the truth. Reality shows are easy targets, but the level of invention here matches the masters in that arena, John Wagner and Alan Grant’s dabbles in Judge Dredd. However, Ice Cream Man isn’t aimed at children, so the art is far more explicit. Probably too explicit for some.

Prince and Marazzo close with their space epic, seemingly inspired by the question of whether anyone hears the scream if you’re alone in space. Again, it’s unsatisfactory compared with the previous two collections, the opening half pretty well conventional SF. Marazzo ensures it’s nicely drawn SF, but plain SF it is. There is a twist, and it’s part homage, but the inspiration is minimal.

If Hopscotch Mélange had been the first Ice Cream Man collection the consensus would have been that it was a nice enough twisting of genre expectations, and the art was a treat. Prince has raised us to expect far more, though, and this is a drop in quality. Let’s hope Tiny Lives pulls the series back on track.