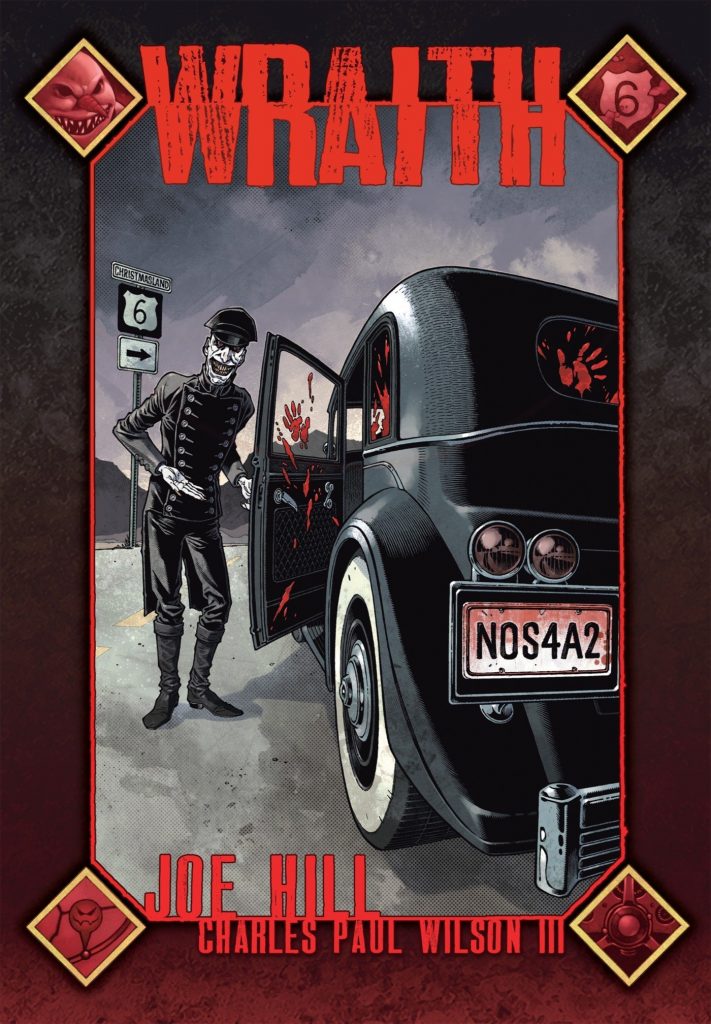 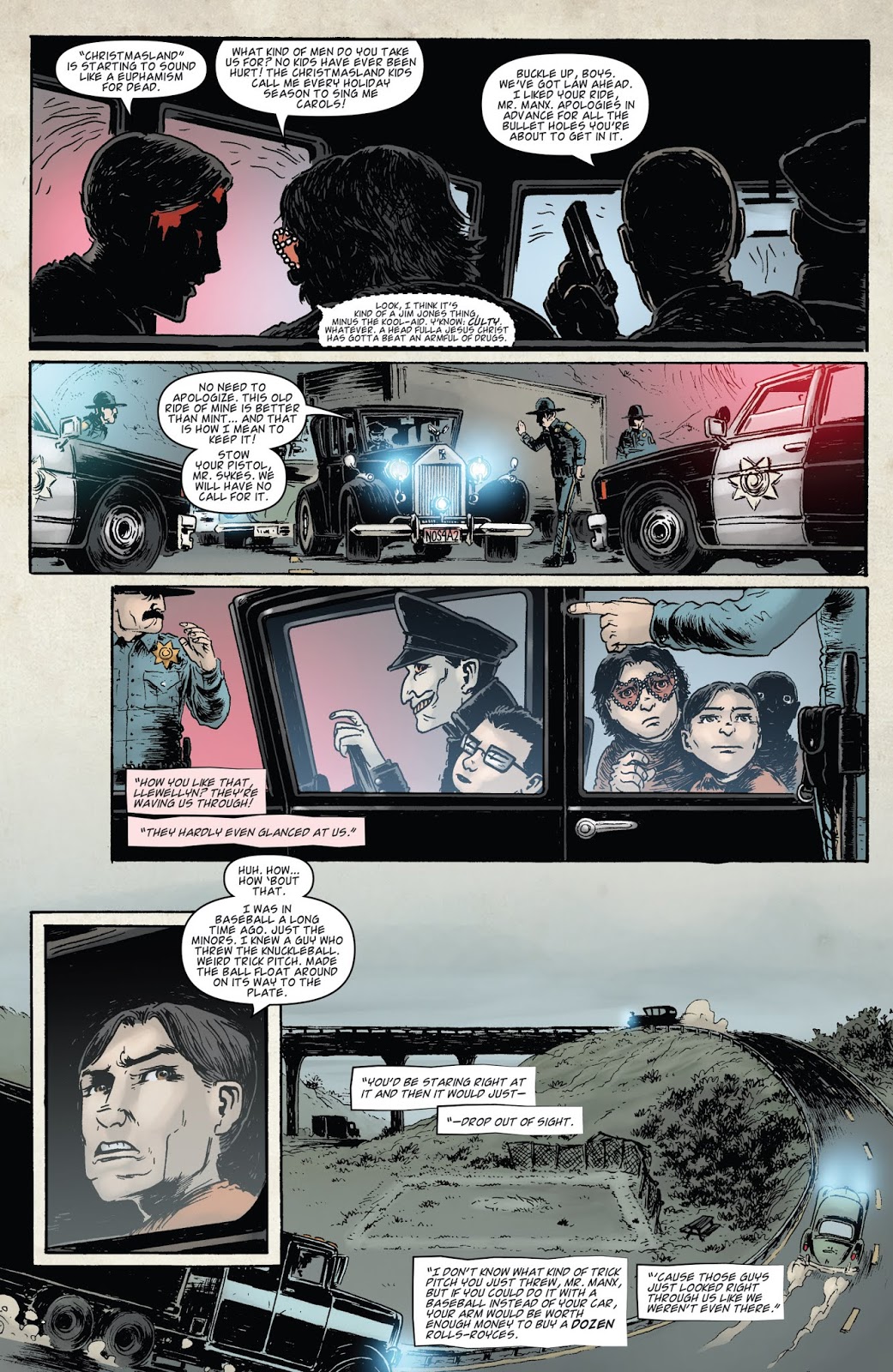 Christmasland was introduced in Joe Hill’s novel Nos4a2 (or Nos4r2 if you went for the British edition with superior phonetics), along with its unsavoury leader Charlie Manx, the book title doubling as the number plate of his vintage Rolls Royce Wraith. An opening chapter reveals just how Charlie came to Christmasland in the first place, living up to all expectations by being suitably grim, before we hit the main feature of three criminals being ferried to prison. One of them knows just how to call on Charlie in order to circumvent their fate, and he duly arrives to drive them to Christmasland.

If you’ve read Hill’s novel, you’ll know Christmasland is his imaginative messing with the legends of Peter Pan and vampires. Children carried there never grow old, but they do become vampires, and they have ways of dealing with unsavoury types from the real world. It’s a neat enough set up, but where Hill’s earlier graphic novels were largely punchy and to the point, he’s paced Wraith as if writing a novel, and it’s a fatal flaw. Instead of creating a tension it requires artist Charles Paul Wilson III to stall for time on so many occasions as he either has to fit in more words than are necessary to tell the story (very apparent in the prologue) or to stretch out the inevitable, which dilutes the suspense.

The three criminals transported to Christmasland are a psychotic Joker type, a child molester, and a more ordinary person who seems decent enough, and whose story we learn as Wraith continues. Of course, given their characters we have expectations as to their fates when faced with an immortal malign presence, and Hill duly complies. The only real step away from expectation is the nicely introduced method of possible salvation.

Wilson’s art is detailed and suitably horrifying. The idea of feral vampire children is a primal enough threat, and Wilson brings that out while he also revels in perverting what ought to be the joys of Christmas and its trappings. The highlight is a terrific maze spread, and after reading Wraith you’ll never look at a petting zoo in the same way again. A few problems with foreshortening should be glossed over. Wilson’s also adaptable, coping well with a final, only vaguely connected epilogue produced in the style of an old fashioned illustrated storybook. That’s actually the highlight, Hill more comfortable with prose, the plot surprising, and delicately paced.

Wraith is now perhaps best experienced collected along with several other standalone pieces as Joe Hill: The Graphic Novel Collection.