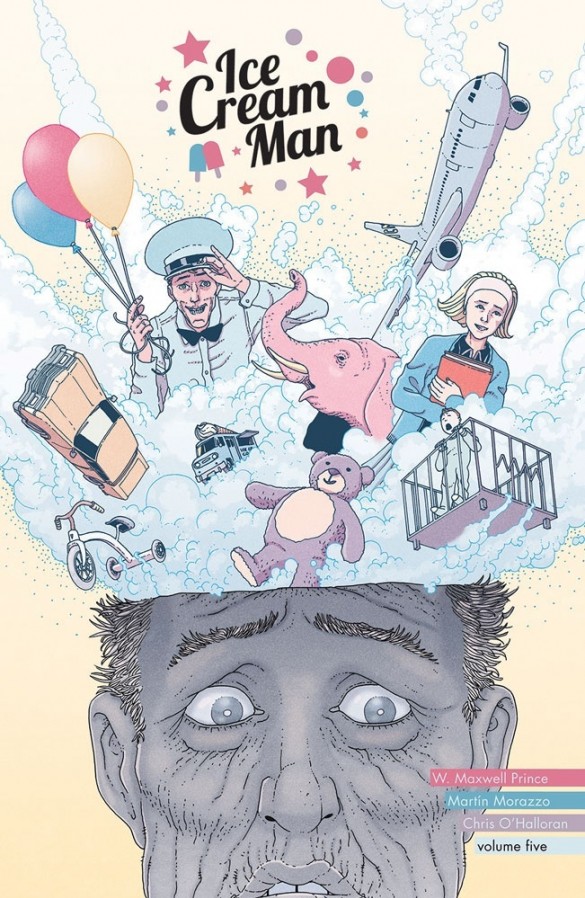 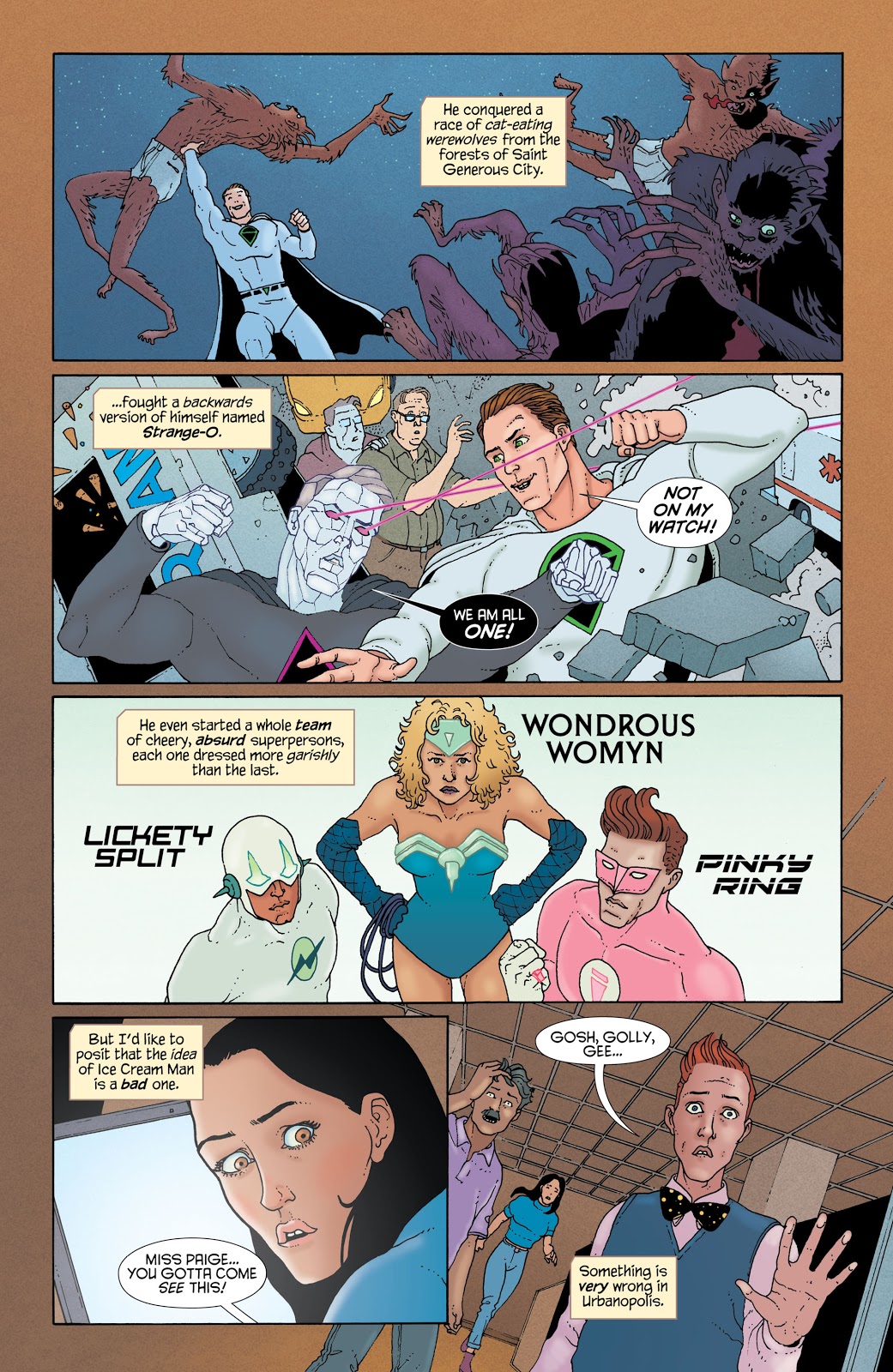 Ice Cream Man continues to be the most inventive horror series comics have seen in many a year. Each collection features four vaguely connected stories touching something primal within us, and exploring different avenues of horror via a demon sent to torment us. Everything is clever, everything is well drawn by Martín Marazzo, and these are haunting stories with a great variety to them.

The most haunting is the second presentation, of a man convinced a demon is stealing his memories. Whether that’s the case, or W. Maxwell Prince is creating an allegory for the Alzheimer’s process is debatable and also irrelevant. As the man lies in his hospital bed he reflects on his life, the demon occasionally moving into view, re-living memories that evaporate as he recalls them. We learn of his regrets and his legacy as his surviving family visit, and while it features whimsy and contradiction, this is a heartfelt tragedy of a life in severe decline.

Could that be a recoloured chapter missing from Grant Morrison and Frank Quitely’s memorable All-Star Superman opening the book? Hmmm. The hero here is all in white and known as Ice Cream Man. By this stage in the series a superhero satire may strike as too small a challenge for Prince, but he doesn’t take the easy route. He supplies a conceptual density, tossing in astounding ideas like the creatures bred desiring to be eaten, and the ending twist is neatly conceived.

It’s not the only satire offered, as the final story features the only sighting of the Ice Cream Man himself as he reads a bedtime story to two children dressed in cute little Ice Cream Man uniforms. As might be imagined, though, this is not a comforting experience. “People are so susceptible to bad ideas”, notes the Ice Cream Man, before settling in to besmirch some souls. Marazzo is called on to draw in the style of several different children’s stories, and manages each impeccably. “Would you smoke weed with coke?” asks the gremlin in the Dr. Seuss parody.

A diagrammatic tour through a man’s life in three disturbing acts completes the selection, laid out as if a pictorial instruction manual. Few lives seen in Ice Cream Man are happy, and this is no different with the man constructed from one horrifying childhood incident.

Consistently inventive, stomach turning and thoughtful, this is a great collection from a great series. Roll on Just Desserts. 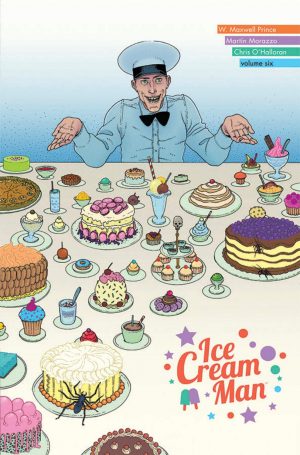