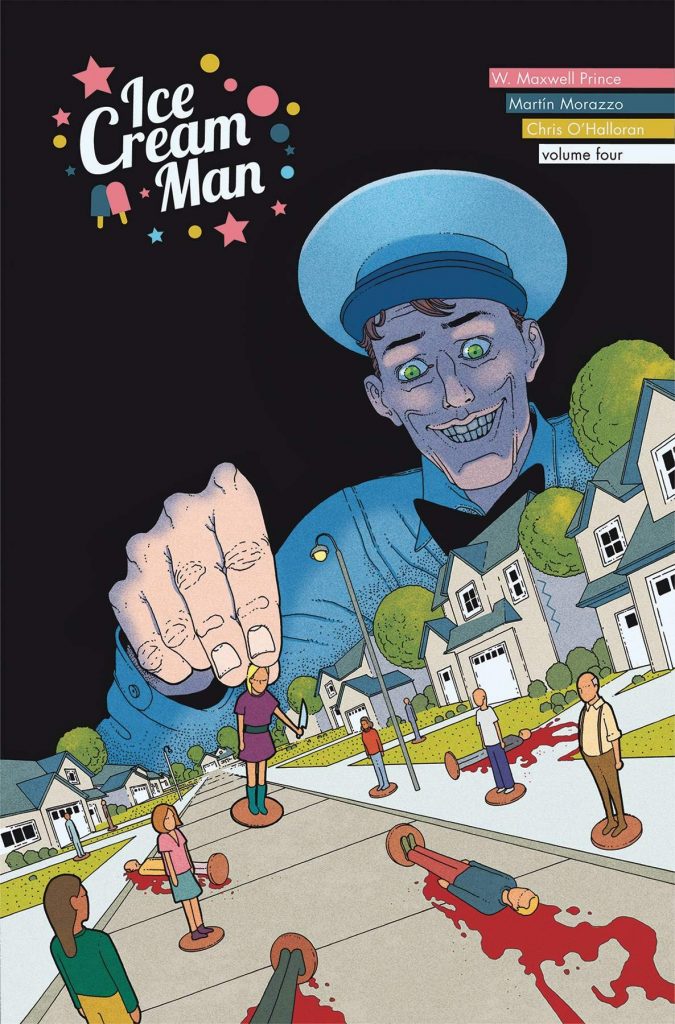 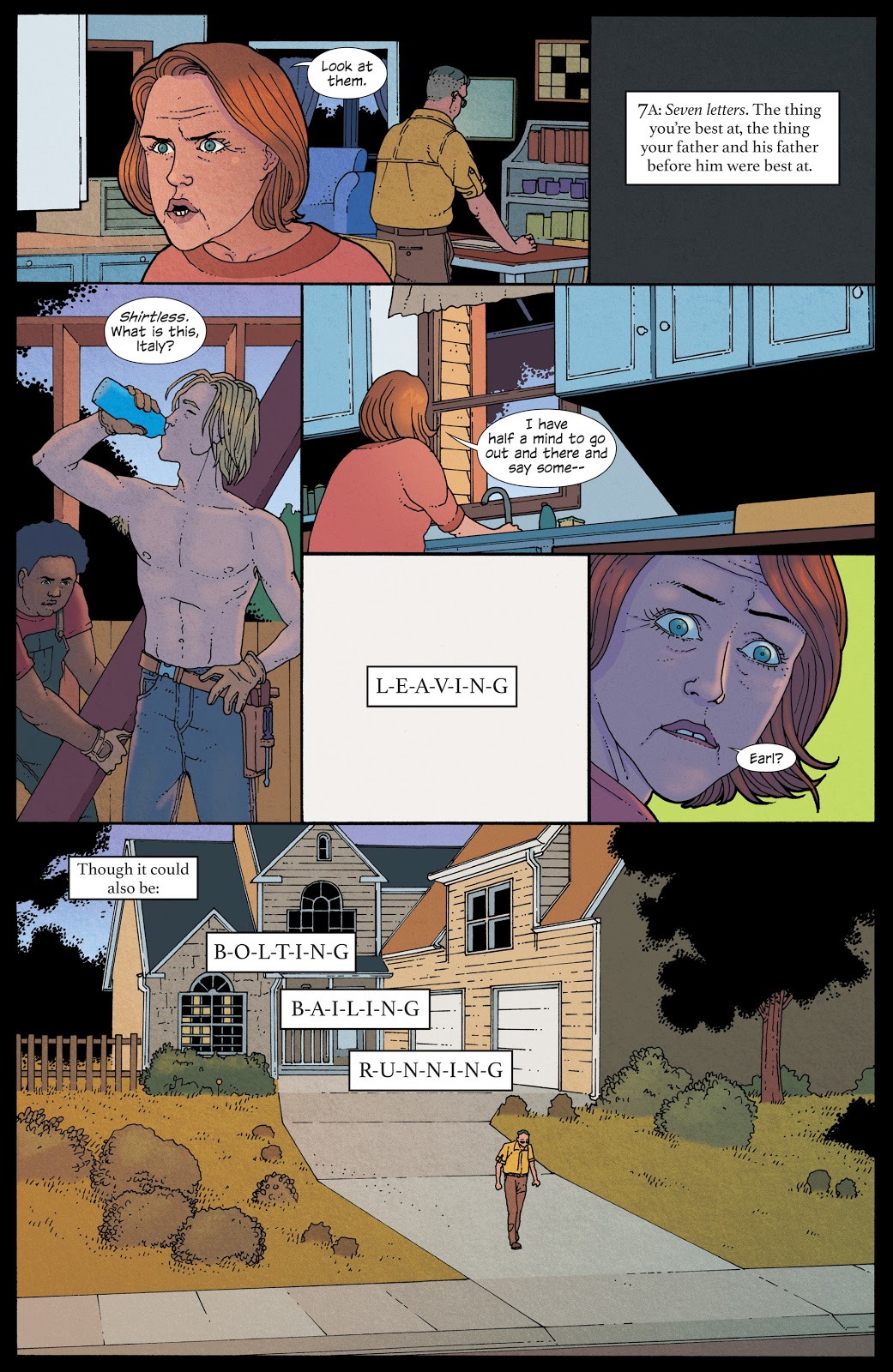 Inventive plots with neat twists and interesting characters populating those plots already mark W. Maxwell Prince as a superior writer, but it seems there’s an additional need to stimulate himself beyond that, so we have the intellectual exercises that begin Tiny Lives. The first two stories both feature men who feel themselves crushed by life, and involved in puzzles by Prince. As a conceptual toying with structure ‘Palindrome’ is very clever, but in ensuring the detail is all correct, Prince isn’t seeing the wood for the trees, and it’s not much of a story. The hell the middle-aged Earl and his wife are put through in the crossword puzzle themed piece that follows is infinitely better, Prince pecking away at their lives until the truth is confronted and a demon exorcised. It’s rare that anyone emerges from an Ice Cream Man story better for the experience, but it seems on occasion Prince can be a merciful god.

Due to the format Martín Marazzo has to knuckle down and discipline himself for first episode, but there’s some greater freedom in the second, which incorporates the crossword motif visually as well as verbally. The stark black used in places emphasises that his composed art can be similar to Eduardo Risso’s pages, and that’s high praise, folks.

Over the course of three previous collections Prince has taken us down some dark roads, so to state that the disintegration of Lily in ‘Coat Check Story’ stands us the most depressing piece to date has some weight. Prince reworks the themes of loss and anger from ‘Palindrome’ into something more primal, providing ammunition for anyone who’s ever considered the world was set against them. It manages the neat trick of it being both cerebral and accessible, and at first the title story seems tame in comparison. Sure there’s the awkwardness we feel about Mitch reading his seventeen year old daughter’s diary and the phrase “I want my first time to be with Derek” jumping out, but a support group meeting is kinda dull. However, it’s Mitch’s second dip into the diary that is the kick to the nuts, and he can’t stop there.

Taking the Ice Cream Man stories sequentially, Prince hit a bit of a dip in Hopscotch Mélange, but the sterility of ‘Palindrome’ apart, there are no such concerns about Tiny Lives. It’s Prince back to form, and Marazzo never lost it. Other Confections is next.