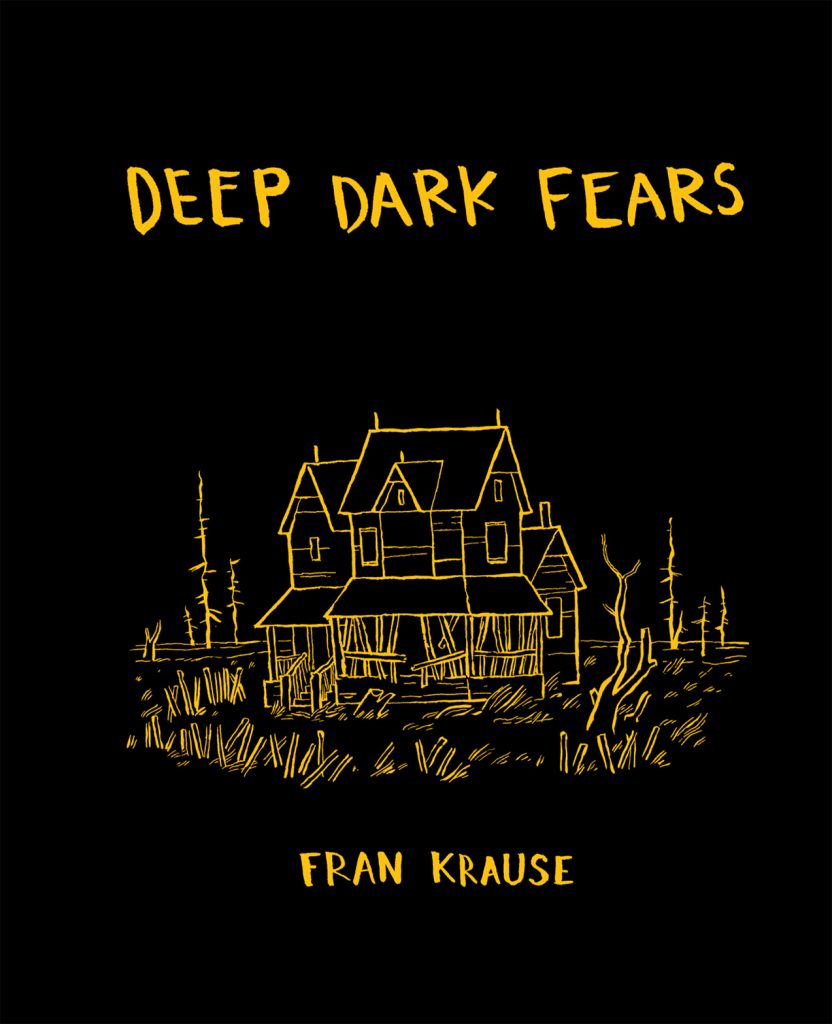 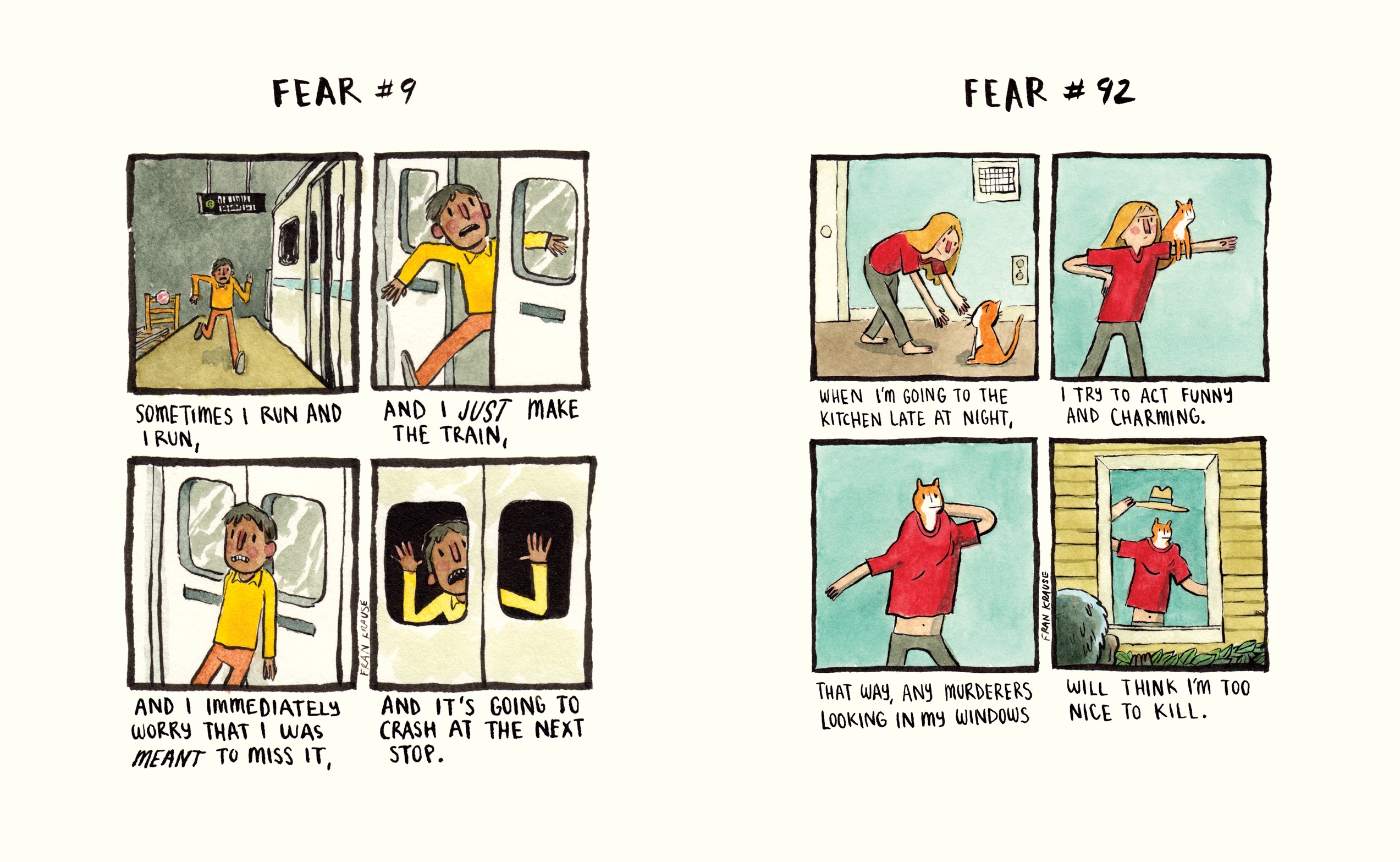 Several years before Jon Richardson, Ultimate Worrier, Fran Krause was exploring similar territory with his web comic Deep Dark Fears, beginning with his own fears and moving into those submitted by online readers. It’s fascinating. Anyone who won’t acknowledge an irrational fear is either lying or needs to be tested for psychopathic tendencies, so there are some beauties, Krause himself setting the bar high with only his second strip. It concerns his fear that he’s actually constantly screaming and people are just being polite in not pointing it out. He’s concerned an invisible guillotine hangs over him awaiting the opportunity to chop off a limb, his fingers will be wrenched from their joints by the force of a bowling ball, or that he’ll suffocate via a plastic bag blown in through his car window on a windy day. That’s not just three random strips selected for amusement value, that’s the three strips immediately following the revelation about screaming. Krause is a bundle of neuroses and the one thing he doesn’t seem to fear is sharing these with an audience.

Sadly, there is no separation line indicating which strips are Krause’s own fears and which have been submitted, although by fear number 11, a true horror film special, the voice is that of a woman referring to her boyfriend, and plenty thereafter feature women. There’s no gender demarcation line regarding the creepiness of events, but there’s a constant sense of wonder about the imaginative fears others have, some of which will prompt laughter, while others will have you looking over your shoulder. People can see your breath on a cold day, so do they see your farts as well? The warnings of religion and literalism about God being everywhere recur, as do fears of ghosts, and those prompted by lies told to youngsters by parents.

Krause has a simple style of cartooning, and applies bright colours, both effective for his stories, but his pacing annoys. Most strips consist of four square panels with text beneath. Some will occupy a single page with plenty of white surrounding, while others are run two panels to a page with even more white space. While a pause for emphasis is a perfectly acceptable narrative device, there seems to be no great reason for most to be split other than perhaps slowing down what’s otherwise a quick read. Think of the environment Krause! In most cases it’s just a case of Krause directly drawing what’s in the few lines he’s been submitted, but occasionally there’s room for extrapolation, proving Krause to have a creative mind beyond his anxious imagination.

If there’s any conclusion to be drawn other than other people’s fears being a lot of fun, it’s how broad and irrational those fears are. They make for compulsive, car crash reading, and Deep Dark Fears provides makers of cheap horror films with a career’s worth of free ideas.