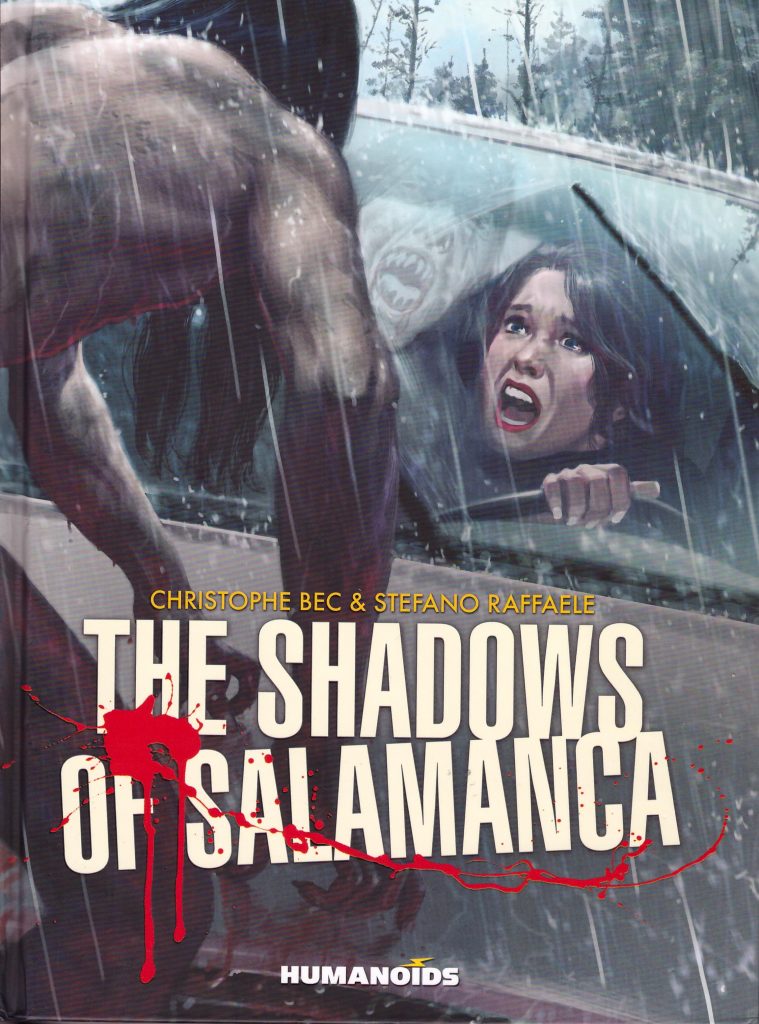 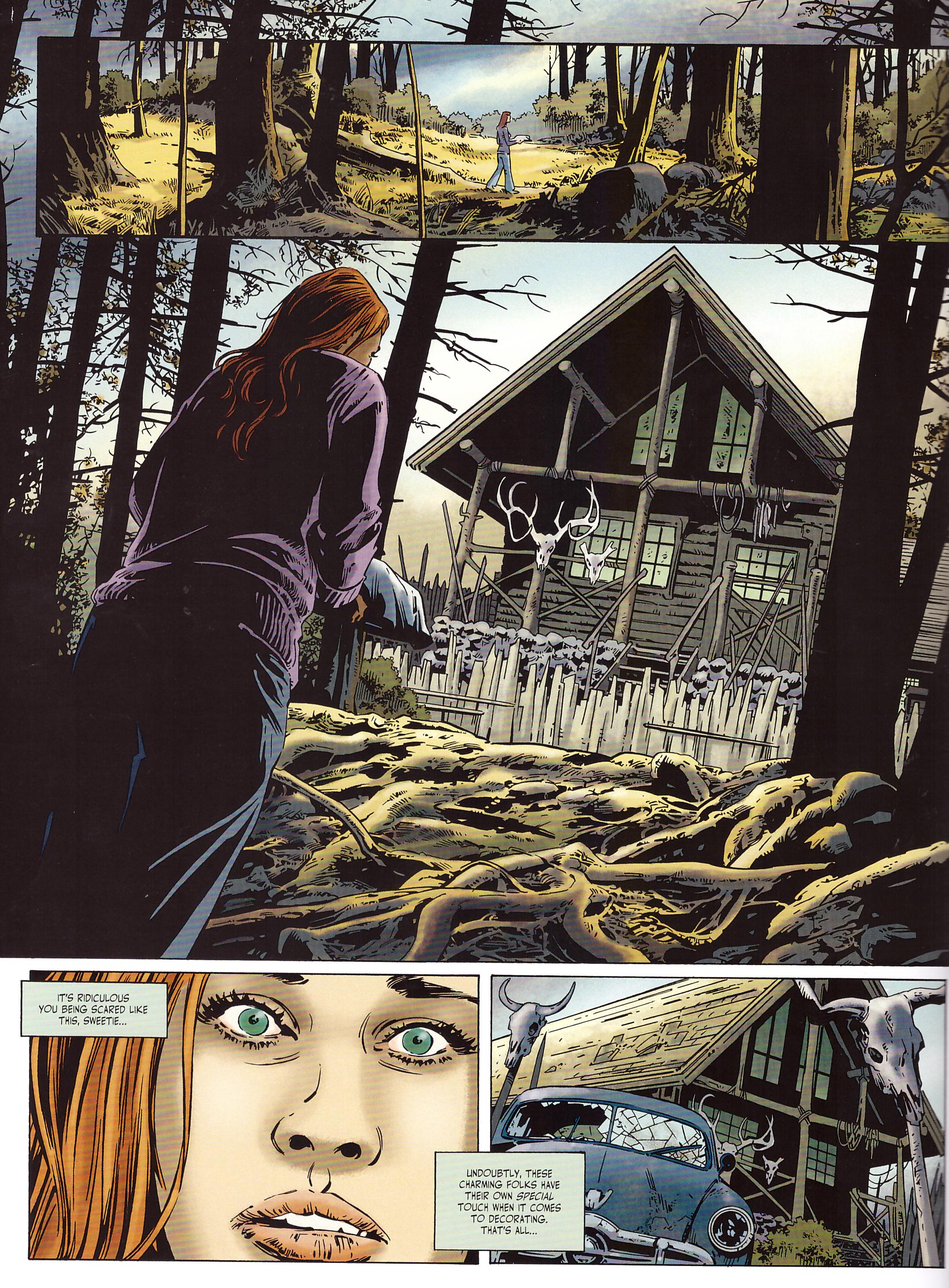 Christophe Bec and Stefano Raffaele collaborated on the superbly creepy Pandemonium, and this is their tribute to the more considered American horror film, with Bec citing John Carpenter as an influence. So many aspects are cinematic, starting with the remote location of Salamanca surrounded by deep woods and the suggestion of strange creatures within. The creators also effectively combine two different forms of horror, and immediately set the scene via the eccentric cast of local inhabitants and their lack of welcome to newcomers.

Those newcomers are David and Sarah Stevenson, just moved to the area as David’s taking a job as a forest ranger. Sarah carries the mental trauma of her childhood abduction and sexual assault, since which she continues to hear the voice in her head of Kelly, her sister and fellow prisoner who didn’t survive. Sarah’s barely coping with the world, and possibly the last thing she needs is a move to a town where an entire generation have a collective secret of an atrocity committed, and never spoken of again.

In a brief interview with the creators after their story Raffaele notes how, as an artist himself Bec, is a very visual writer, and scenes of several pages with barely any dialogue characterise this approach, a confidence that Raffaele can tell the story. He can, and magnificently, never sacrificing the overall plot for the sake of a pin-up image, although he uses those for emphasis on occasion, such as Sarah considering matters at Niagara Falls. Her character is visually fascinating, and at times unknowable. The unknowable in a different sense is also required for the story, and Raffaele’s designs are superb, viscerally savage and every bit as disturbing as intended.

Also intended is that the referencing of American cinema extends beyond the homage of the plot to several deliberately placed moments checking other favourites. These take various forms, from the obvious noting of Stagecoach on a TV screen to the symbolism represented by a fawn and its mother in the early pages. There’s even a brief homage to their own Pandemonium via use of a deserted sanatorium due for redevelopment. As the creators are unable to use a soundtrack to amplify their scary atmosphere, they do so instead via the repetition of eerie stories about Salamanca, and what’s happened there in the past. It’s clever, and the truth is better still.

It’s very apparent from the start that the monsters in this story aren’t confined to those with fangs and claws. Bec’s plot ties together very well over what is a translated compilation of three French albums, with elements revealed in passing early on coming to have great significance as the story winds to a close. That ending results in the only slight let down. There’s certainly a lack of sentimentality about the final pages, but they’re unsatisfying in dealing with a threat hovering throughout The Shadows of Salamanca. The climax occurs in a dismissive manner that doesn’t stand up to much logical scrutiny. The epilogue page is nice, though.

Anyone who enjoys a creepy horror story based in the real world, but with anomalous elements creeping in can’t go wrong with The Shadows of Salamanca. Almost every page is sheer quality, and it’s a story you’ll be able to re-read and enjoy just as much.