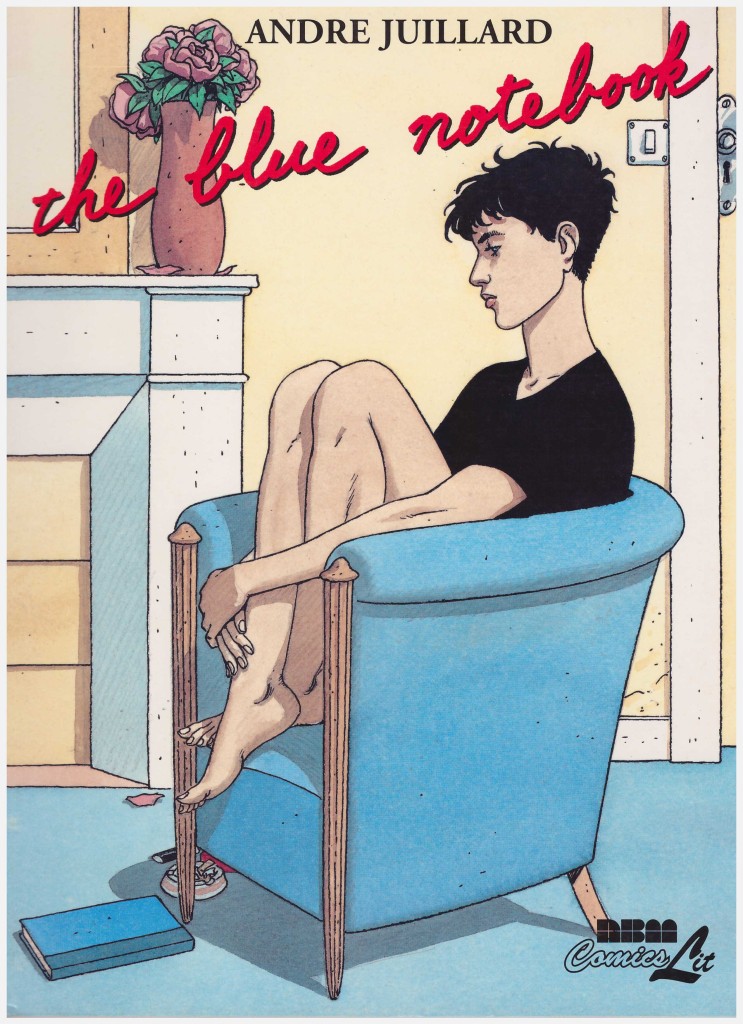 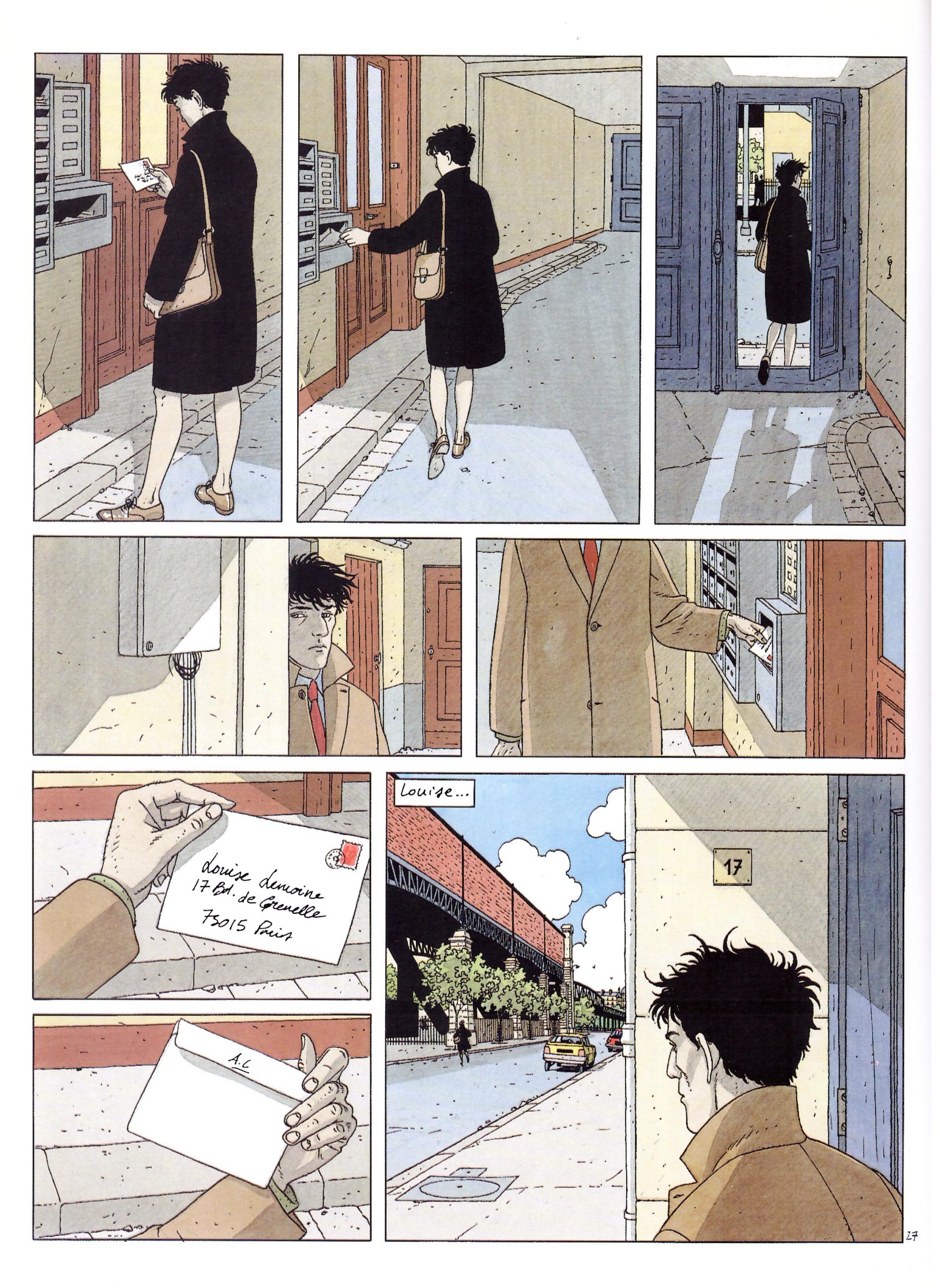 André Juillard is one of the all-time great French comic artists, yet little of his substantial European catalogue has been translated into English, most of that being his more recent work continuing the Blake and Mortimer series. Much of his career has been spent illustrating historical adventure material written by others, most notably The 7 Lives of the Falcon set in the 1600s. In the 1990s, however, he produced two linked graphic novels that he both wrote and drew. The Blue Notebook is the first and best of them.

The small apartment that Qubeqois Louise rents in Paris has a window visible from both street and passing subway line. The lack of concern regarding fitting a curtain over this window extends to her life in general, and while alluring and spontaneous, she maintains an emotional distance from the men who pursue her, having first viewed her through her window.

This is a persuasive and clever three act play that digs deep into emotional entrenchment. The second act, in which Louise receives the blue notebook of the title, re-contextualises the first. For Louise it adds a sinister and obsessive tone, yet her sister views it altogether differently. The third act adds further levels to what’s already been revealed.

The triumphs of The Blue Notebook include not only the subtle depiction of emotional response – a third woman is introduced in the final act – but the elusive conclusion. There are several possible culprits of an act whose reason remains uncertain. At its bleakest, the conclusion that might be drawn is that we all have an obsessive streak.

Years of mastering his techniques have bestowed Juillard’s art with a fine lined attractive quality, and a command of mood. The choice here is a detached precision that echoes the planned narrative details of his plot, and there’s a glimpse behind the scenes as two of the cast meet at a photography exhibition. Juillard has them comment on the allure of images.

The only minor problem with this otherwise rewarding story isn’t down to Juillard. The translation is credited to Jacinthe Leclerc, and her attempts to be faithful to the original dialogue result in some clumsy exchanges. There are times when the idiomatic would have been the better choice.

In The Blue Notebook Juillard supplies a thoughtful character study of a type all but alien to English language graphic novels. Five years later he followed this with After the Rain, in which Louise has a cameo role.