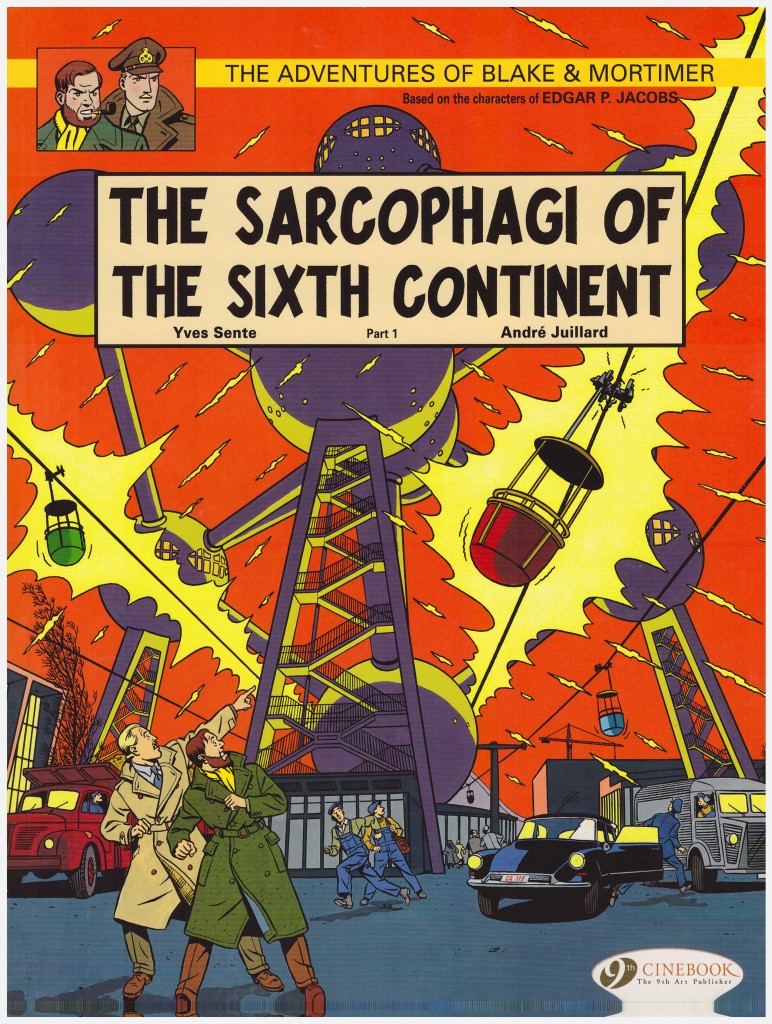 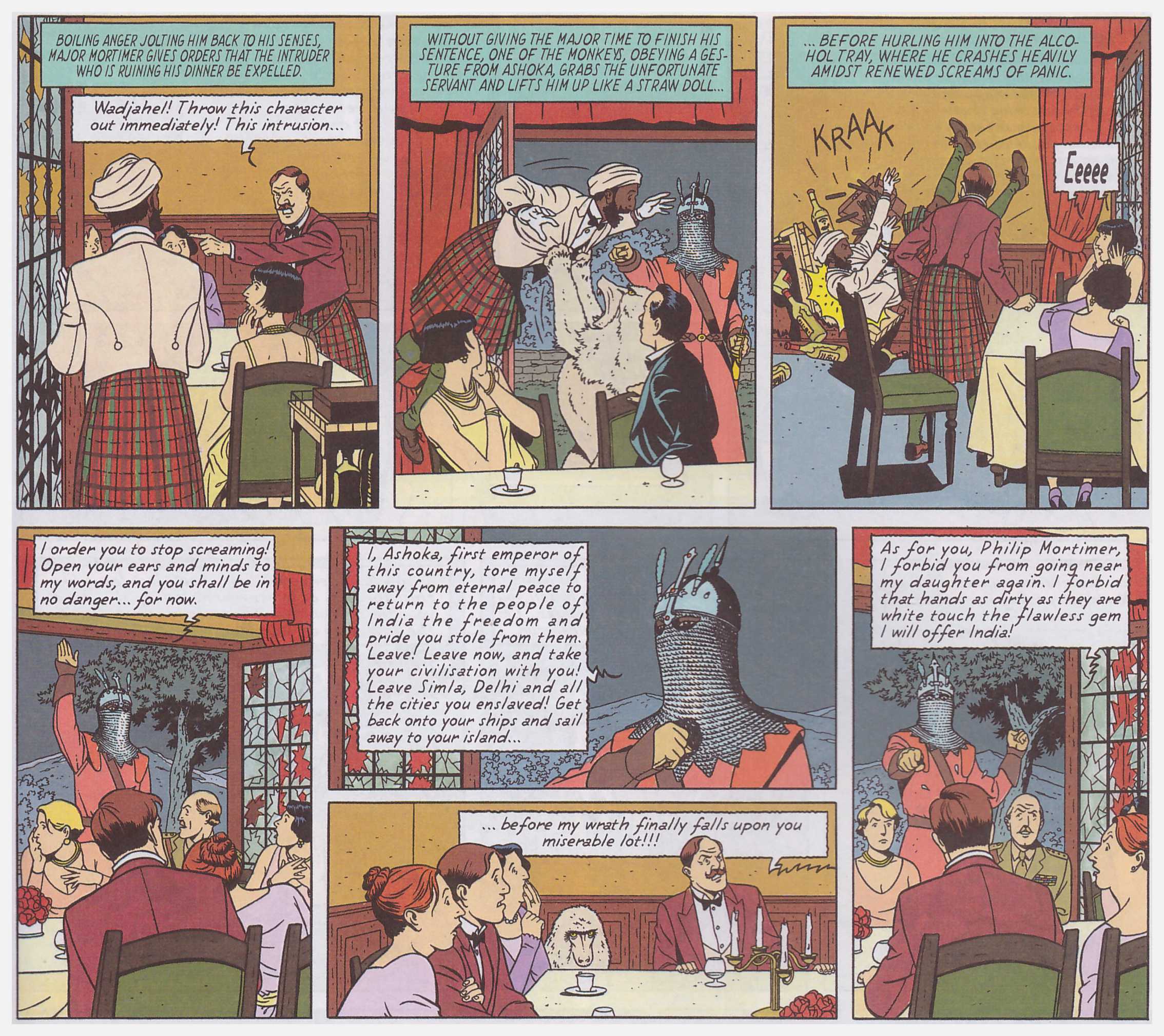 A question to begin with. Why is it still the case in the 21st century that a story is split over two albums rather than presented as a longer book? Back in the 1950s when series creator Edgar P. Jacobs was working on Blake and Mortimer in isolation and becoming ever slower as he pondered detail, the publishers grabbed and published any material that came their way. In the 21st century, when three different writers are continuing the series, is this tradition founded in expedience worth maintaining?

There’s no lack of ambition here on the part of writer Yves Sente, who begins the book by divulging how it is that Francis Blake and Phillip Mortimer first met. This is no reference in passing, but the full monty, filling in a wealth of details about Mortimer’s younger days in particular. Sente uses him, at eighteen, as the voice of reason among colonial oppressors in India at a deliberately undetermined time in the 1930s. We also see his first heartbreak, and how he earns the undying enmity of Ashoka, a figurehead for revolution. The youthful Mortimer in plus-fours is a deliberate evocation of Tintin.

This occupies roughly half the book, and is first rate. There’s adventure, a point to be made, first love and the thrill of revelation, all beautifully illustrated by André Juillard in his lush, clear line style. One panel description notes the beauty of India, and Juillard immediately delivers with an imposing view of an old-fashioned steam train crossing a viaduct as distantly viewed by those on the river bank far below. He also supplies a fine design for Ashoka in full costume, suitably menacing wildlife, and later superbly disciplined storytelling during the more verbose portions of the plot.

In the present day narrative, or 1958 to be correct, an international exhibition in Brussels is under threat of sabotage, while scientific exploration in the Antarctic is connected with both the British and the French displays in Brussels. There’s no attempt made to conceal the involvement of old foe Olrik, although this is in unusual and terrifying circumstances. Sente also peppers his narrative with people behaving suspiciously, and supplies an excellent, albeit complex, threat.

Colonialism is at the heart of the plot, but once the mysterious science elements move to centre stage the sheer complexity of both them and the connections Sente has forged, and bulk explanations slow things down considerably. It’s very true to the creative vision of Jacobs, but a better Blake and Mortimer story could be told were it not for the insistence on remaining so exactly faithful.

By the conclusion Blake and Mortimer have figured out much of what’s going on, and determine a trip to Antarctica is required. That takes place in part two.