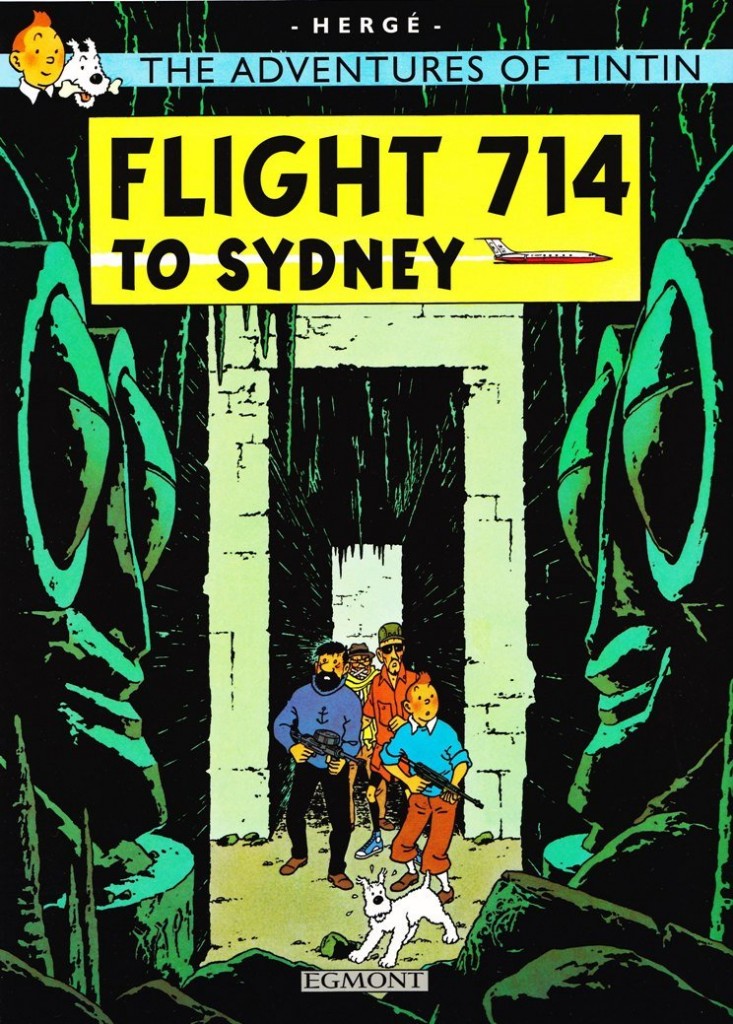 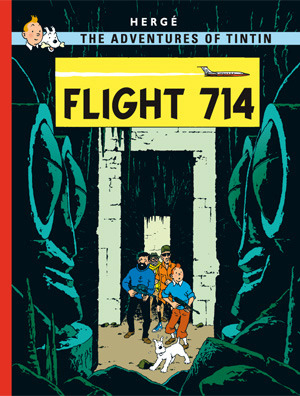 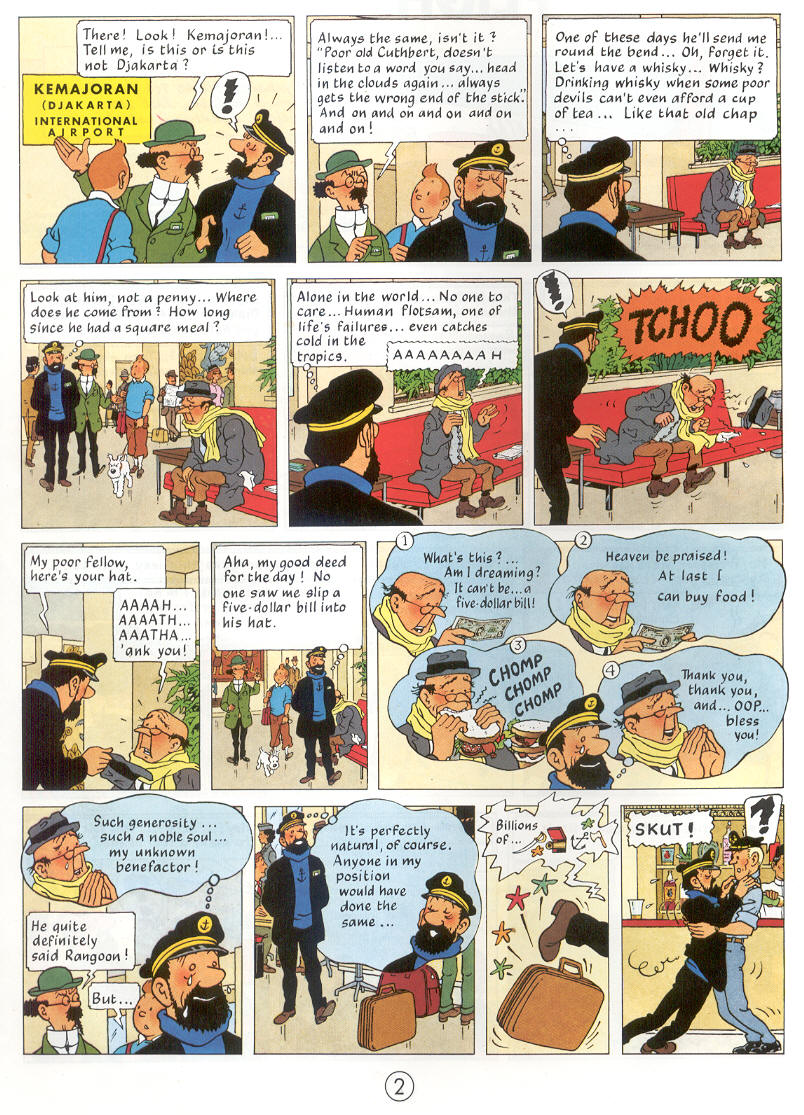 After the domestic setting of The Castafiore Emerald, Tintin returned to what Hergé called, “Adventure with a capital A” with this penultimate book, which delivers on his promise with hijackings, bombs, erupting volcanoes and even extraterrestrials. Until the millenium the title was the more abbreviated Flight 714.

Tintin, Captain Haddock, Professor Calculus and Snowy are travelling to Sydney when they meet Skut, the pilot from Red Sea Sharks. Skut is working for Laszlo Carreidas, an eccentric millionaire who insists they join him on his private jet. With the exception of Skut, everyone else on the flight crew seems to have taken suddenly ill, only to be replaced by sinister types. Anyone familiar with thrillers may find themselves thinking, “Wait a minute…”, but, to be fair, Hergé helped to establish many plot devices that now seem unimaginative.

The plane is hijacked and lands on a remote volcanic island, where the genius behind the operation is revealed. Its purpose: to extract details about a secret Swiss bank account from Carreidas. Everyone is locked up in World War II Japanese bunkers, Carreidas is interrogated, Tintin escapes and has running gun battles, and nature takes its course. Sheesh!

What happens thereafter is the contentious plot element that most agree to be out of place in Tintin’s established world.

At the time Hergé began to view his villains as buffoons, but this robs the plot of much of its danger and instead we endure scenes of characters drugged with truth serum, acting like spoiled children. We’re treated to quite a few close-ups, something Hergé largely avoided in the past, and it’s often unattractive characters in distress. This results in a lot of fairly ugly, even grotesque, panels rather than the flawless artwork that characterises the preceding Tintin books. This was apparently because Hergé’s assistants were responsible for more than the usual backgrounds and vehicles.

Hergé based elements of this story on the ‘ancient astronaut’ theory, popularised soon after by Erich von Däniken. He had used Fortean elements before, most notably in Tintin in Tibet. However, unlike that adventure, where he clearly shows the yeti, in this instance a large part of the problem is his hesitancy to commit to the idea. His solution muddies the waters and raises more questions than he answers, which is most unsatisfying for a book of this type.

Most Tintin books feature some political event as a backdrop, and central mysteries that have to be solved. Many are just long chase scenes with a McGuffin thrown in to give the plot some impetus. This book is neither. After The Castafiore Emerald, possibly the best book of the entire series, Flight 714 to Sydney is especially disappointing as the weakest of the later books. Thankfully Hergé was to improve for the next adventure, Tintin and the Picaros, as it was to be Tintin’s swansong.