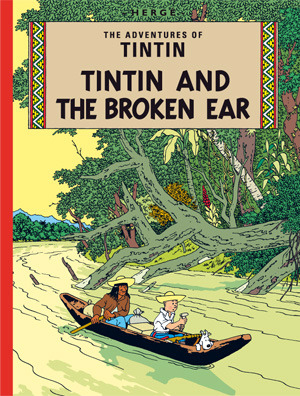 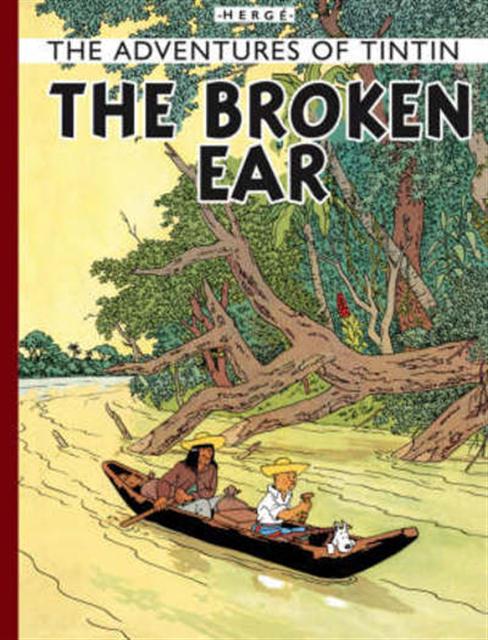 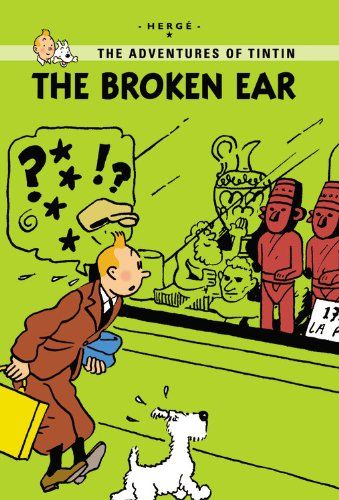 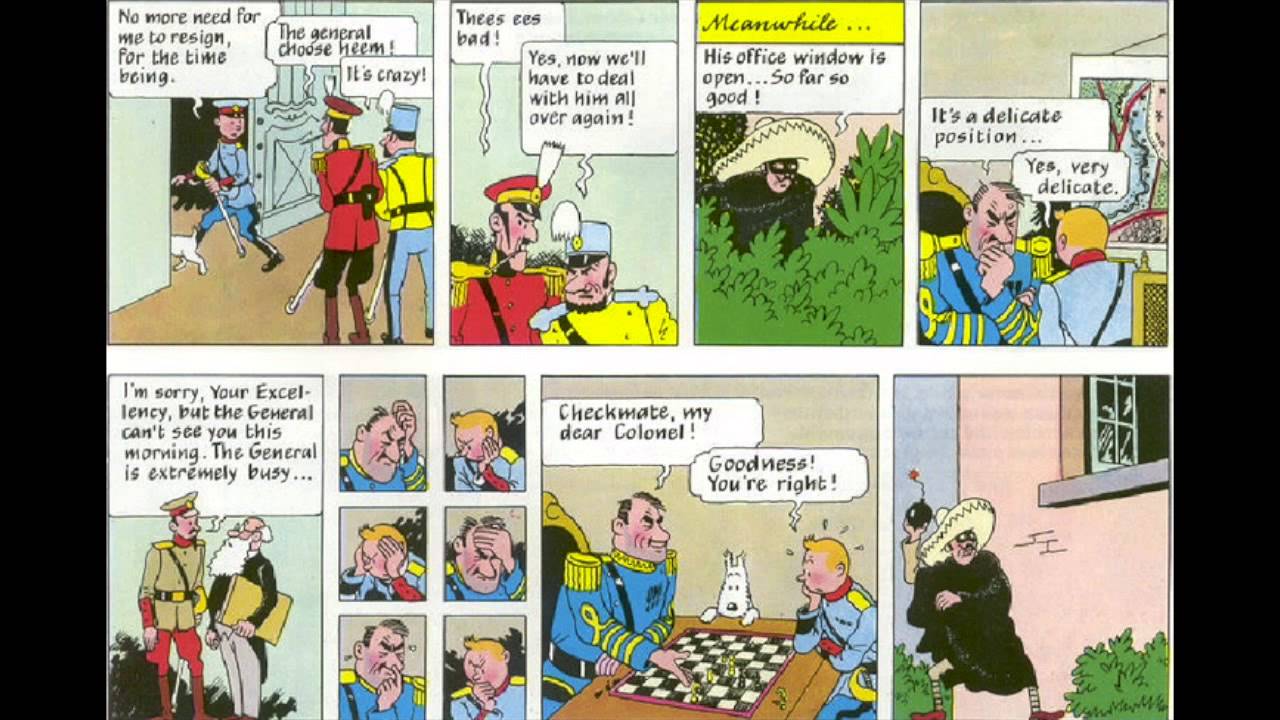 The Broken Ear is a return to a more straightforward adventure story after the political machinations of The Blue Lotus. Tintin is at home (26 Labrador Road, where he resides until moving into Marlinspike Hall with Captain Haddock at the end of Red Rackham’s Treasure) when he hears, on the radio, about the theft of a statue. Being the plucky young chap that he is, Tintin heads straight round to the museum, walking into an adventure that takes him, eventually, and after some parrot-related shenanigans, to the imaginary South American country of San Theodoros in pursuit of the stolen fetish.

He’s shadowed for the first stage of the journey, aboard a cruise ship, by Alonso and Ramon, two inept villains also pursuing the man who stole the statue.

On arrival in San Theodoros, Tintin is himself arrested and quickly becomes embroiled in a civil war between the interchangeable Generals Alcazar and Tapioca. Corporal Diaz, who hates Tintin with a passion for replacing him as Alcazar’s aide-de-camp, provides much of the blackly comic slapstick, with his many assassination attempts all backfiring spectacularly. The death toll is high for a Tintin book, though many of the surviving characters would return.

The Broken Ear follows the template set by earlier adventures (imprisonment, lucky escapes, execution by firing squads) while also incorporating many elements you’d expect from a South American adventure: piranhas; waterfalls for the almost going over of; blowpipes (which had also featured in the two previous adventures); tribes of head-hunters and cannibals; a white explorer long thought dead; and a guide.

San Theodoros was to be the first of many such creations to appear in the Tintin books, giving Hergé the freedom to criticise and lampoon countries without having to worry about offending anyone. It also meant that he could use his references more freely, mixing elements from different cultures. However, like previous adventures, this one was set against a background inspired by real-life events, in this instance the Gran Chaco war between Paraguay and Bolivia, which involved rival British and American oil companies. The book satirises banana republics and big business (especially the arms trade and oil companies) although it avoids the documentary feel of some of the other books, with the political aspects largely in the background. This is, first and foremost, a detective story involving a hunt for a missing diamond.

This was the first of the early Tintin books to be updated and coloured, though it is neither as well drawn (witness the solid backgrounds in some of the jungle scenes) nor as well plotted as The Blue Lotus. Lots of the panels are expository, though the sequences link well, and the plot is solid. Hergé handles the comic sections with his usual aplomb, even if one sometimes feels the absence of Captain Haddock. Thomson and Thompson appear, but only briefly, with their roles as main practitioners of slapstick largely filled by the doomed trio of Corporal Diaz, Alonso and Ramon.

Hergé obviously enjoyed the setting of this book too, as he was to visit San Theodoros, and the never-ending conflict between Tapioca and Alcazar, for the final completed book in the series: Tintin and the Picaros.