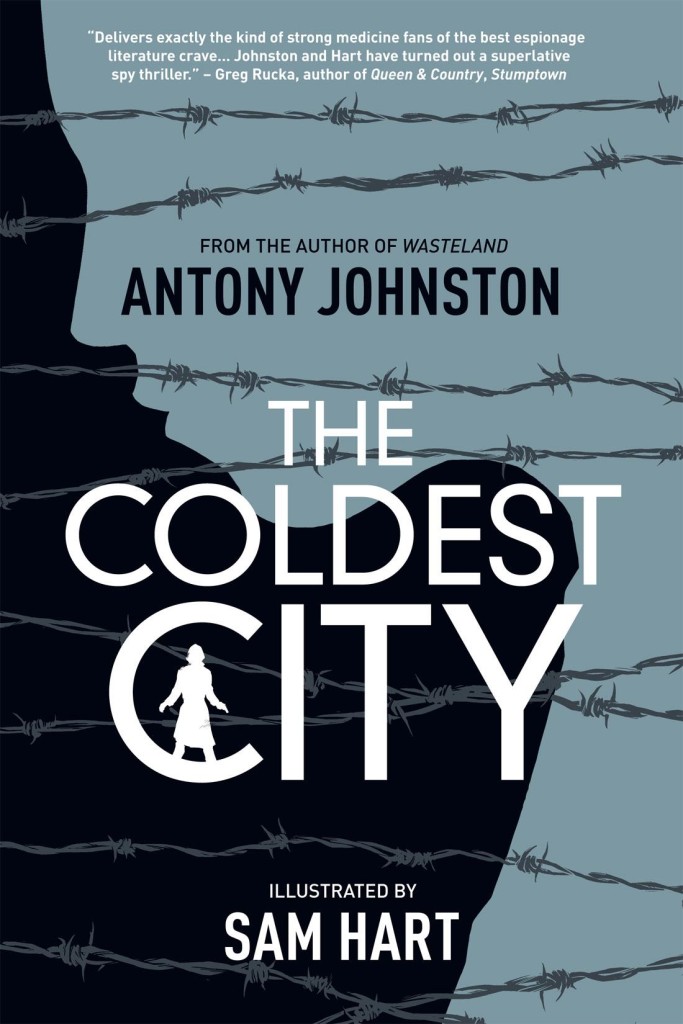 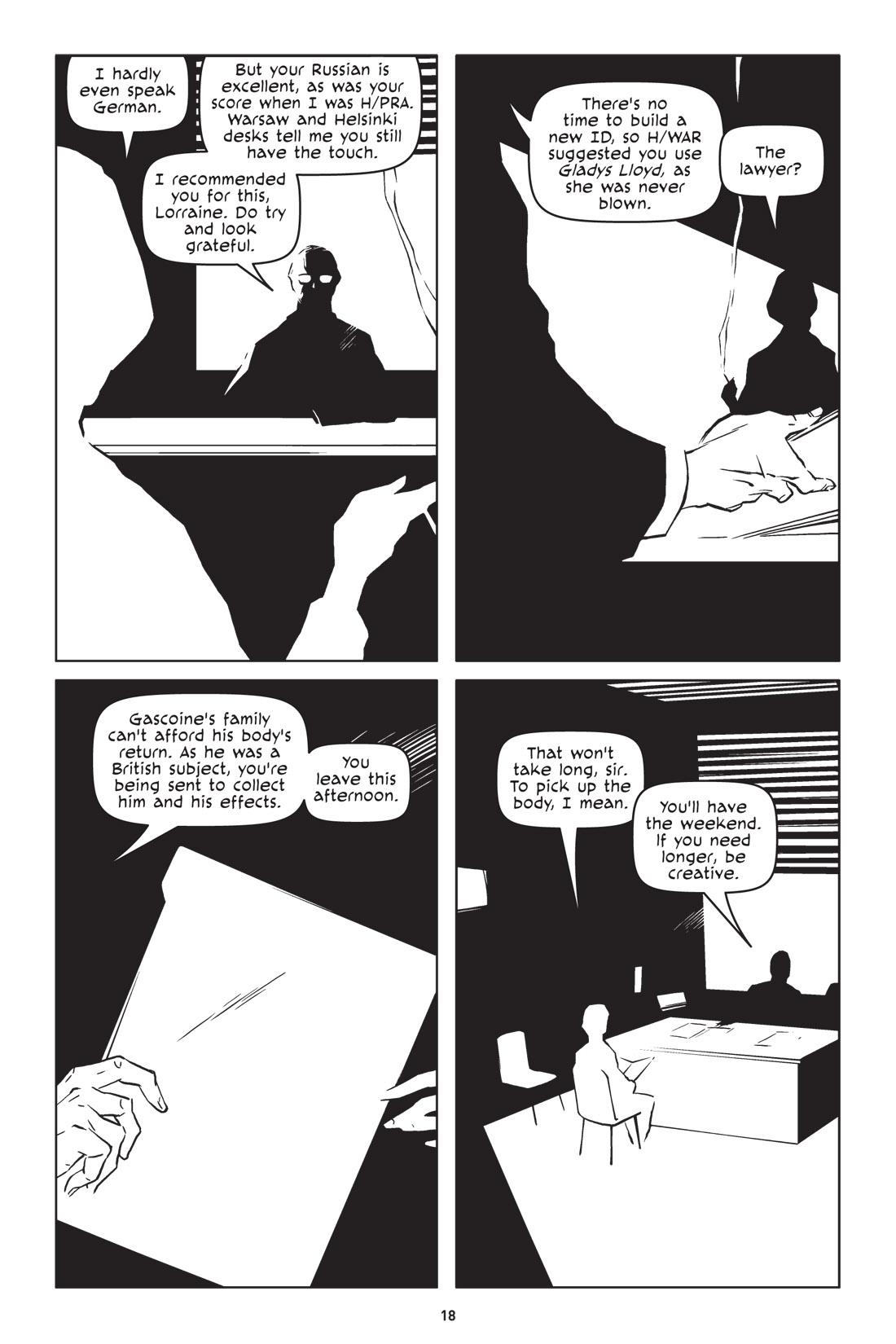 In October 1989 British intelligence predictions are that the Berlin wall may soon crumble. Before this occurs a British agent is shot and killed, but on the Western side of the wall. The information he was to be transferring is potentially invaluable, so as an agent not known to those of other countries already in Berlin, Lorraine Broughton is sent to investigate. Before leaving she’s informed that MI6 don’t trust their officers in place, all of whom are long-serving and suspected of having gone native.

Broughton proves surprisingly adaptable in creating the time to accomplish her mission, and discovers quite a few secrets about the extracurricular activities of several agents stationed in Berlin. Having set his story in a city riddled with spies and separating East from West, Antony Johnston plays his locale well, and instils a sense of foreboding by having Broughton relate her experiences in debriefing after her return

It’s not a surprise to see a cover quote from Greg Rucka as The Coldest City (clever title) is set squarely in the same British espionage agency territory mined by Rucka in Queen and Country. The plot has the squirming depth of a John Le Carre novel, but Johnston is betrayed by his collaborator.

Sam Hart’s art begins as functional rather than professional, but he raises his standards as the book continues from excessively spartan, through experimentation with silhouette and shadow, and an occasionally almost abstract connection between areas of black and areas of white. It eventually evolves into something resembling the loose work of R.G. Taylor, with a more limited understanding of layouts. This is important because in the Le Carre manner, Johnston’s story requires a considerable amount of conversational unfurling towards the end, and Hart’s not up to delivering it in an interesting fashion.

Johnston’s very good, but there are a couple of occasions when you fear he’s made a mistake or contradicted himself. He hasn’t. If you can put up with the art there’s an excellent story here. The original version of this review noted that Johnston should use it again sometime, but it was strong enough to survive the art and was filmed as Atomic Blonde. Oni Press reissued the graphic novel under that title to coincide with the 2017 release. There’s also a prequel, The Coldest Winter.