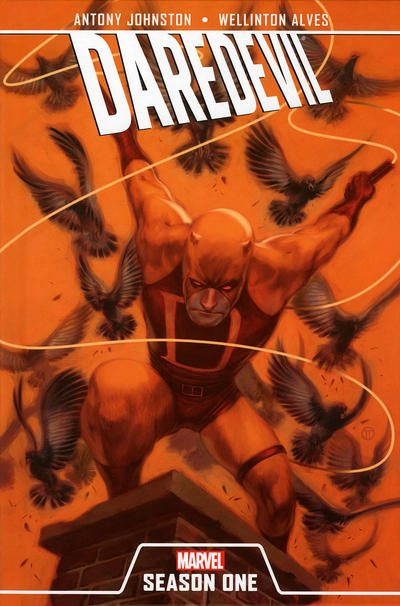 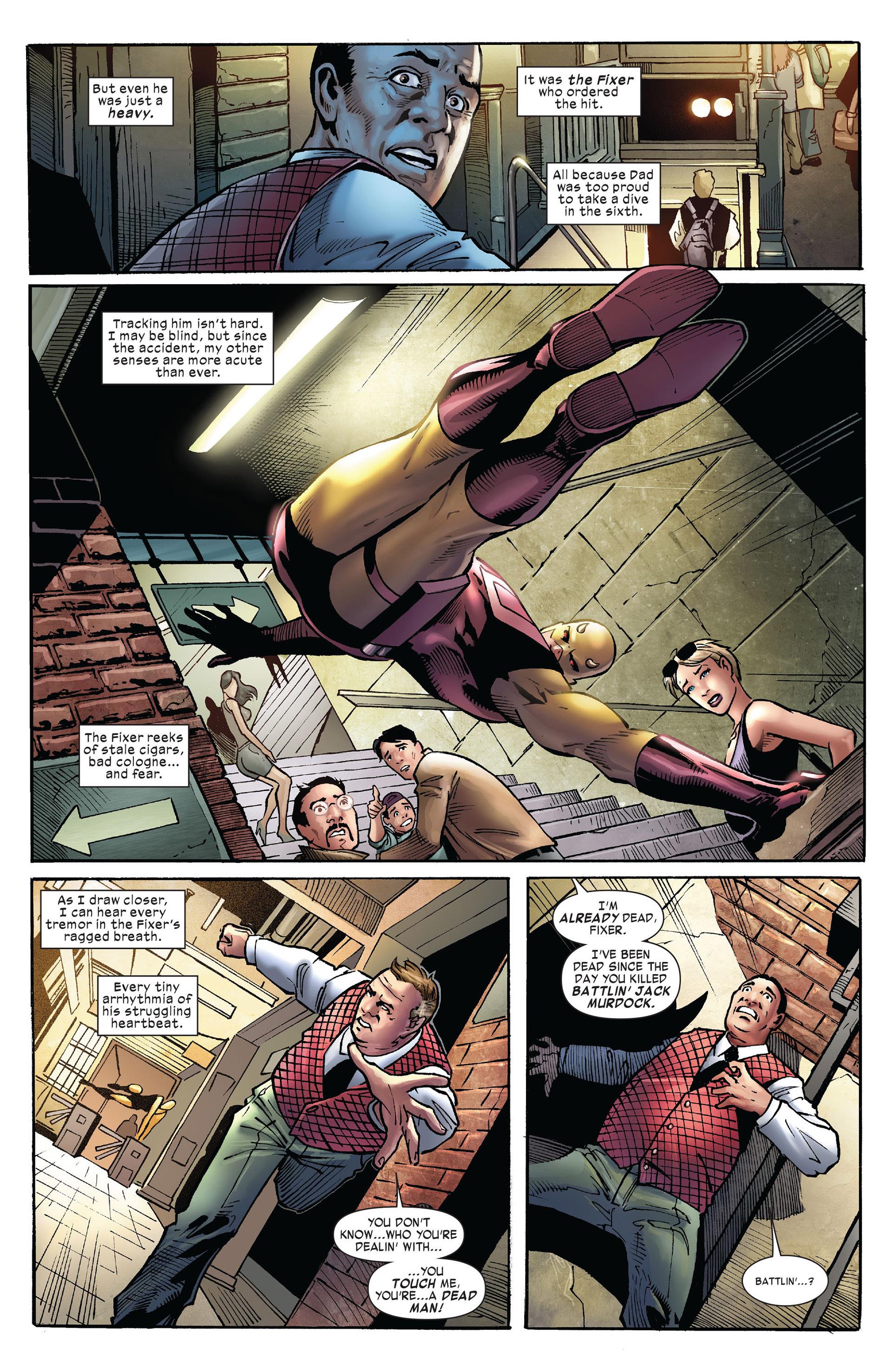 A back cover claim that the early Daredevil was an icon who defined pop culture is both setting the bar extremely high, and, frankly, fraudulent. The early Daredevil recycled the name of a 1940s character, traded in a wretchedly designed yellow and red costume, and took several years and a costume change to approach any level of appreciation. Don’t be put off by the marketing gumps, as Antony Johnston and Wellinton Alves have produced a spirited continuity insert redefining the early Daredevil for the modern era.

They dismiss his actual origin in the opening page, respectfully and adequately, and instead concentrate on his earliest days as a superhero, but importing to this era later elements defining his personality. Catholic guilt figures heavily, but Johnston straddles a fine line in ensuring the story is also faithful to the light tone employed for the opening Daredevil comics of the mid-1960s.

Unlike most other Season One hardcovers this is largely new material constructed around the events of Daredevil’s earliest appearances, which are referenced, but only essential in terms of defining lawyer Matt Murdock’s double life as Daredevil. Johnston’s interpretations of Daredevil’s earliest villains are valid and interesting, but as skilled as he is, even he can’t transform a turkey like the Matador. Credit to him for not glossing over. Further credit is due for working with the soap opera aspects he’s been bequeathed. Murdock loves his secretary Karen Page, but so does his partner Foggy Nelson, yet she’s obsessed with Daredevil, a melodramatic triangle that just about worked in the 1960s. It now presents as contrived, but aware of this, Johnston underplays matters and knots them into his primary plot.

That concerns the church Murdock attends, and its priest who asks for legal help in resisting local authority claims that their lease has expired. The encounters with Daredevil’s early foes serve to mark time as this case drags on, becoming ever more complicated and dangerous, and Johnston’s creativity ensures we’re both kept guessing and thoroughly entertained. If there’s a weakness it’s that no regular crime fiction reader is going to be surprised by one eventual revelation, but a second has been concealed while hints have been dropped.

Alves ambitiously contorts Daredevil in action, flying through the air connected by a thread to safety. Alves picks unusual viewpoints from which to show this, both representing his man without fear nickname whenever he’s pictured and supplying visual innovation. Early in the tale he illustrates a fantastic Thing bursting through the doors at Nelson and Murdock (dramatic licence on Johnston’s part), and he pulls off the neat trick of incorporating the fantastic into his otherwise meticulous naturalism. Colourist Bruno Hang is important in ensuring the light shines through. Contrasting Daredevil as most know him, yet faithful to his original tone, the world of this Daredevil is deliberately bright and colourful, accentuating Murdock’s blindness.

The contrasting presentation of a modern era story has hampered other Season One graphic novels, but the back-up feature of the current day Daredevil is a perfect match. Mark Waid and Paolo Rivera had decided in 2012 that several decades of a dark, soul-searching Daredevil was enough, and the time had come to return to his lighter roots. If you enjoy Daredevil Season One, and you should, Waid’s interpretation is well worth investigating.