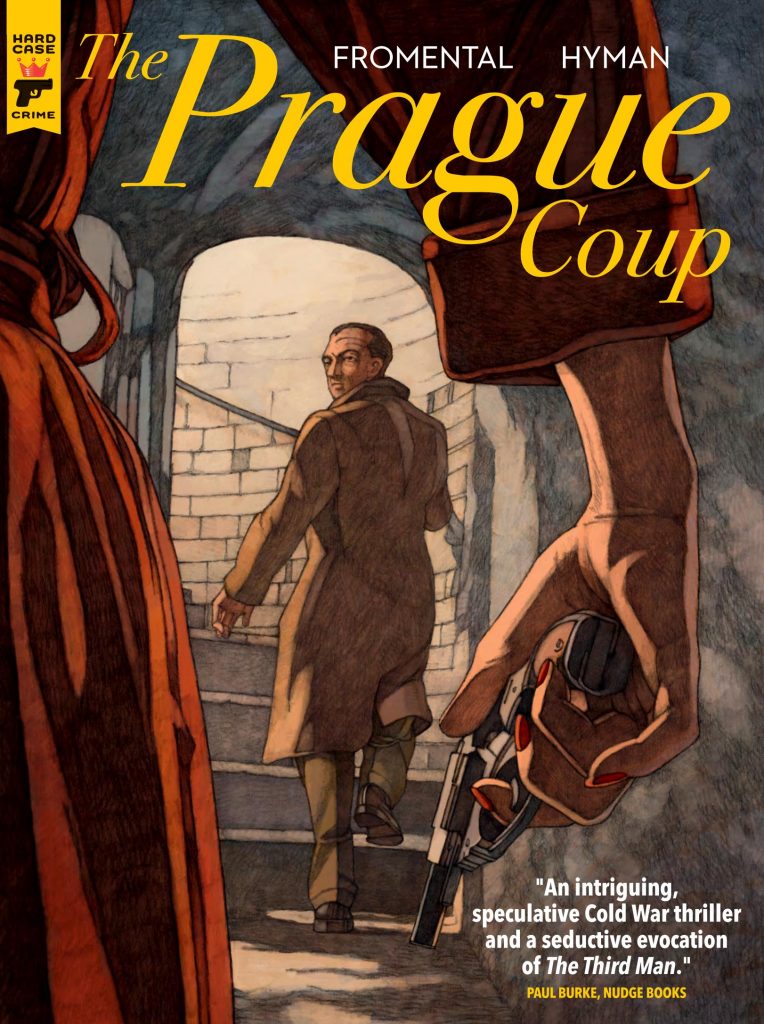 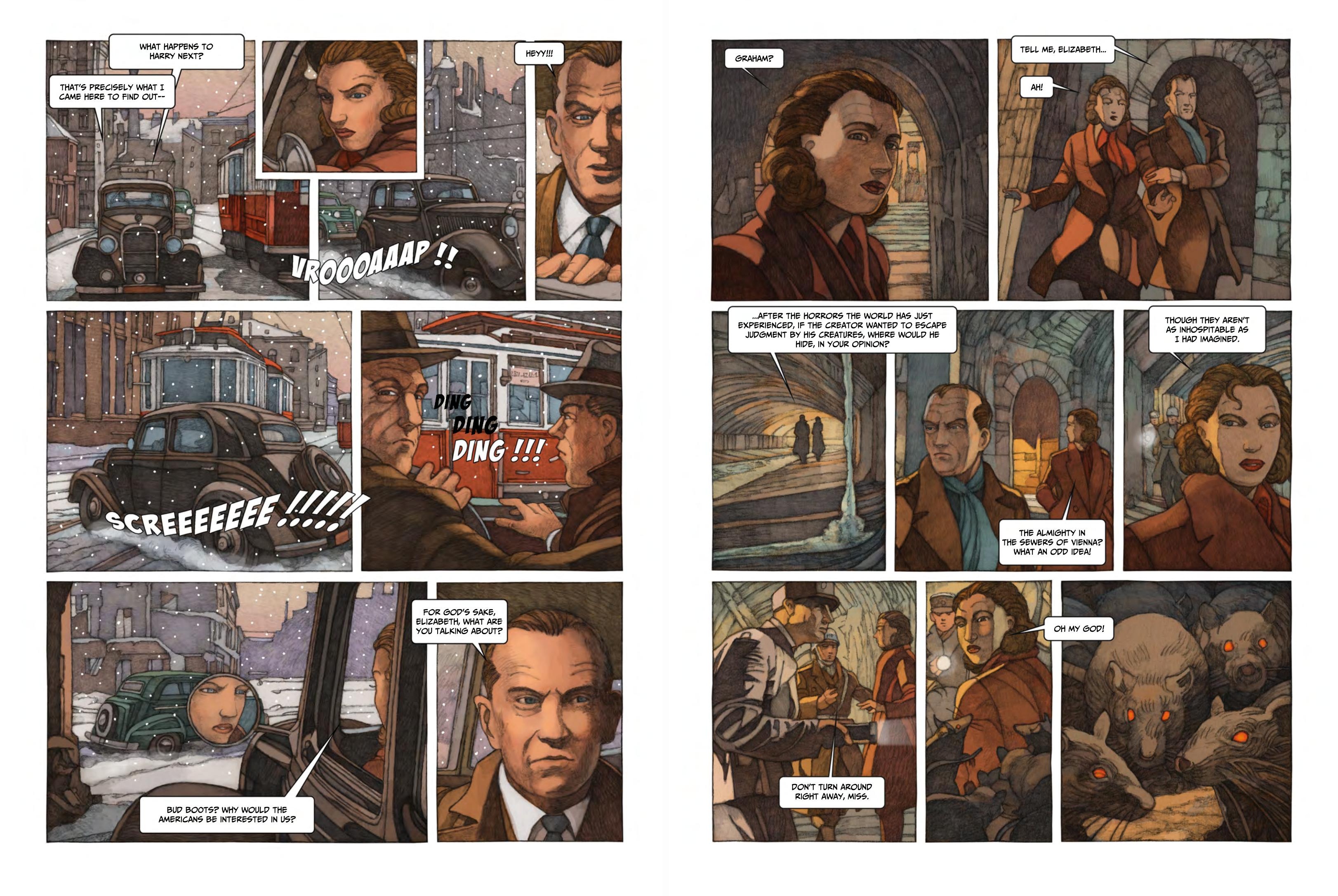 A joy of the Hard Case graphic novels list is never knowing what to expect. That they’ll have crime as a theme is given, but beyond that there are no rules. Most, although not all, are set in the past, and they evoke different atmospheres and reveal different locations. Despite the title, Jean-Luc Fromental’s thriller begins with the arrival of British author Graham Greene in Vienna, in 1948 a partitioned city similar to Berlin. He’s there to absorb the city to ensure the correct atmosphere for a film script he’s writing, and is being shown around by the glamorous Elizabeth Montagu who worked for the American OSS during World War II, then still a very recent memory. Greene makes no secret of his own wartime activities, reducing them to bar room tales, but the newly formed CIA consider his presence may have a dual purpose.

The film Greene was researching became The Third Man, a classic of the post-war era, and both its atmosphere and events are cleverly worked into The Prague Coup. Fromental presents Greene as the mystery, telling the story from Elizabeth Montagu’s view, someone well versed in the ways of covert activities, and wondering whom she should trust as several parties are interested in his meanderings. Or is he just doing what he says he is, with no covert agenda at all? Fromental creates a fascinating Greene, distant, playing to his own mystique and gradually picking up the elements that fed into his film script. Anyone who knows the film can separate what was later seen on cinema screens from whatever Greene’s own activities in Vienna may or may not be, since Fromental’s plot cleverly uses many of the film’s events as those witnessed by Greene during his research. Toward the end it weaves the film into other historical consequences even more cleverly, but Fromental does take liberties with his portrayal of Montagu, portraying her as libidinous in contrast to his researched biography of her presented after the story.

Miles Hyman’s illustrations evoke a similar atmosphere, conveying both the opulence of an ennobled city on the road to recovery, and its seedier side, using similar lighting effects in a nice nod to the film. His period evocation is superb, and he has a lovely way with a character, his Greene noble and enigmatic, yet simultaneously deceitful and seedy.

As noted, Hard Case graphic novels consistently defy expectation, and Fromental has constructed The Prague Coup to resemble a Greene novel, with a succession of meetings and conversations punctuated by occasional violence, but more often than not just the threat of it. As such it’s more spy thriller than crime themed, but intellectually engaging, beautifully observed and memorable, a fitting companion to Greene’s own work. He’d probably appreciate it.