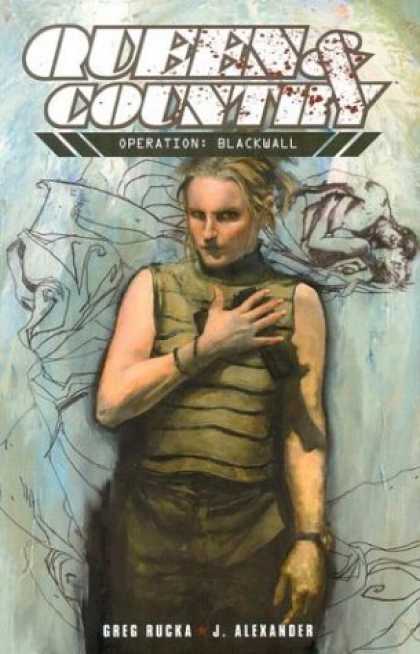 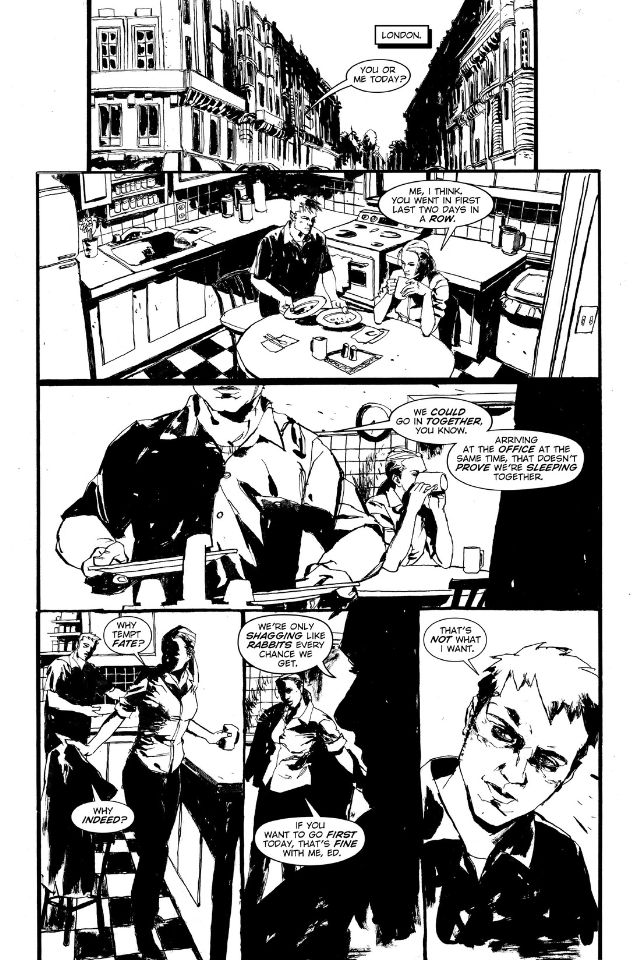 Looking at a story drawn in black and white similar to the style of 1970s and 1980s British weekly comics  is a somewhat surreal experience, not quite the expectation in an era where most artists were already starting to make full use of technological advances. It does not exactly inspire confidence. Fortunately Greg Rucka’s Operation Blackwall exceeds expectations.

Billionaire Sir Colin Beck is about to buy a French telecom company when a rival businessman reveals intimate footage of his daughter Rachel and her new French boyfriend, threatening to release it if Beck does not back down from the purchase. As Sir Colin brings in an obscene amount of revenue for Her Majesty’s Government, it is in their best interests to help him solve the problem, even if some of the elite consider him a working class oik who has progressed above his station. The Minders, the colloquial term for the Special Operations Service of MI6, are sent in to address the situation partly because operative Tara Chace has a connection to Rachel Beck as an old roommate from university, perfect for getting involved without raising too much suspicion. Rachel isn’t the only one with tricky relationship issues, Tara struggling with the desire to proceed up the company ladder and a fear of eternal loneliness, her love life interfering to make this assignment more personal than it should be.

If you’ve fancied a spy thriller but never seem to make it past the first few pages, then Operation Blackwall might pique your interest. It is exceptionally well written, Rucka’s slow burning plot focusing more on human dilemmas than loud over the top action. Political machinations, bureaucracy and emotional power-plays mix with the everyday drama of disappointments and broken hearts to create a story that never relies on action or gadgets to sell it. It’s solid storytelling accentuated by Jason Shawn Alexander’s artwork, revealing a gift for enhancing moods and tension through his use of shading techniques. The characters and settings are well detailed, creating a sense of murky realism even when the detail (especially in night-time sequences) becomes more difficult to make out. It is heavy on atmosphere, the frustration caused by red-tape recognisable. The opening pages contain adult material and a little French dialogue without translation –  the language confusing, but without hampering the matters, and holding out for a few pages will reward you later.