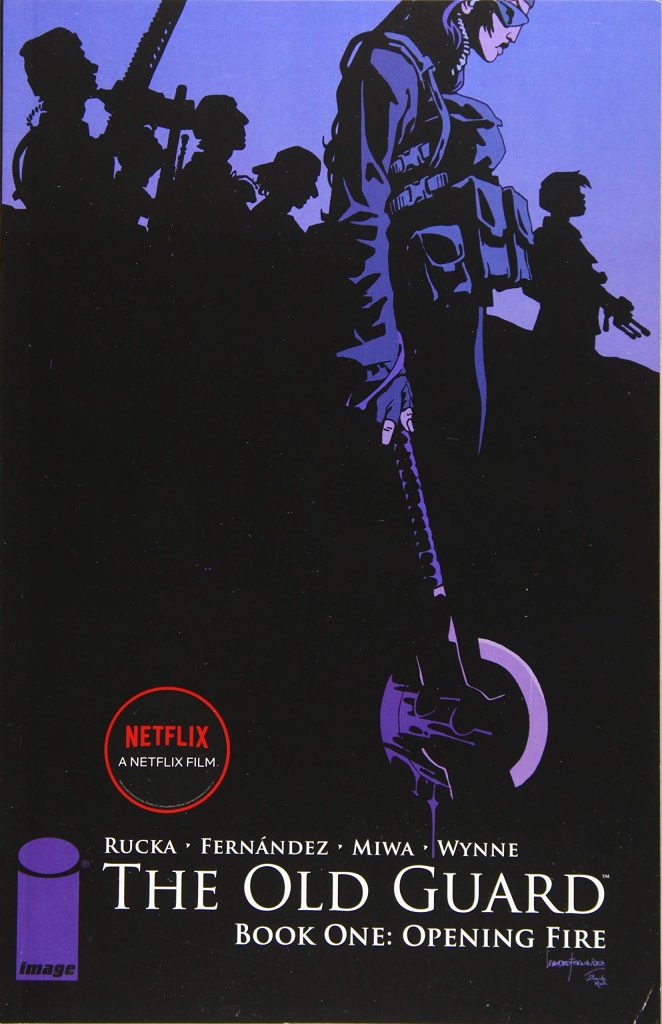 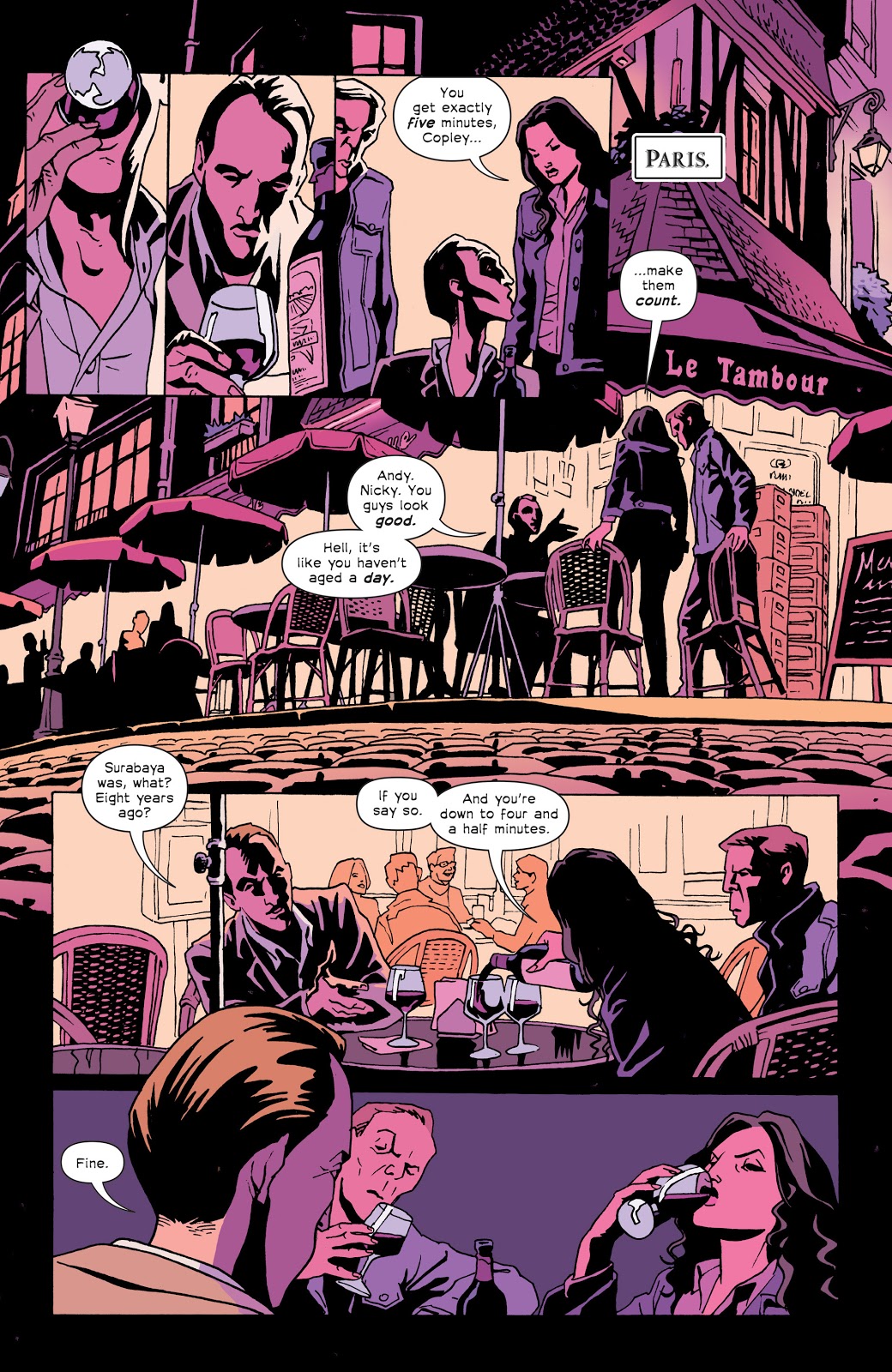 For years an elite four person mercenary squad has maintained an unblemished success record. They have a few rules, one of which is that they don’t work for anyone twice. However, a former CIA agent claims he no longer works with the company, and has a mission involving abducted children. If they’re not rapidly rescued they’re likely to be dispersed and never found again.

Greg Rucka’s smart plot plays on readers being so used to action thrillers that at first we don’t catch exactly what Leandro Fernández is drawing. It’s clarified by the end of the opening chapter, but is likely to fool readers before then. The second chapter provides the explanations as we learn who the four mercenaries are. “Used to be, we had more time before we’d worry someone would figure us out”, muses Andy. “These days, either I’m getting slow, or the world is moving too damn fast”. It might be the latter, as their secret is in danger of getting out. The mercenaries know the type of people they work with well enough to realise that’s not a great idea, despite their protection.

Fernández has to be an adaptable artist, because what at first seems to be a straightforward action thriller of the type Rucka’s proved so good at for so long, actually develops into something that spans human history. In addition to mercenary missions around the world, we’re taken back to Alexander conquering Judea, the first Crusade and Napoleon invading Russia among other times, and Fernández supplies the periods in great shadowy detail. He’s heavier on those shadows than he’s been on other projects, moving closer to Eduardo Risso perhaps, but not as stylised, and his mood is well complemented by Daniela Miwa’s colouring. She keeps it bold and simple, which is very effective.

Rucka also keeps it bold and simple, which is also very effective. The hook he’s provided is enough to see us through the five chapters, and it explains why the mercenaries are so good without having to go into detail. Experience and ability are everything. That also applies to Rucka, who throws in a surprise or two and Fernández delivers one fantastically choreographed action spread after another.

Beyond the good idea behind everything, The Old Guard is straightforward, with no mulling on much beyond the action, yet the plot is high concept cinema, which is why Rucka was able to adapt it near enough scene by scene for a 2020 movie. A secondary good thing about that is it generated a further graphic novel, Force Multiplied. 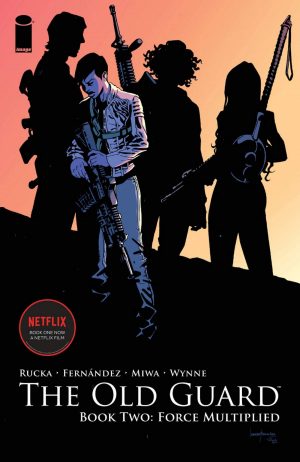