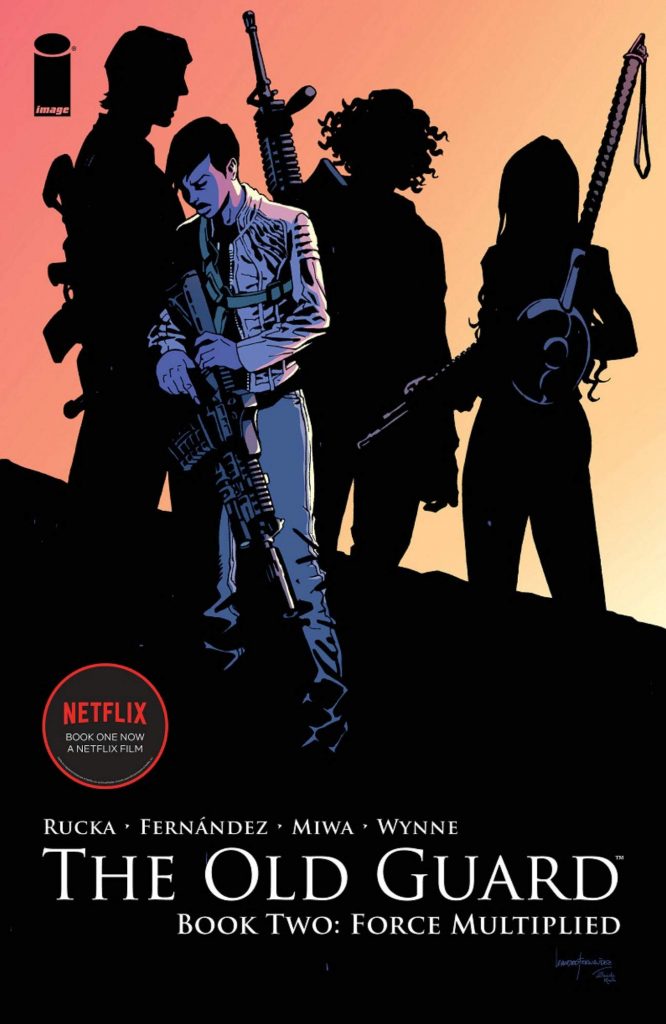 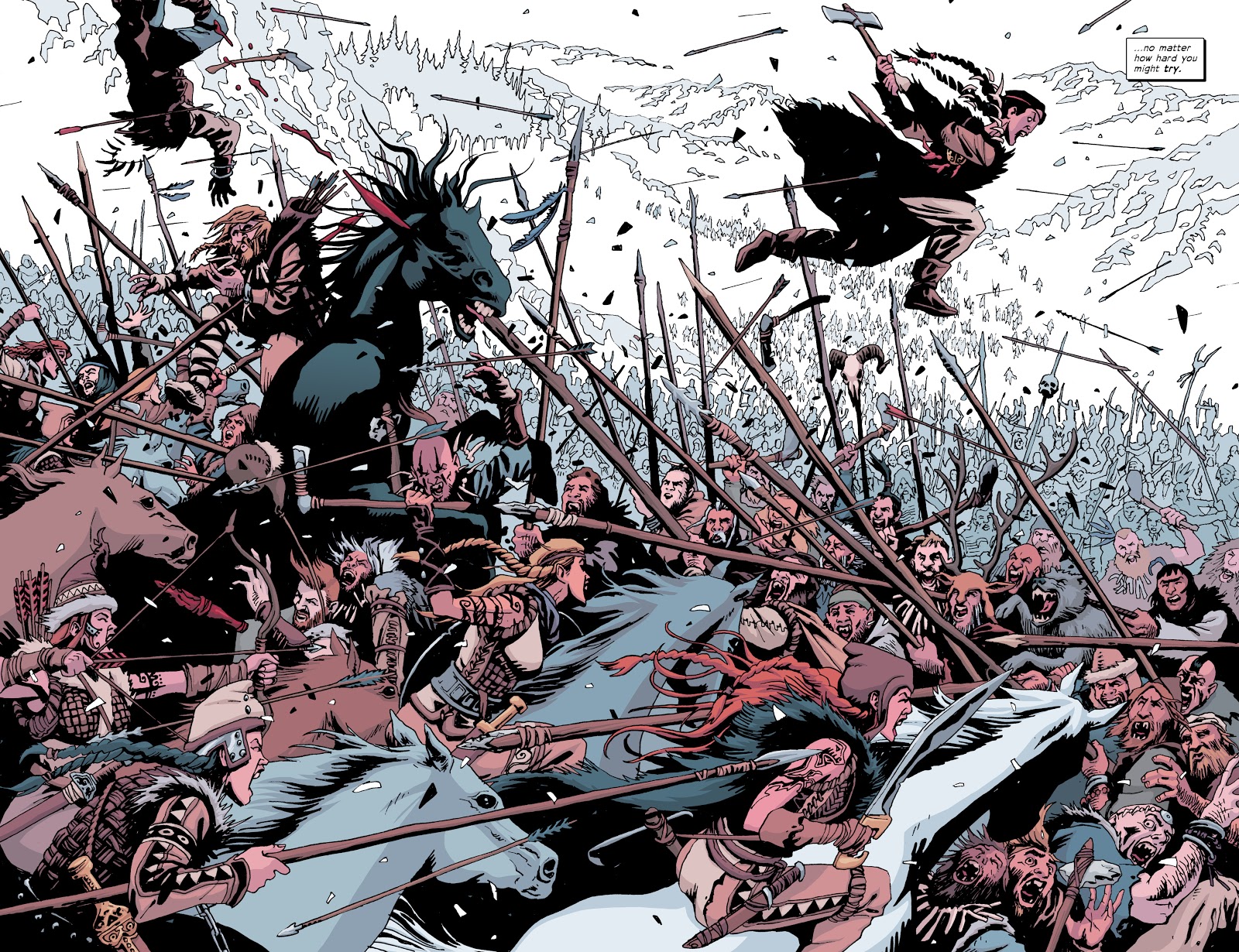 How long did Leandro Fernández spend on drawing that fantastic sample spread? That’s only the second and third pages of Force Multiplied, and there are plenty more pages equally as stunning. That’s not a guarantee this sequel is as good as Opening Fire, but it’s a fair indication. It is, by the way, if you can overlook one character decision Greg Rucka makes.

This, though, isn’t just a new mission. There are connections back to Opening Fire, and connections that extend back thousands of years beforehand. Last time around Rucka introduced the concept of what to most would be considered immortality, except it’s not seen that way by the few randomly blessed or cursed with the condition. “We can die”, it’s explained, “We just don’t know how or when or why it’ll happen”. So much like us apart from lives that can be measured in millennia and an ability to come back to life from the most fatal of circumstances. Answers to some obvious questions were supplied in Opening Fire, but Rucka here begins to examine the realities of that. What, for instance, is it like drowning at sea hundreds of miles from land? And returning to life after that only to drown again. And again. And again. And again.

Very much about Force Multiplied is very good, the action, the concepts, the character beats and especially the art, but a massive overbearing anomaly requires an equally massive leap of belief. Suppose your partner died in tragic circumstances about which you could do nothing, and you mourned, lived your life and moved on. Then suppose that partner came back ten years later. Would you expect them to be entirely resentful, having held a grudge for a decade or to have understood the circumstances, happy to have tracked you down? Well Rucka’s choice gives pause for thought. He makes a convincing case, yet despite a suggestion that it’s down to insanity, it may undermine the credibility of much of what’s read. Once the credibility of that’s questioned it opens the door to questioning what Andy goes through in the final pages. That’s more open-ended, as it may yet prove to be a means to an end in the final graphic novel of what’s planned as a closed trilogy.