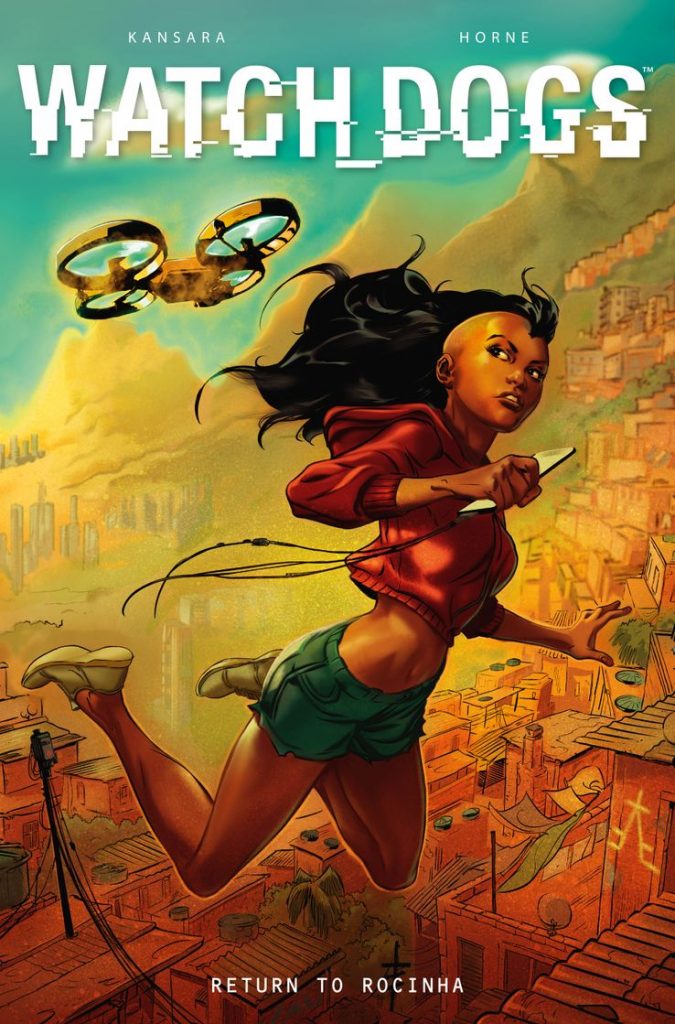 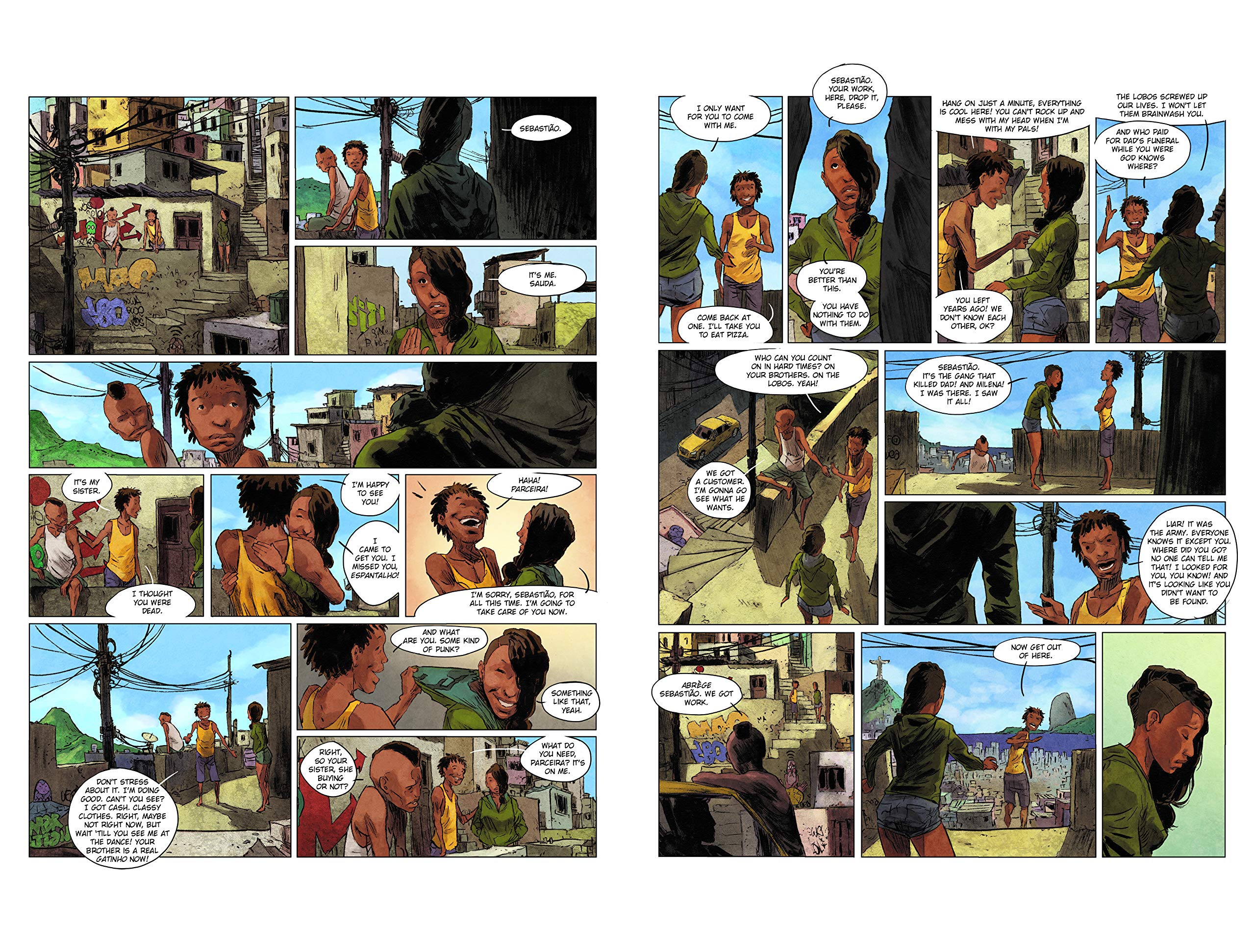 For a graphic novel based on a video game Watch Dogs: Return to Rocinha is extremely unconventional. For starters, were it not for publishers Titan emphasising the connection with a successful game franchise there would be hardly a clue that it ties in. Set in the slums (favelas) of Rio de Janeiro, Watch Dogs reads like an interesting crime drama with a side dish of social commentary.

Sauda was exiled from her area years previously as a teenager, after killing the gangster who murdered her father. It was an instinctive reaction, but coincidentally served the purposes of other Lobos members who let her live. Several years later she returns intending to take care of her younger brother Sebastiāo, only to discover that he’s been co-opted by the Lobos as a drug seller. Unable to match the Lobos physically, Sauda uses hacking skills to wage a one person war.

Simon Kansara’s script is warm and humane, yet delivering all the required action beats. He highlights inequality, persecution and the wrong route of avoiding them from an opening sequence of favela tourism via drone. Given the game source, some diversions into tech speak are required, but they’re minimised in preference of a consistently captivating thriller. Sauda is likeable and anyone can sympathise with her cause, but while she’s extremely talented, she’s also extremely vulnerable, and that instils a constant tension. This doesn’t just apply to Sauda. Her friend Tomàs is one of the few from the area motivated to better himself, and is standing for councillor, while despite his aggressive gangster posing, Sauda still hopes to free her brother. There’s also an anonymous hacking organisation called Deadsec, helping Sauda, but their full motivations remain unknown, and the complication of a corporation seeming to have benign intent in installing cameras for safety of residents, but that’s possibly not the case.

A tendency to draw everyone with extremely long faces characterises artist Horne (Perreard), who puts the effort into world building. An artist with a clean, tidy style wouldn’t be nearly as effective in providing a belief in the locations. There’s little beauty about the art, and there isn’t meant to be. In keeping with Kansara’s efforts, Horne constantly reinforces poverty, deprivation and desperation, enabling us to understand why anyone would attempt to escape it by any means.

The Blume Corporation’s true in intentions aren’t concealed for long, but a surprise is how Kansara jumps forward in time. Sauda learns just how powerful and well connected the Lobos are, and the story then picks up four years later. It’s almost a reset button, but everything revealed is consistent with what’s been seen before. There’s also a more obvious message about data gathering and how that can be put to sinister use.

From start to finish Watch Dogs surprises, producing a far better read than many highly touted graphic novels, and well worth the time of anyone who enjoys an action thriller. 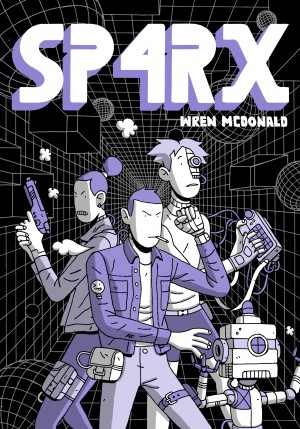