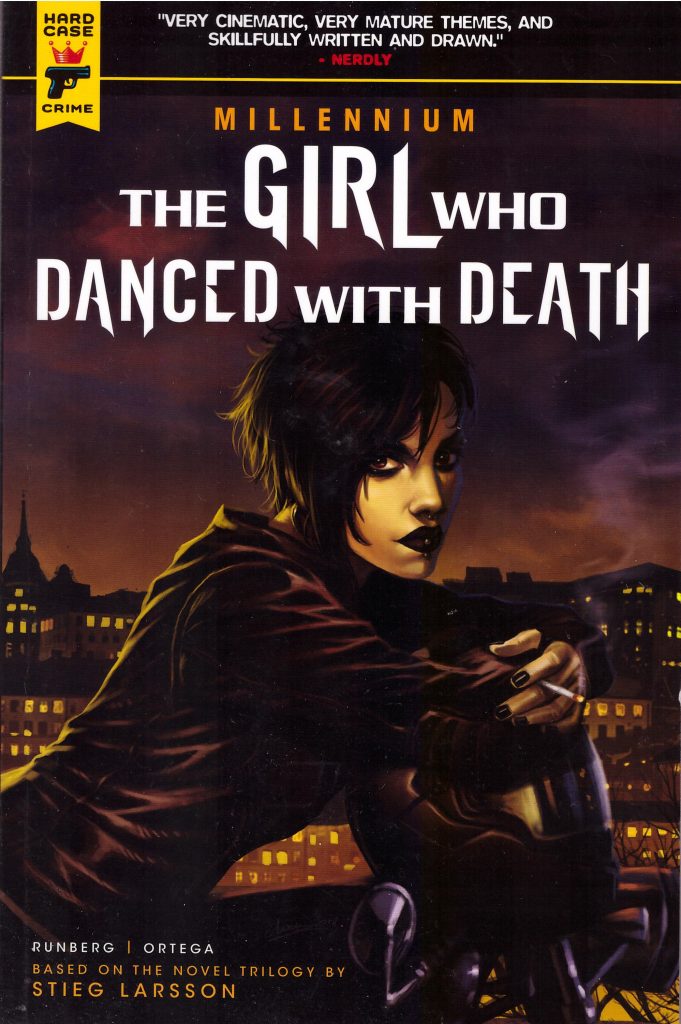 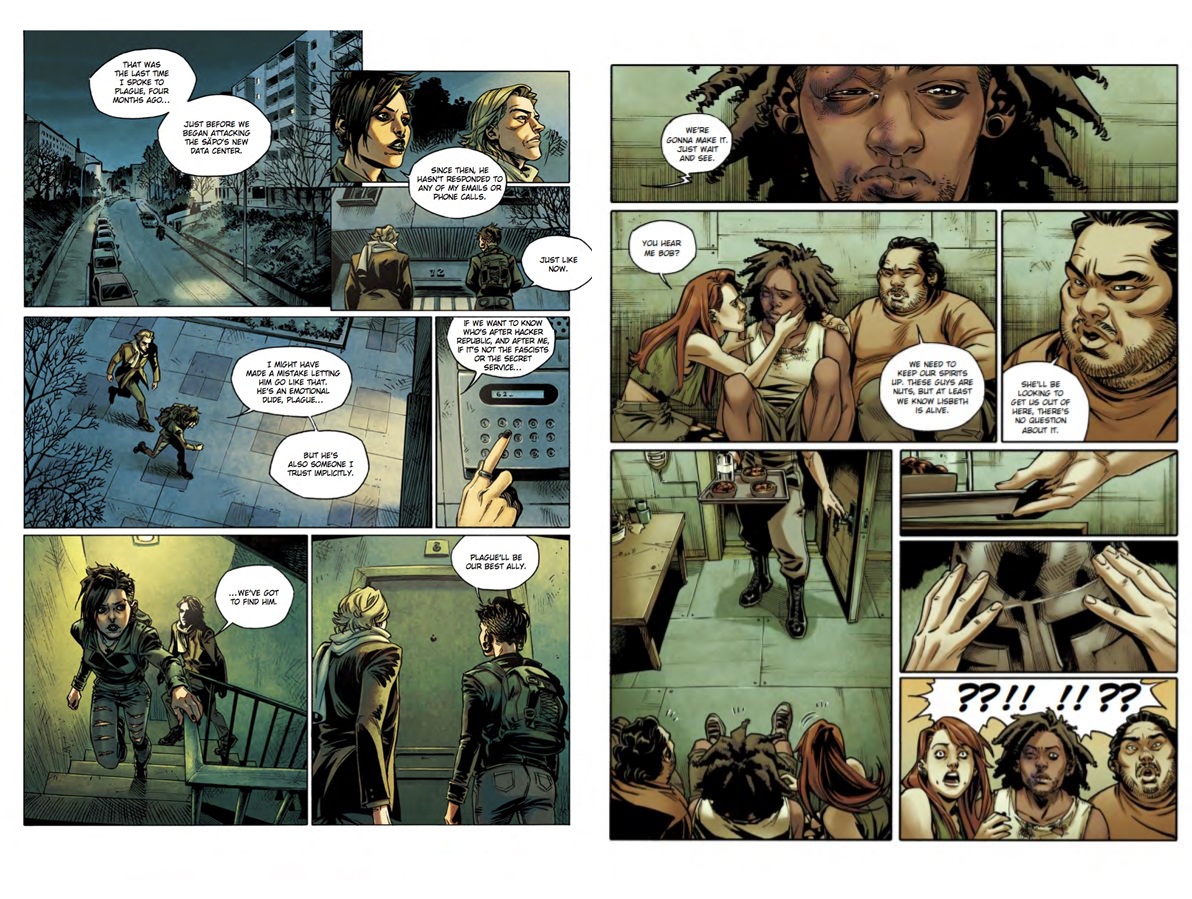 Sylvain Runberg’s adaptations of Steig Larsson’s Millennium trilogy were so proficiently paced for graphic novels by a writer with his own good track record, so it seems only natural that he apply his talent to the creation of an original piece. Talented hacker Lisbeth Salander and journalist Mikeal Blomqvist therefore return at a time of increasing social tension in Sweden.

Rundberg has a head start by having his lead characters defined for him in Larsson’s novels, but not every writer would be as capable of producing an original plot that reflects Larsson’s writing so well, and Runberg sucks in the informed reader right away. He reflects the real world political tensions across Europe, where right wing parties exploit fears of immigrants to promote their agendas, and throws in other contemporary bogeymen like a thinly disguised version of pick-up artist Julian Blanc. Blomqvist is investigating a populist right wing politician, while Lisbeth’s hacking activities have attracted the attention of the Swedish secret service, and she believes they’ve abducted one of her colleagues.

In Bélen Ortega Titan have unearthed another superb artist for Lisbeth’s activities. She exemplifies the European approach of valuing background detail, and by doing so convincing that the cast live in a recognisable world. That cast don’t have a pleasant ride, and Ortega’s strong emotional depiction accentuates their suffering, a situation that doesn’t appear to have any escape route. The weakness of Ortega’s art can be technology. She’s convincing with the motorcycle that proves so valuable, but obviously doesn’t enjoy drawing cars, or hands for that matter.

The issue eventually becomes the Swedish secret service’s new data centre, the information it holds desired by both Lisbeth and her allies, and a frightening group of far right activists. Runberg evolves this into a finely paced action thriller based on constant danger rather than any great mystery about who’s behind the villainy. While the right wingers are clearly his villains, Runberg is prodding at both sides of the argument concerning protection and civil liberties, challenging readers to consider where the line should be drawn. He also revisits an argument from Larsson’s books about whether any organisation that takes advertising money can be truly credible. For a while, it seems as if Runberg is also playing a narrative game, flying in the face of action thriller convention by ensuring that no-one with a line of dialogue actually dies. He’s certainly not been shy in presenting us with the usual cast of potential victims. However, by the end he’s reverted to the usual form.

For his conclusion Runberg is left with a choice between two contrasting levels of conformity. Does he remain true to real world political pragmatism with a conclusion that’s downbeat and disappointing, or does he conform to the standards of action dramas by neatly wrapping everything up and providing a punch the air release? It’s a polarising dilemma, so the ending won’t be to all tastes. Getting there, however, has been tense and rewarding.