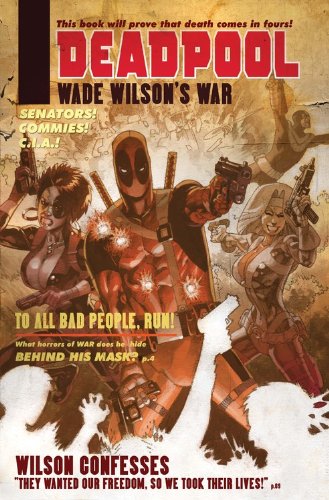 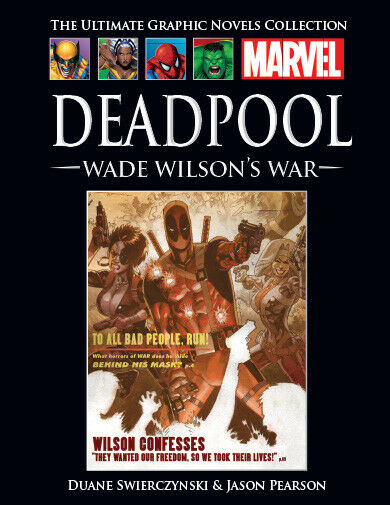 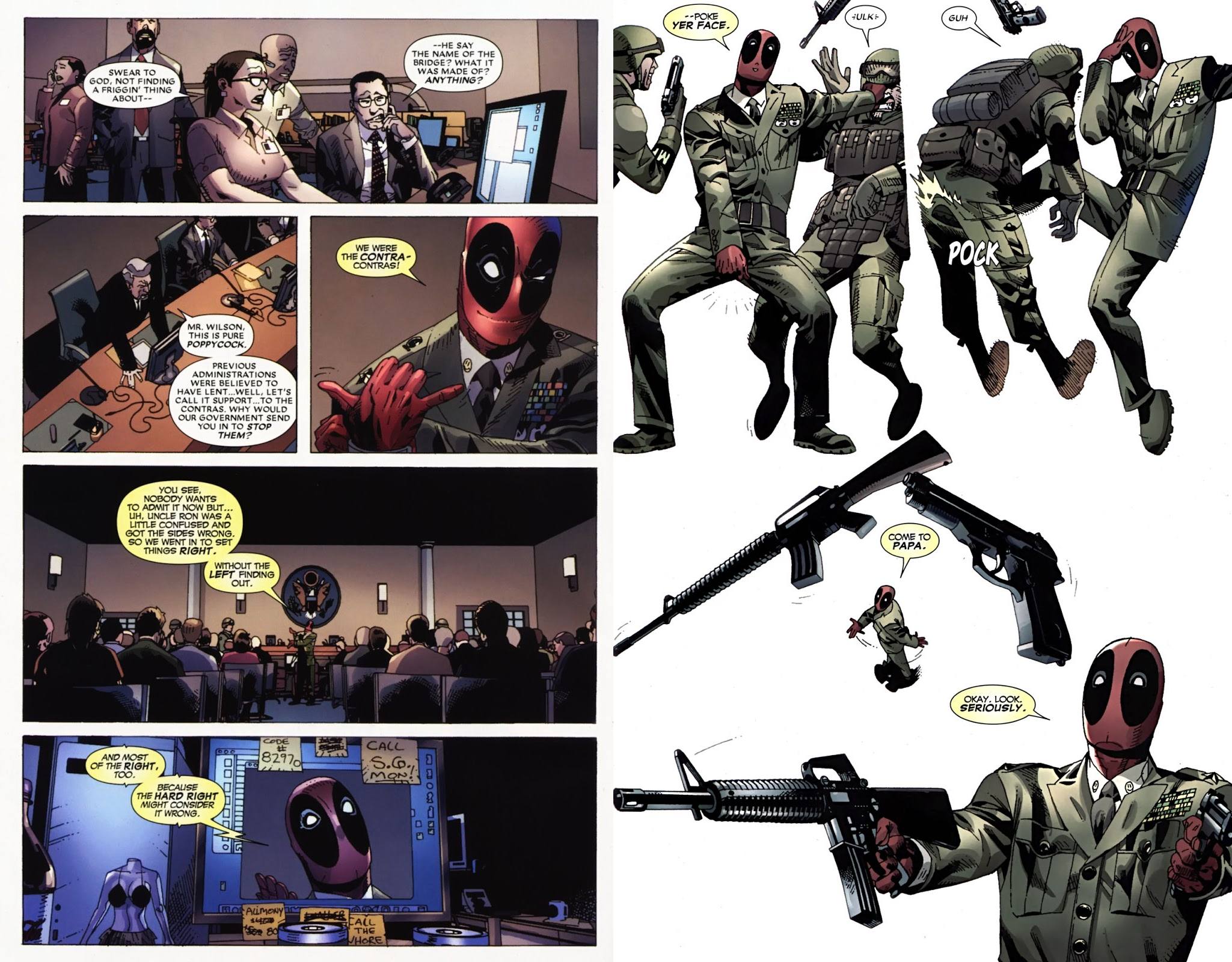 Take away the storytelling complexity and Wade Wilson’s War boils down to a mission for a team of mercenaries that goes very wrong. However, it’s the layered approach taken by Duane Swierczynski that elevates matters into a satisfyingly superior Deadpool outing. He does have to share the spotlight, but as Swierczynski only reveals that gradually, we’ll not spoil the surprises. He also begins in a nice place, with Deadpool appearing in front of a congressional committee many years later to explain what happened. The back and forth and basic disrespect for Senators results in some joyful dialogue. It’s one of several well applied comedy techniques, another being the captions telling us one thing while the art shows the truth.

Swierczynski is blessed by having Jason Pearson to illustrate his plot. Pearson’s back catalogue demonstrates he’s not a stranger when it comes to exaggerated cartoon violence. It’s put to good use when recapping the horrors of how Wade Wilson became Deadpool, with the process hilariously ramped up. The only downside to Pearson’s contribution is his objectification of the women involved. The entire story is intended as cartoon farce, but even allowing for that there surely won’t be many women happy at how their two-dimensional counterparts are presented.

Because Wade Wilson’s War was originally issued under Marvel’s Max imprint, the one with boosted violence, it should be noted that this technically isn’t the same character as per Marvel’s mainstream continuity. This difference becomes more important the longer the story continues, starting with it enabling Swierczynski to toy with reality, adding an extra form of delusion to Deadpool’s mind as he equates the activities of his squad with those of superheroes only otherwise seen in comics. Swierczynski also namechecks questionable American interventions in other states from the late 20th century, which lead up to the war in question, concerning a trip down to Mexico to take on the Sinola drug thugs, where the plot bomb is dropped. Swierczynski’s not finished there either, as he’s been foreshadowing all along, and when that comes to pass it results in a very satisfying ending, with extra props for quoting David Simon about Moby Dick.

Wade Wilson’s War is smart, funny and true to the Deadpool we love. It can also be found as part of Deadpool Classic Vol. 17: Headcanon, or in the UK in a nice hardcover edition as part of the Marvel Graphic Novels Collection. 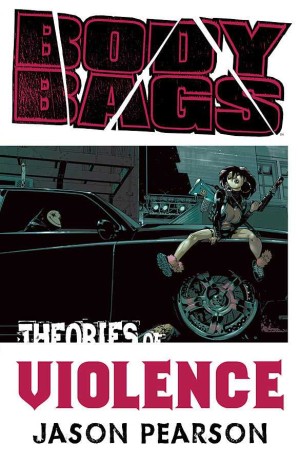