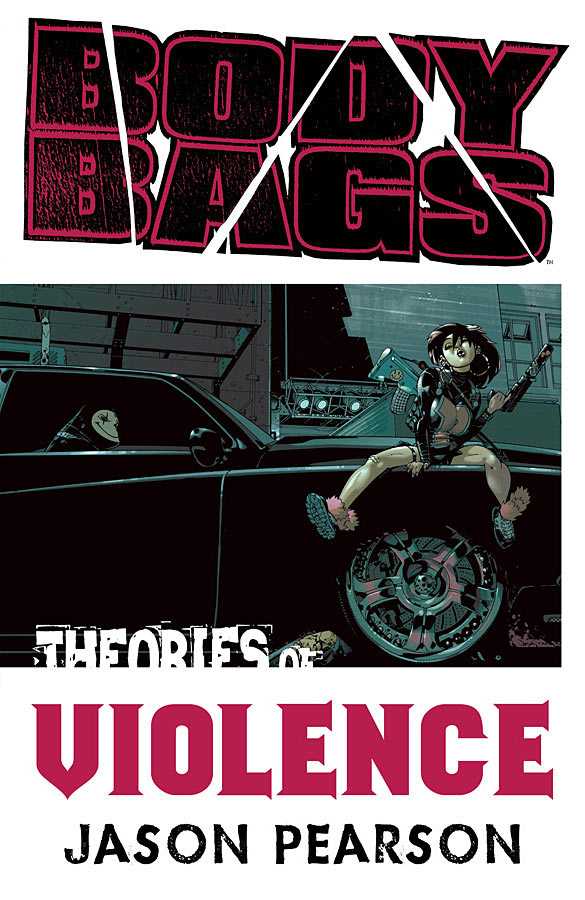 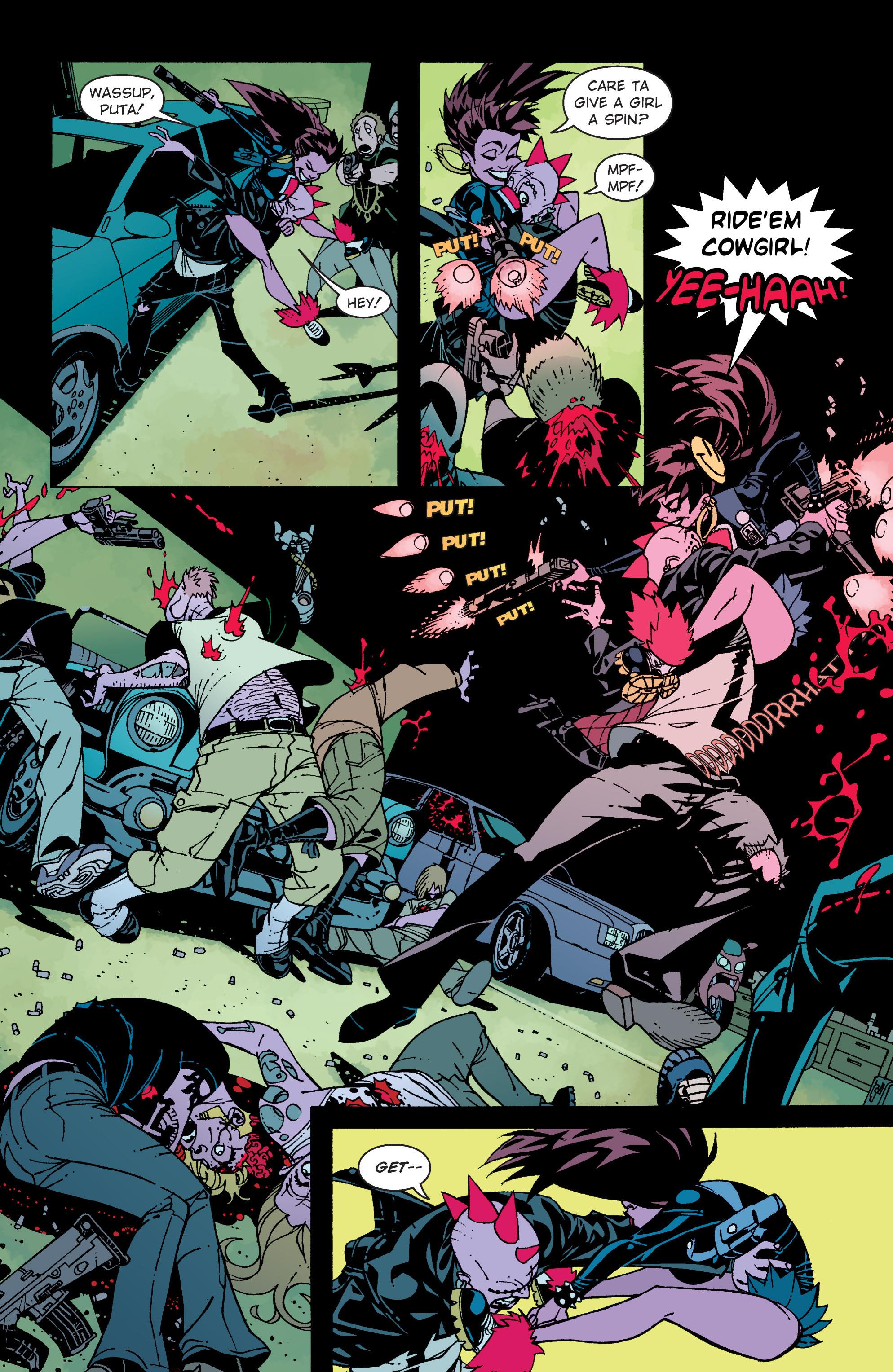 The opening book introduced vast and bulky bounty hunter Clownface, so known due to his distinctive smiley-face mask. His routine and partnership was severely compromised by a betrayal, and further complications ensued with the arrival of his sassy and well-developed fourteen year old daughter Panda. She saw herself joining the family business, and by the end of the book had proved resourceful enough to do so.

Pearson’s follow-up presents four single stories in preference to an extended narrative, but each provides the full dose of guns, blood and, let’s face it, stupidity. In the opener the business of picking off a whole gang of crooks goes south with the arrival of a live TV feed. It’s very funny, and sets the tone for the entire book with Clownface’s alternately loving and training his daughter, then being almightily pissed off with her as mistakes again impact on the case. The other stories involve some stolen military hardware, and a case told to a detective in hindsight, concluding with a violent spat in front of their employer.

The exaggerated cartooning is fantastic, although Pearson’s style evolves over the years in which these stories were produced. His cast are always well designed, down to the bit players, and his choreographed action scenes never fail to impress.

It should be noted that there’s still vast capacity for offence for anyone who chooses to see this as straight action rather than satire. It’s reinforced that Panda is fourteen, when her depiction and attitude suggests older, there’s swearing aplenty and a massive bodycount in a world where explosions are cool and they’re one of the easiest ways to die.

Extras in the back of the book include smaller reproductions of the shortest tales in their original black and white state, and a slew of alternate covers to the original comics. They’re just a bonus, as you’re going to want to buy this for the high level kinetic action thrills with the barrel full of laughs along the way.