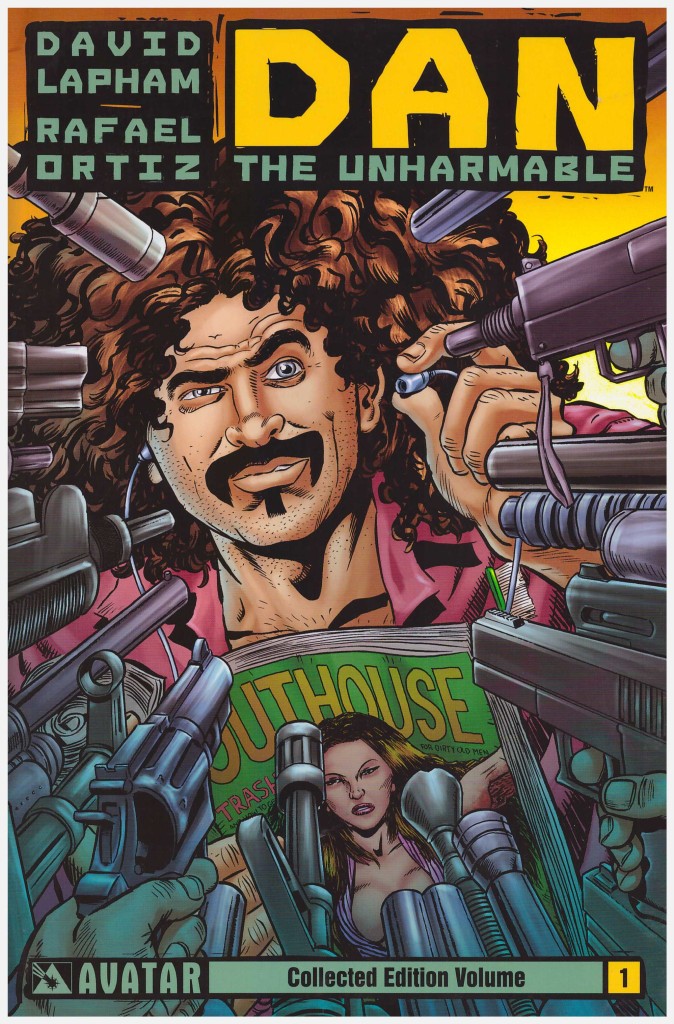 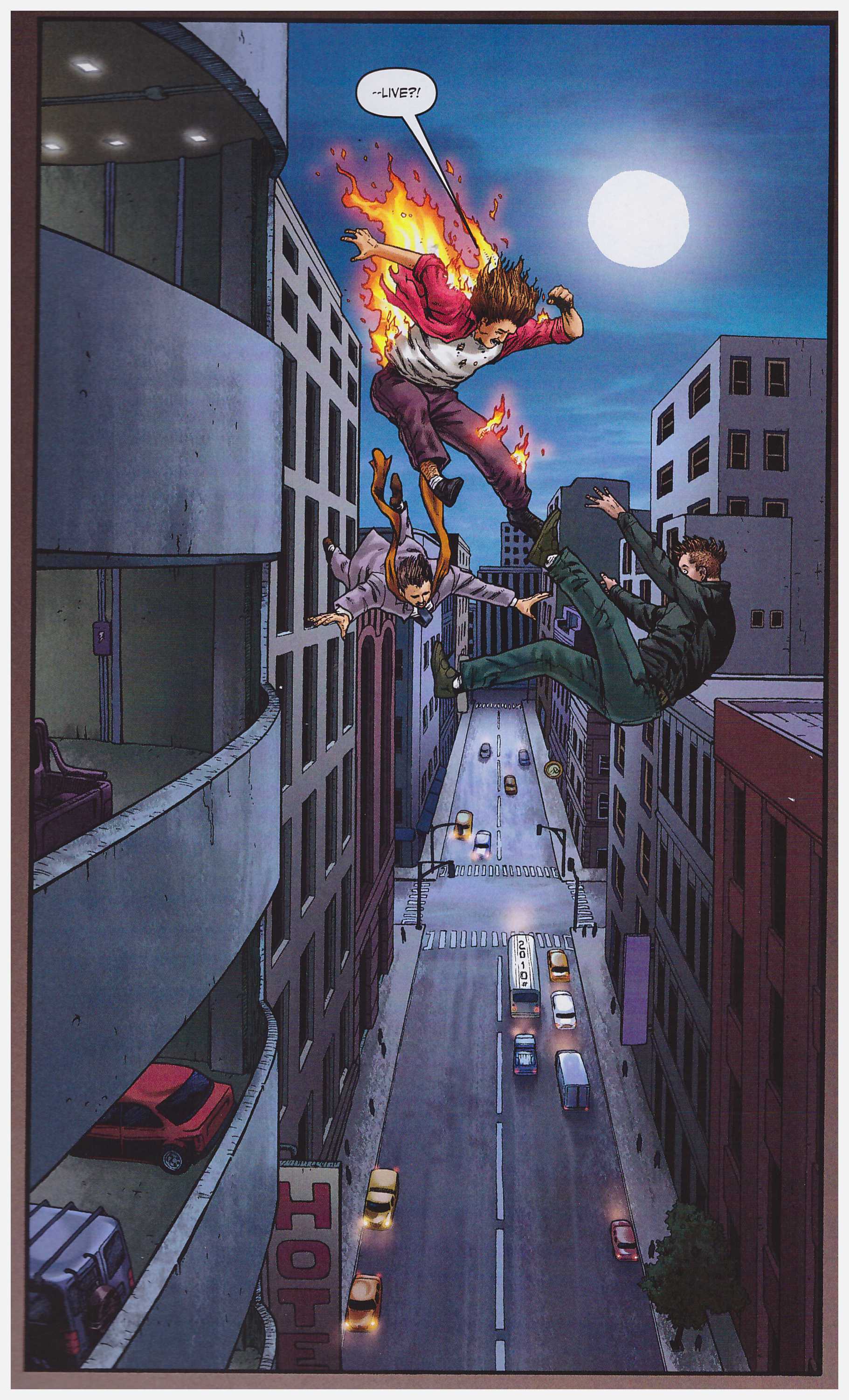 Dan is this big bear of a guy with dreads, a gut, a fondness for beer and the Melvins, and memory problems. He shambles around as if stoned, only briefly connecting with reality, and lives a hand to mouth existence. He has one major factor going for him, though. As the title informs us, he can’t be harmed. Not by bullets, by stabbing, by a tire iron, an explosion, drowning, car crash or being set on fire. We know this because they all occur, and Dan’s still around after each of them.

It transpires that before his present memory lapses and unharmable condition, Dan was somewhat the rogue, and he’s left quite a bit flapping in the wind. Imagine a slightly heftier Earl Hickey from My Name is Earl who’s less concerned about karma, and that about sums up Dan.

The plot centres around Dan being contacted by his estranged daughter to rescue her younger brother and sister after their mother has been murdered. It involves crooked police, assassins with psychotic quirks, and a sleazy cult leader.

David Lapham has moved away from the modern-day crime noir that characterised his best writing, and here almost moves into TV comedy scripting, but there’s no consistency. The finesse is sporadic, and the bright spots occur between pages of the mundane. Some jokes are obvious, and others work: “We’re all going to die, aren’t we?” says a child looking for reassurance, “No, kiddo”, replies Dan, “I’d be just fine”. What wouldn’t pass muster on the TV screens, though, is the level of explicit violence, and the offensive sexual content. Given the laissez-faire editorial policy at Avatar, Lapham lets loose, and as funny as much of the plot is, a queasy feeling is generated by comedy sitting alongside sequences of a father raping his young daughter. This is thankfully off-panel, but only after a lengthy prelude. At times it seems as if Lapham is straining to feed what he perceives as a contemporary frat boy audience, and heading way over the top.

There’s similarly no restraint button when it comes to the art of Rafel Ortiz. If you want blood, guts and gore, he’ll deliver. He’s a decent artist, his pages at times resembling a cleaned-up Carlos Ezquerra, with instinctive storytelling and a sense of the dynamic, if having the occasional problems with scale.

Not all Dan’s mysteries are dealt with here, but that’s why there’s a Dan the Unharmable 2.