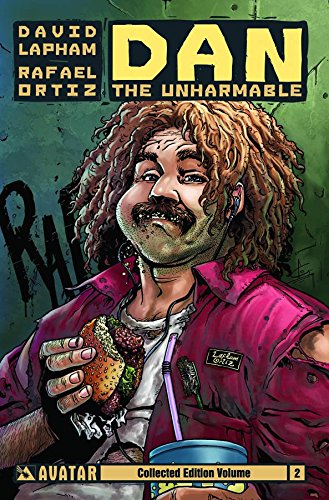 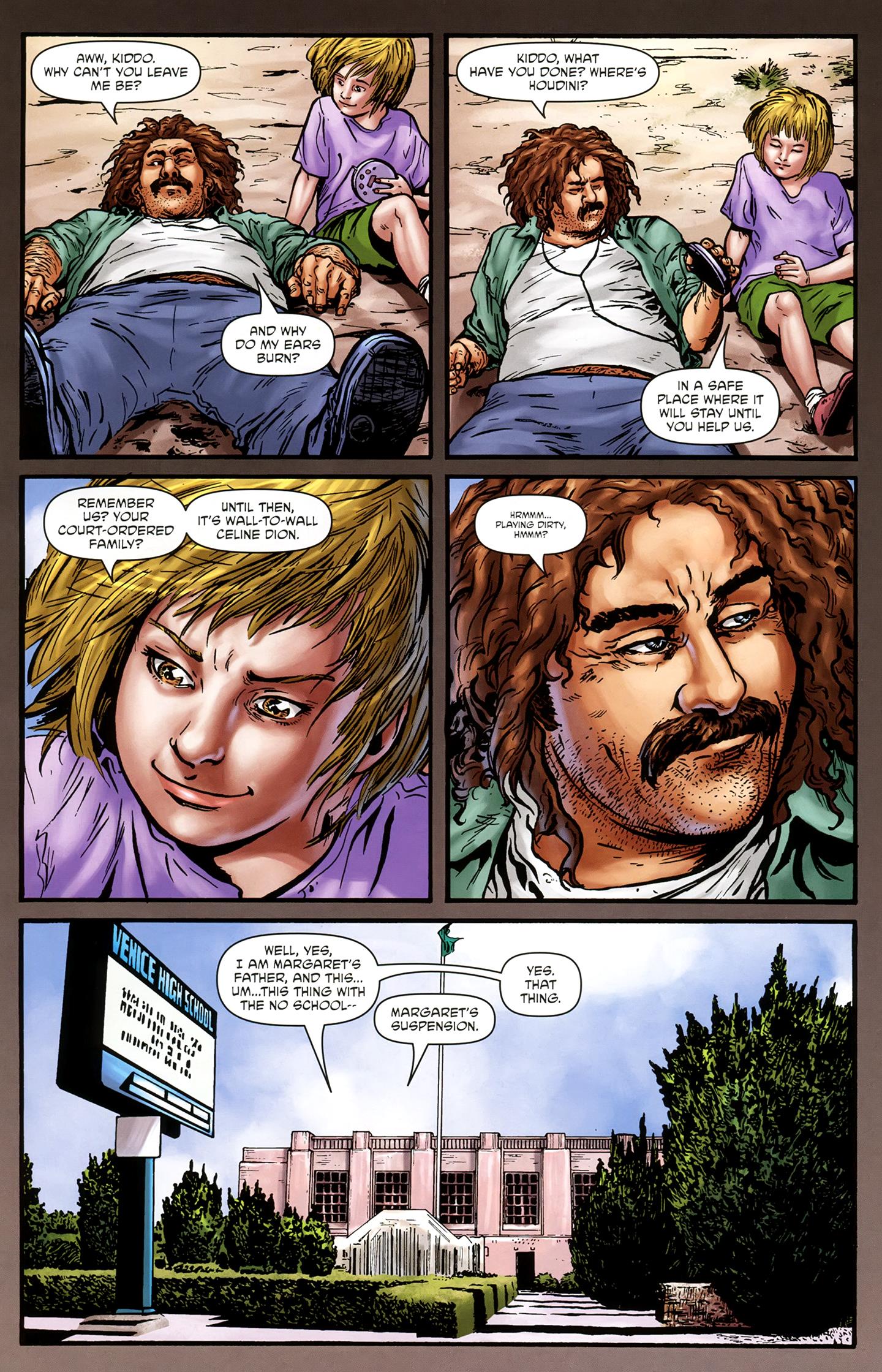 There’s an awful lot we don’t know about Dan at this point, but then there’s an awful lot Dan doesn’t know about himself. If we believe the sleazy cult leader introduced in volume one, then Dan was once a shady Hollywood agent who exploited others. Now he’s chilled almost to the point of soporific, but a well-intentioned guy trying to put some things right. Oh yes, and he’s impervious to harm. What hurts, maims or kills others has no effect on Dan, but the reasons why haven’t been revealed. He earns a living taking on cases for money, but doesn’t need much: “I was going to hit her up big, something in the three digits.”

In that first volume Dan became acquainted with a teenage daughter he never knew he had, and her younger half-siblings. Caring for them is proving beyond her, and pregnancy via the horrible events of the preceding book is an added complication. On the other hand, she’s resourceful, and while Dan may not care, she begins digging into his past.

David Lapham’s obviously in familiar territory when it comes to Hollywood sleaze and incompetence, and some of the satire is funny, as is much of the off colour humour, if hardly subtle. There’s also one vast and unfathomable leap into “why would you do that, Larry?” territory. In the current climate it’s difficult to dislodge that an underage girl is engaging in explicitly illustrated sex with adults. It’s presented in exploitative fashion, repeatedly, and is every bit as sleazy as the people being satirised. Rafael Ortiz is as overt when it comes to illustrating brutality and gore.

All this is a crying shame, as Lapham’s far better than what he’s peddling here, and when that shines through Dan’s a character you can engage with due to the quality of the scripting. There’s a more sustained quality to the scenes of Dan muddling through, and there’s a sequence starting with Dan being blackmailed by a young child that leads into some sitcom-style gold (if crude).

Much about the background remains unresolved in a rushed and unsatisfactory conclusion, presumably down to diminishing sales of the original comics. 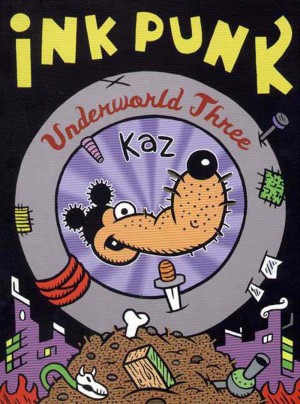