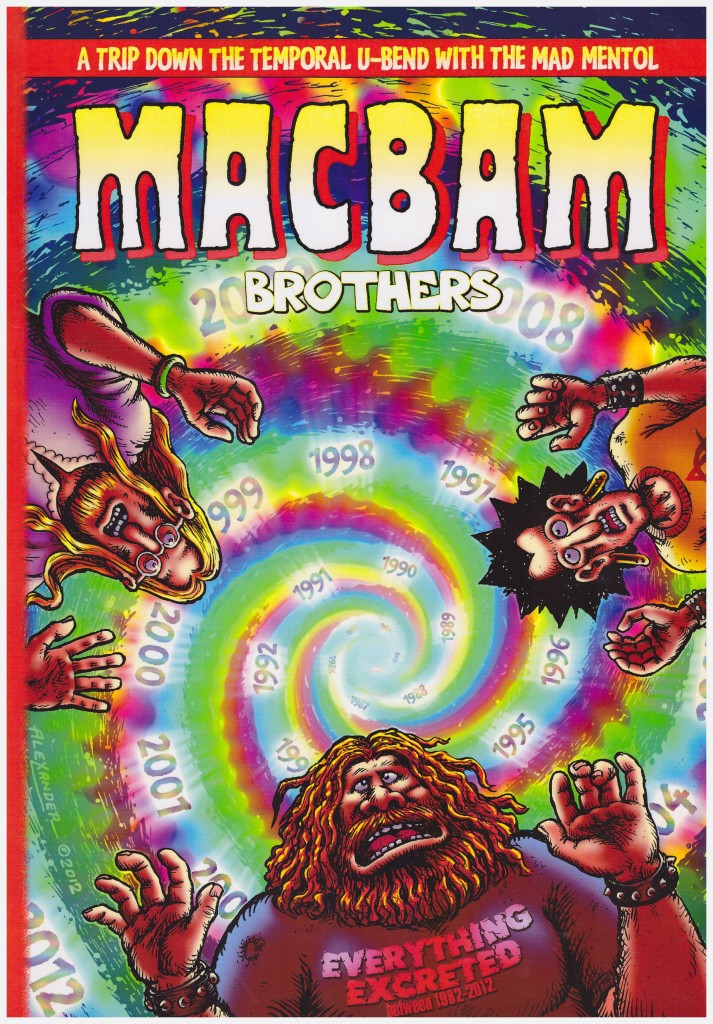 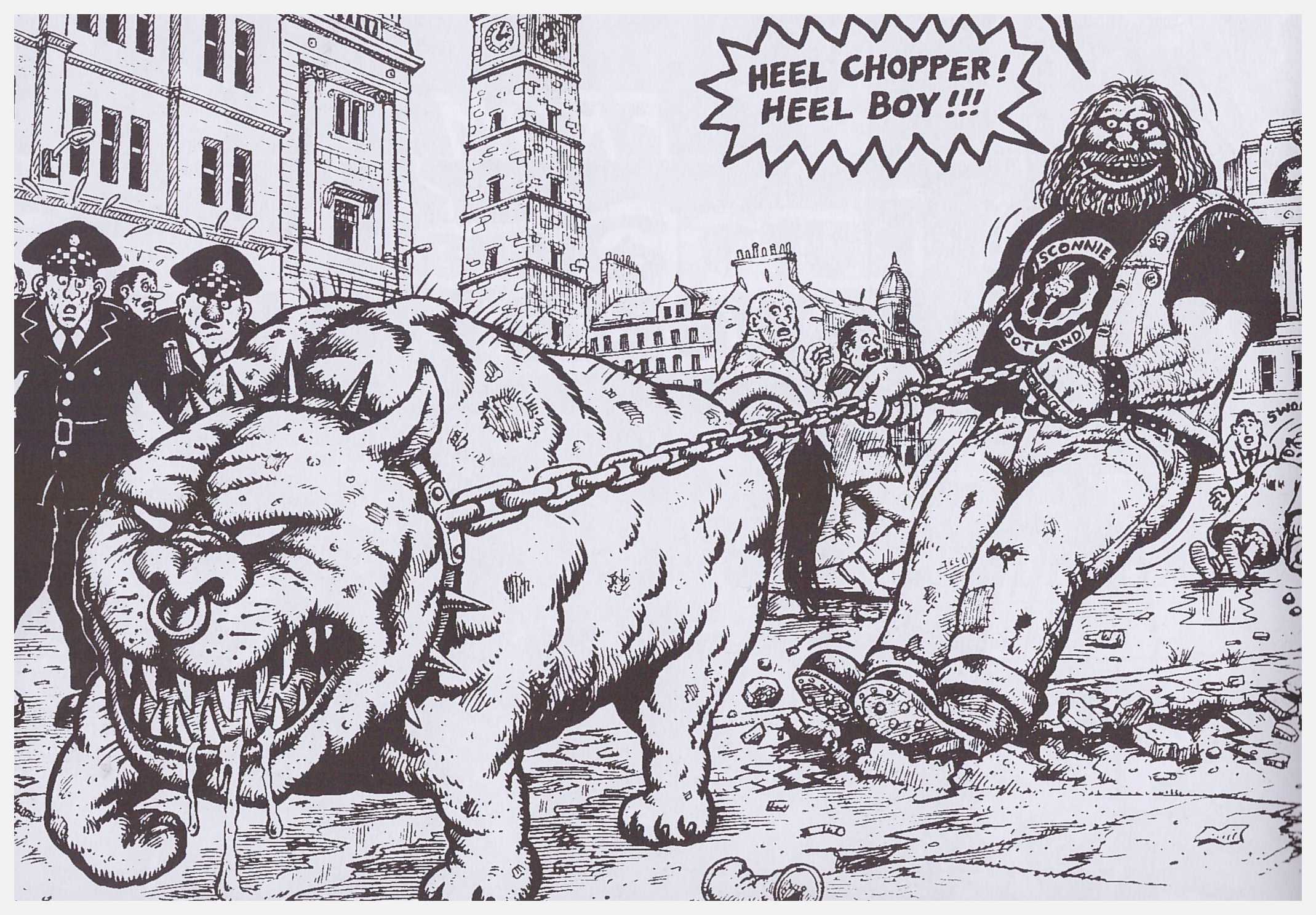 The MacBams are a trio of vastly different looking brothers at the lower end of the social scale appearing in resolutely comic escapades, and Dave Alexander’s facility with a mayhem-based plot involving drugs and alcohol matches that of Gilbert Shelton. Yes, the MacBams themselves are derivative, but originally inspired by 1980s British sitcom The Young Ones rather than the Fabulous Furry Freak Brothers. In the introduction Alexander notes he’s happy enough with the comparison and Shelton has no problems.

The material delves considerably deeper into vulgarity than the Freak Brothers, with frequent swearing and nudity, but shares the same assured sitcom style of confusion and havoc comedy. Do you find this funny: a bunch of dwarf assassins are temporarily disabled by the stench from a prodigious fart, followed by a scratch and sniff panel for the full effect captioned ‘Now wash your hands’. If that holds no appeal, the MacBams aren’t for you.

Pudden is a violent, shaggy giant of a man with a capacity for bevvy to match, Tam is a leftover vegetarian hippy, and Shug, the youngest, a punk. Reflecting the original prominence of the characters in Glasgow based humour magazine Electric Soup, the seedier side of the city and its inhabitants are a perpetual backdrop, with the dialogue steeped in dialect. It’s tempting to note the original language of publication as Scottish. Explanations are given, and to the outsider it provides a beguiling richness. You’re never sure what’s exaggerated for effect and what’s actually Glasgow. Was there a Paddy’s Market where a pair of embroidered early 1970s flares might be found in 1990 and a pub where they stage Western style shoot-outs? Apparently so.

As the strips cover a thirty year period, Alexander’s progress as a cartoonist is marked. His eventual thick on the ink style is adaptable enough to convey Pudden’s snarling brute of a dog, an alluring Snow White, and two forms of volcanic eruption, both actual and the results of a dodgy curry. He also has a compelling scope. Although not drawn in the fashion of Hergé, we have a Tintin pastiche, a text and illustration version of ‘The Three Skunkateers’, and long before Banksy’s Dismaland, the MacBam Brothers epic was ‘Escape from Euro-Dismal World’. The MacBams become superheroes, but with a preposterous Glaswegian twist, and there are plenty of pointed comments about Scottish lowbrow culture.

For those whose sense of humour can accept crudity, most of the MacBams is hilarious. What prevents it being five star material is that a near chronological reprinting from the strip’s earliest days is a warts and all approach. The earliest material shows promise, but isn’t as well drawn, and the scripts lack refinement (if such a term can applied to a strip that revels in its coarse approach). Move to anything dated 1989 or beyond and you’re treated to the oddity of American Underground culture sustained in Glasgow. It’s to be prized.