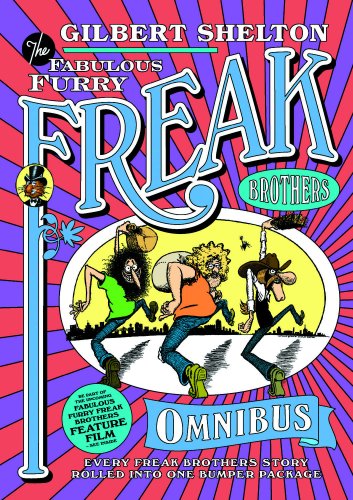 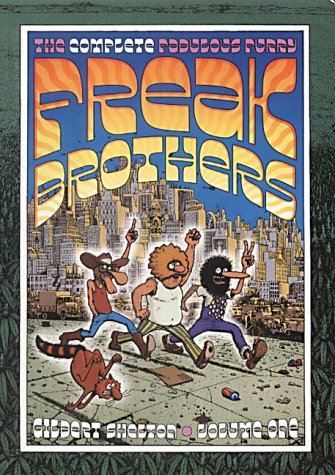 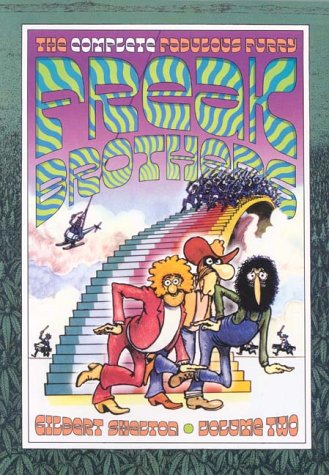 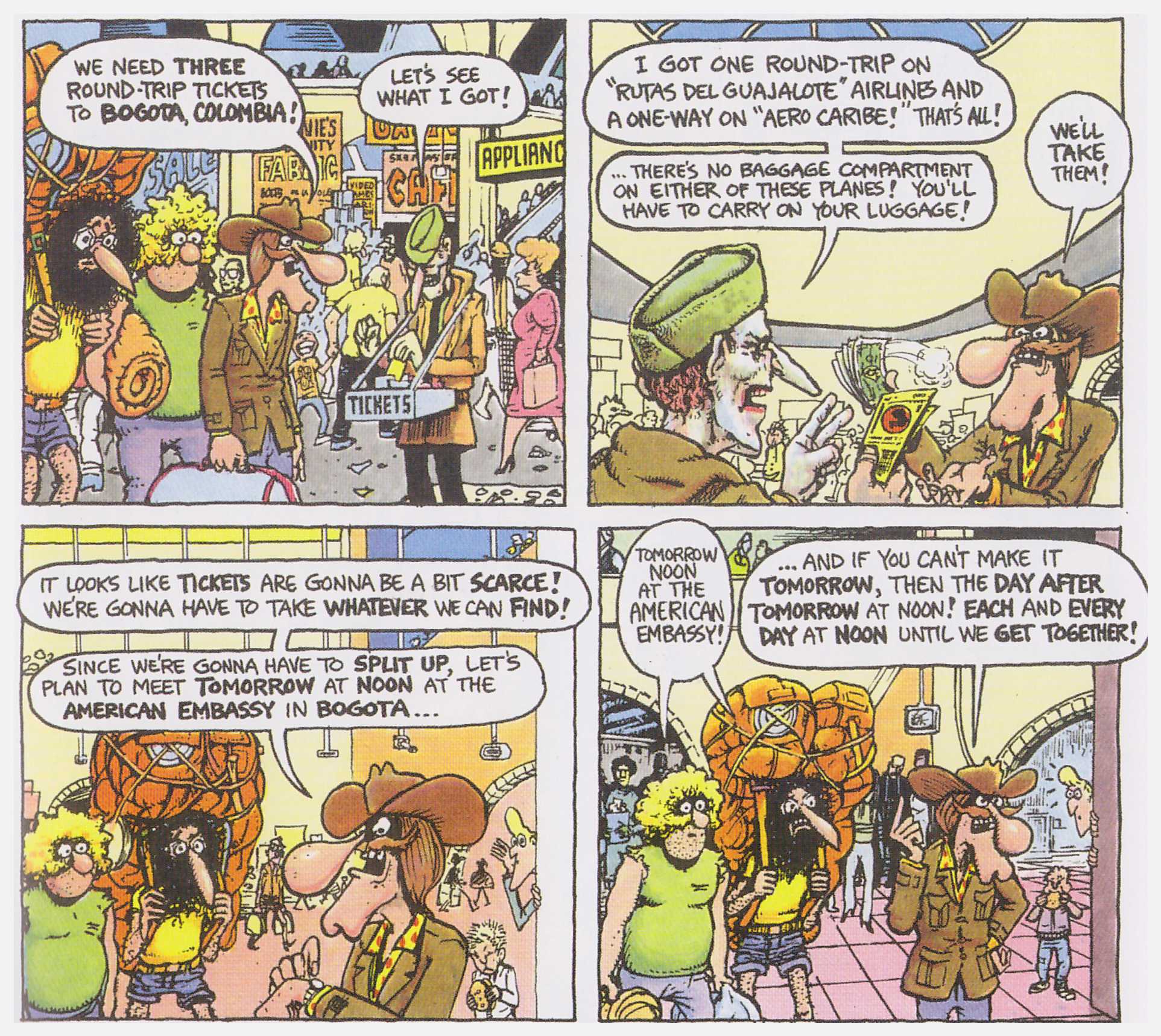 Without doubt the world’s most popular underground comic, Gilbert Shelton’s The Fabulous Furry Freak Brothers first appeared in a 1967 edition of the underground newspaper The LA Free Press. This indispensable omnibus – originally issued as separate colour and black and white volumes –brings together all 14 editions of the endlessly reprinted Freak Brothers comic book, the first issue of which appeared in 1971, plus illustrations, posters, rare strips and other brotherly loveliness (in this regard, the collection’s lack of proper annotation and commentary is its one serious deficiency).

Exemplars of the long-hair lifestyle, The Freak Brothers are Fat Freddy, Phineas and Freewheelin’ Franklin, three shiftless room-mates whose constant craving for dope forms the basis for many of Shelton’s funniest strips. Born in Texas in 1940, Shelton was a teenage EC-addict with a particular fondness for the work of Mad creator Harvey Kurtzman. In Blab 1 Shelton wrote that “Kurtzman’s style was my favourite. It was strong, full of action, and well-suited to a story-teller’s style”. Kurtzman once returned the compliment, describing Shelton as the “true pro” of the underground.

Inspired by the first manifestations of flower power, Shelton’s early Freak Brothers strips were drug-guzzling, cop-baiting, free-loving farces that both epitomised and satirised the countercultural scene. Whilst Shelton’s drawings were often extremely crude, his well-defined characters and meticulously constructed scenarios sustained a series of uproarious one and two pagers. He also began a series of strips devoted to Fat Freddy’s Cat, a flea-ridden ginger tom who proved almost as popular as the Brothers, and whose adventures are now collected in a companion volume.

Into the 1970s, longer stories like ‘Grass Roots’ or ‘Come Down’ allowed Shelton (and, by then, co-collaborators Dave Sheridan and Paul Mavrides) to stray from the basic formula of failed dope deals or run-ins with Norbert The Narc. This led to the epic ‘Idiots Abroad’ storyline, which remains Shelton’s masterpiece. Here, the Freaks decide to travel to Bogotá to buy cheap weed “from the source”, only to be separated at the airport. They experience a series of misadventures: Franklin is captured by pirates, Freddy travels through Europe (stopping in Amsterdam, natch) and Phineas becomes the ruler of a powerful Middle Eastern country. Gloriously coloured by Mavrides and Guy Colwell, this globe-trotting romp also enabled Shelton to abandon the hard-core drug humour which had previously alienated potential readers.

Since then, Shelton’s productivity has decreased significantly, with no new issue of the comic since 1997. Yet even today, the cast remain extremely popular with nostalgic hippies, pot-smoking ravers and a huge general readership who love Shelton’s wild humour and deceptively accomplished storytelling. This popularity has given Shelton the freedom to exercise a great deal of quality control over his best loved characters – there’s not a lot of dross here.

Never fully embraced by either the mainstream or ‘serious’ comics pundits, the static – and almost entirely male – Freak Brothers world often strikes non-believers as anachronistic or tired, a stale joke. Devotees, however, understand that while the hippy dream may well be dead, Shelton’s comics transcend their historical moment. They remain constantly amusing and endlessly re-readable, and how many other comics can you say that about?