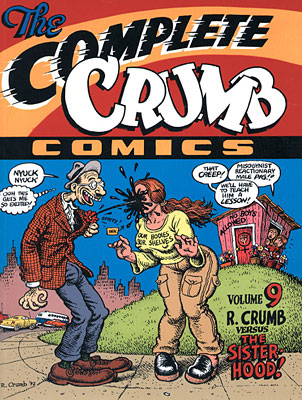 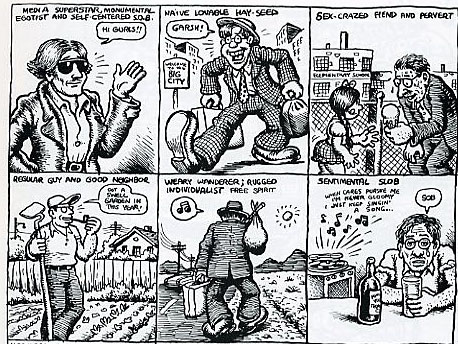 The Complete Crumb Comics Vol 9 contains material from 1972-1973 when Crumb in his introduction admits that he was feeling burnt out and looking for a new outlet for his art. It was in this period that he started playing with a band, the Cheap Suit Serenaders, and produced more covers and illustrative work. Robert Crumb is an undeniably important comic artist, but you have to question how complete a complete collection should be. Pages and pages of cook book illustrations and drawings for a pro-drugs essay don’t throw much light on his wider oeuvre, and nor do various pastiches, adverts and posters. Volume 9 is one of the patchiest in the series, yet still presents a number of interesting strips.

There are several outings for Mr Natural, and some shorts featuring other characters familiar to the reader who’s read preceding volumes, such as Salty Dog and Bo Bo Bolinski, but none of them are particularly outstanding. There’s plenty to outrage, with strips about abortion, underage pinups in ‘Turned On Cuties’ and men inflating women to indulge their pneumatic fantasies; much of the provocative material is satirical and aimed at women’s lib, such as the long strip strip from Black and White Comics, ‘R. Crumb versus the Sisterhood’ and ‘The Adventures of R. Crumb Himself’ from the infamous Tales From The Leather Nun. But there is also a sense of Crumb feeling around for new formats and routes to express himself.

There are a series of little half page strips and ‘Comical Comics’ from XYZ Comics where he’s trying out lots of ideas. ‘Comical Comics’ in particular assembles a series of individual panels which have very lateral links to each other and often seem quite unrelated, many with sight gags or just crazy drawings. But unlike the more obviously psychedelic strips, full of distorted images and surreal events, this strip plays off the patterning and rhythm of the assembled panels and has it own, curious coherence. Along with this interesting visual interplay Crumb becomes more of a character in his own comics at this point in his career, returning again and again to the public’s inability to evaluate him, deliberately provoking feminists to comedic effect while assuring them that “I’m on your side really, sisters” and reflecting on the many facets of his character, public and private, in ‘The Many Faces of R. Crumb’, which again uses a series of unrelated panels to build a narrative.

Crumb’s actual writing during this period is often sharply observant, and he references old comic strips and funny animal comics to vary his visual style frequently, but a lot of the cartooning looks rushed, particularly in the inking. There are strips with very rough-looking inking, a lack of awareness of line weight making the panels look flat and a finish that lacks detail and seems hurried, rather than fluid.

There are little points of interest in this volume, things to get excited about, but there is also a lot of material that none but the most enthusiastic Crumb fan needs to see. 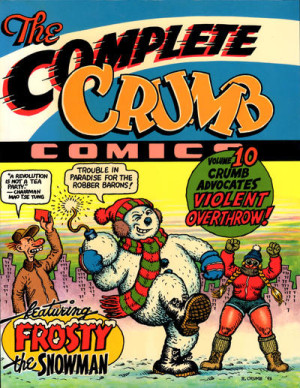 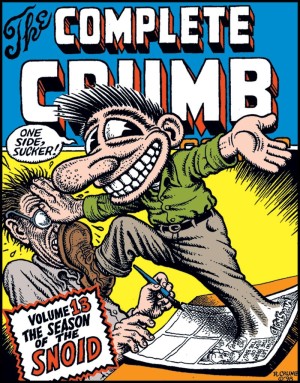