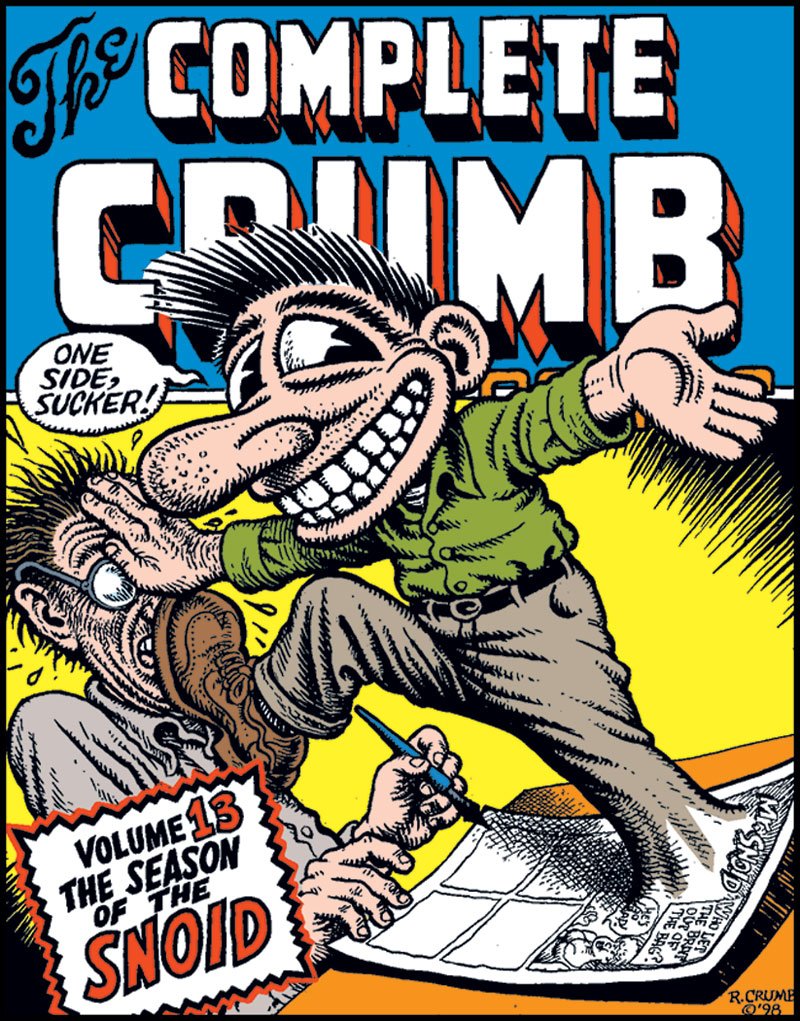 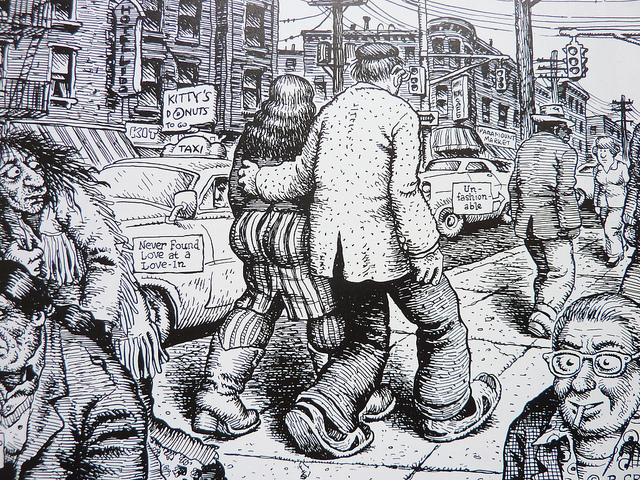 The problem with collecting the life’s work of an artist in chronological order is you have to take the outstanding with the less impressive work wherever it falls. Fantagraphics, who should be applauded for their completist approach to noted underground and autobiographical comic artist Robert Crumb’s work from a scholarly point of view, could have produced several five star volumes by judicious editing. Instead they have gathered every scrap of work, from album covers and flyers, to book illustrations and trading cards, as well as comic strips, of course.

Volume 13 comes as close to perfection as this approach to reprinting material can come, with so much premium work here. It demonstrates the great variety of drawing styles Crumb was able to command by this point. There’s the realistic portraiture in his work on album covers for old blues and jazz artists, styles inspired by early newspaper strips, such as ‘The Adventures of Onion Head’ and the existential musings of the ‘Bearzie Wearies’, and the bigfoot, slapstick approach in ‘Bop It Out’. The colour section reprints his Heroes of the Blues trading card set as well a number of album covers. Crumb’s rate of production was slowing – this volume spans 1978 to 1981 – and the quality of his output was going up. Crumb’s art rarely looked unfinished, but here we see what he can do when he composes pages and inks carefully.

Increasingly self-aware and self-mocking, but also teasingly contradictory, Crumb’s work in this volume turned further towards autobiography and depicting real life, with several excellent collaborations with Harvey Pekar from American Splendor, as well as a number of confessional tales. These include the first part of what would become his finest collection, My Troubles With Women. Funny, insightful and at times tender, My Troubles With Women represents a highpoint in the trend for confessional autobiographies. Interestingly, chronological reprinting over this volume enables the reader to see some of the same material filtered through different approaches. Many of the factors touched on in ‘My Trouble With Women’ are seen, through a glass darkly, in the Snoid stories that make up the first part of the collection. The Snoid is an embodiment of all the bad things in Crumb’s personality, a manipulative, vindictive, angry, childishly gnome who, like Fritz the Cat and Mr Natural before him, exploits philosophical fads and popular trends to his own ends.

During the period represented here Crumb turns away from psychedelia and Underground comics towards beautifully realised, observational work, and the result is quite splendid. If you only buy one of these volumes, this would be the one to go for, for its breadth and depth of material.