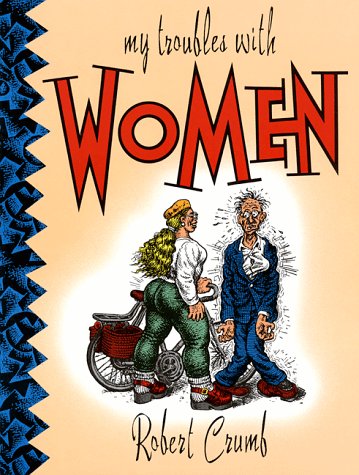 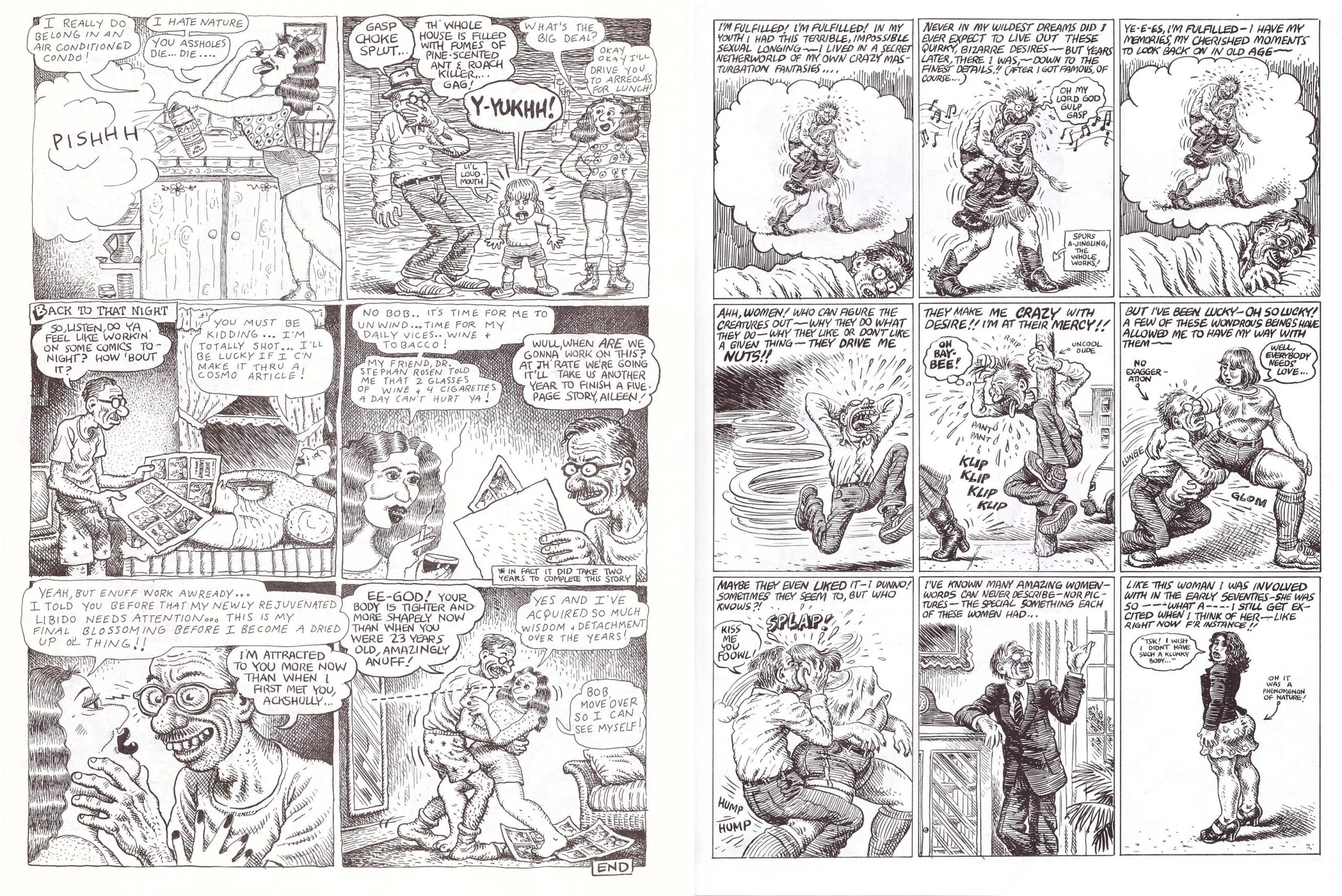 Much of Robert Crumb’s autobiographical material dwells on his relationships, and by extension with his incredibly shy and awkward personality. In hindsight some of his earlier more comical strips not repesented here can be said to explore the topics via stand-ins, while the mask was dropped for some 1970s collaborations with wife Aline Kominsky-Crumb. The earliest work reprinted here is the title strip, copyrighted 1980, but first printed in 1982, in which Crumb relates his shy and repressed youth to the point where he discovered acclaim held an allure. A sequel produced five years later returns to the teenaged Crumb for some deeper and more uncomfortable revelations, not least the bullying treatment that began the process concluding with his brother Charles’ lifelong reclusive nature. However, these strips also reveal that Crumb became serious about honing his drawing skills because lacking the confidence to talk to women, it was the one aspect of his younger self that attracted any attention from them. Moreso than most other comic artists, Crumb’s drawing is intimately associated with his sexual desires, so their frequent emergence in his stories is natural expression.

While Crumb’s always self-absorbed, some strips feature Kominsky-Crumb pointing out the realities of life, especially in the wonderful ‘Uncle Bob’s Mid-Life Crisis’, although one reality is that at his age nothing is likely to prompt a major change of outlook. Kominsky-Crumb collaborates with her husband on several strips, a frequent source of frustration to some Crumb devotees unable to see past the clash of technical ability to how the strips are enriched for having a viewpoint other than Crumb’s, and often funnier.

The content isn’t presented in any obvious form of chronology, so there are differences in the art style, the title strip far simpler than later work in which Crumb indulges himself with the cross-hatching and inking definition. Crumb’s art throughout is impeccable, rich in character, posture and detail, a never-ending source of visual joy.

To anyone not familiar with Crumb’s work, reaction to the idea of an artist exploring his neuroses with absolute honesty in a way that could be taken as demeaning to women may range on a scale of off-putting to offended. The nutty sexual wish fulfilment of ‘If I Were a King’ certainly supplies much ammunition for the latter view, but should thought be censored? Were Crumb documented as gratifying the fantasies he lovingly illustrates in the strip, it would be altogether different. Of more concern is the honesty of the older Crumb about indulging his preferences when younger, behaviour for which celebrities have been called to account since 2010. Even with the fantasy material it has to be asked how any woman would feel about the revelation of how Crumb views her. His self-portrayal is consistent in all these strips, and key to understanding him is that in reality he’s puzzled any actual woman gives him the time of day.

Opening with a strip titled ‘I’m Grateful, I’m Grateful’ and its list of Crumb’s pleasures in life provides a perspective on the compulsive, angst-ridden confessions that follow, indicating that if left alone Crumb finds existence more than tolerable. It might have been better placed closing the collection.

Many of these strips can be found along with Crumb’s incredibly wide-ranging contributions to Weirdo in The Weirdo Years. Crucially, though, that doesn’t gather everything here, missing the title strip, its sequel and the madness of ‘If I Were a King’.