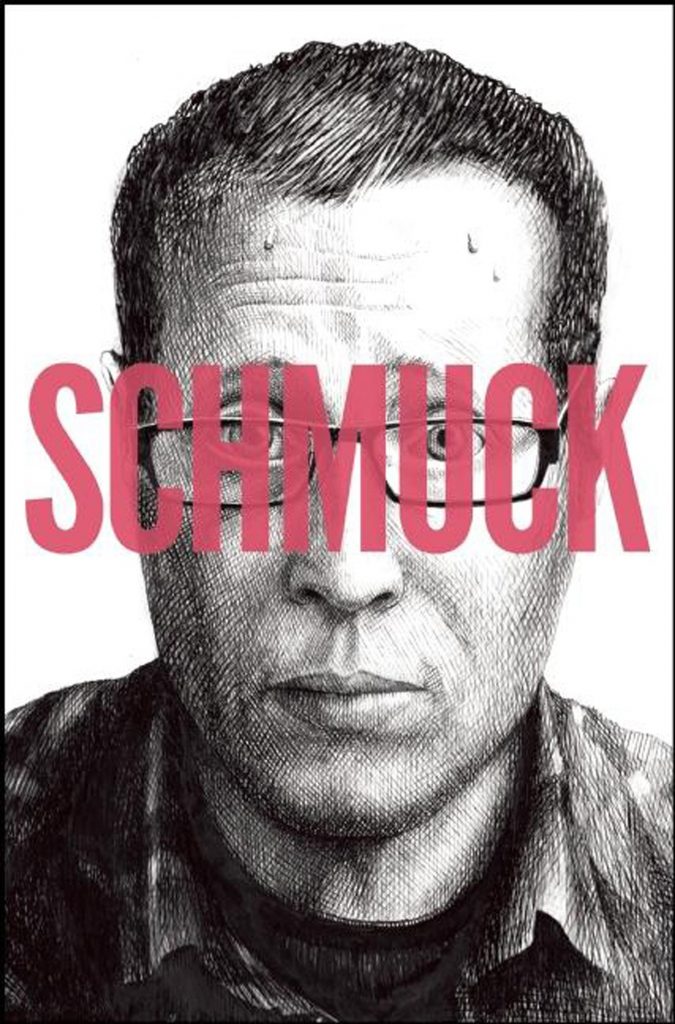 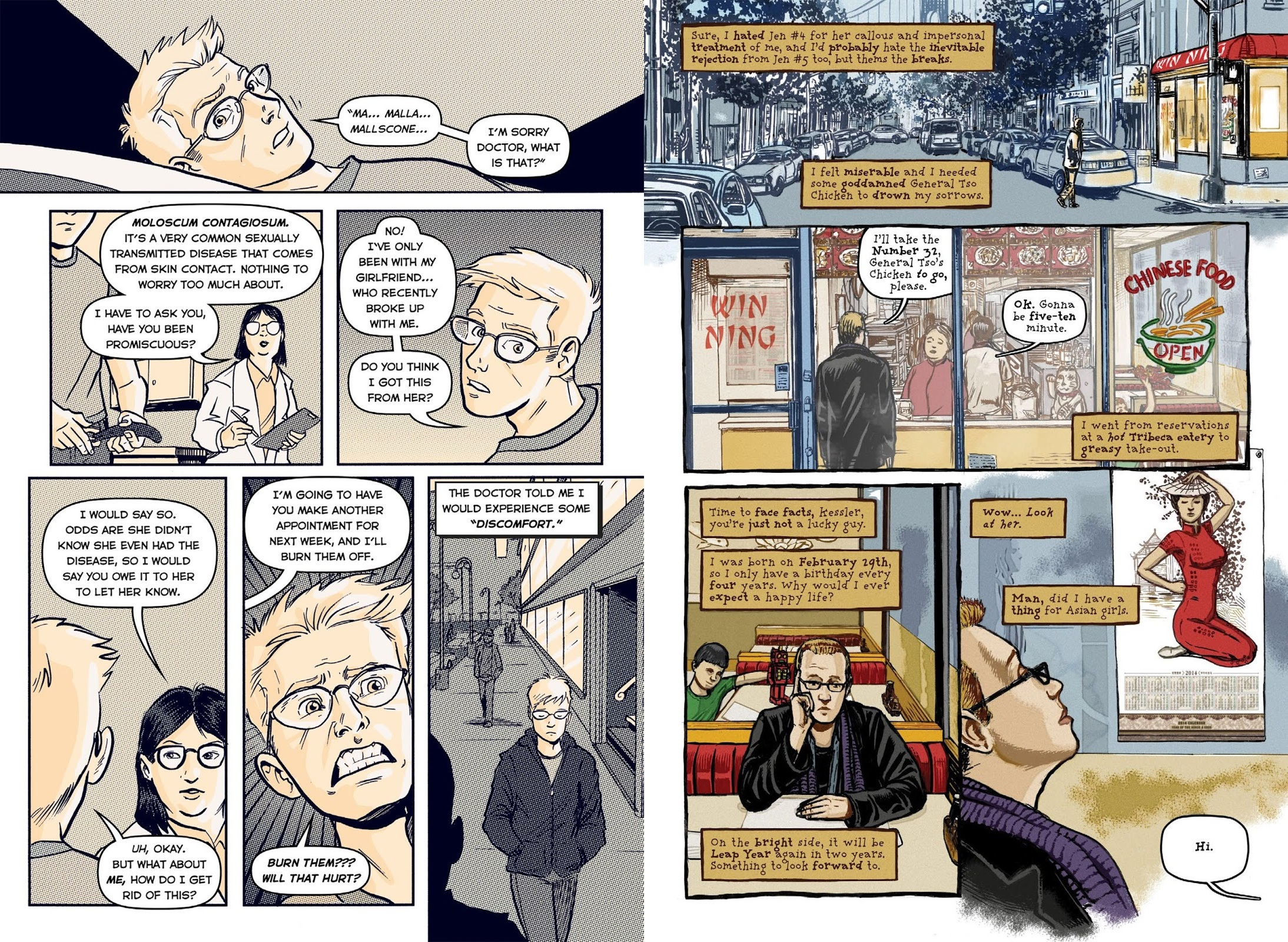 Schmuck is a clever project, combining autobiography with anthology as Seth Kushner runs through a series of anecdotes about his life via the distancing alter ego of Adam Kessler. Seemingly confessional by nature, inherent guilt inducing a nervous disposition, different stories reveal contrasting aspects of his personality. He’s self-deprecating, well aware of his faults, yet crucially able to look back on misfortunes and laugh about them. An early story about a fulsome, loud and uncomfortable spell on the toilet during a first visit to a would-be girlfriend’s house sets the tone.

Girlfriends or lack of them are the primary theme of Kushner’s recollections, as he catalogues missed opportunities, failures, and dates from hell along with accompanying attitudes and obsessions resulting in him shooting himself in the foot. Kushner acknowledges the influence of Harvey Pekar, both as an insecure Jewish guy who wrote about his everyday experiences and the similarity with his earlier troubles meeting women. Reading through the assortment it’s possible to construct a chronology of Kushner’s past, and we also come to know his friends through various appearances, the angry Kevin and the solid, supportive Alberto.

A photographer by trade, Kushner is aware of the power of an image, and while his chosen collaborators may not be household names, even among dedicated comic fans, they’re almost all talented, and Kushner’s open-minded enough to enjoy variety. The styles applied switch from the figurative work of Bobby Timony (sample art left) through individually styled cartooning to pages reminiscent of the 1980s underground, each artistic representation of him different. Not everyone works out, with some work enthusiastic rather than professional, but with the likes of Stephen DeStefano, Dean Haspiel, Leland Purvis, Tony Salmons, and Noah Van Sciver the better known contributors and plenty of unknown treasures, this is a solid artistic treat. The second sample page is the work of Tim E. Ogline from a particularly strange and resonant recollection.

There’s a tragic coda to Schmuck. Kushner’s final story details how he finally did find love and settle down. See if you can pick the lucky winner from the many women introduced. The tragedy is that having detailed his younger life, Kushner died of cancer aged 41 before Schmuck saw publication.