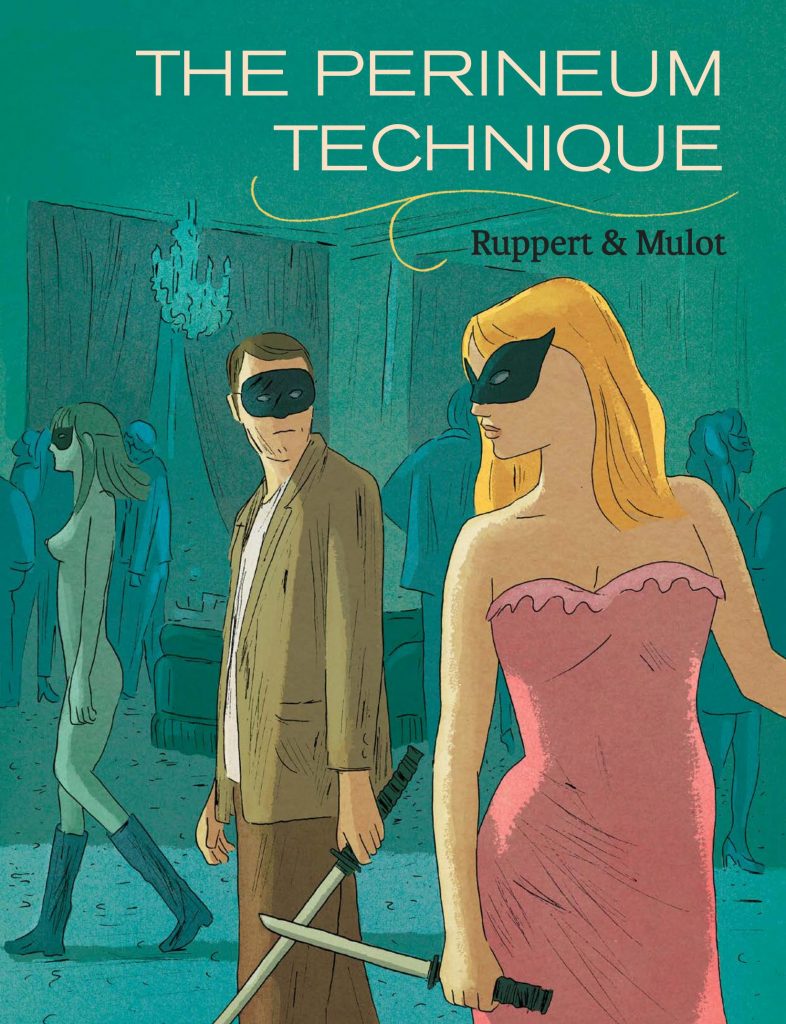 jh.niceguy only began an online sexual relationship with sarah.hott27 a week ago, but unlike his usual flings this has developed into unusually frequent repeated encounters. JH, a video artist by trade, is unusually frank about his sex life when talking with his assistant, in a way that would have him up on harassment charges in the UK, and is far more concerned about actualising his relationship with Sarah than she is. When they do meet she’s unsatisfied with him and suggests he uses the Perineum Technique to keep himself from ejaculating so rapidly, setting him a challenge during her absence.

It takes some while for the penny to drop, that for all the sexual experimentation on show, The Perineum Technique is an old fashioned romance given some modern window dressing via technology and greater sexual openness. It toys with the formula of the cinema romcom intelligently, not quite to the point where a movie version would cast Hugh Grant, but it is very funny in places, JH manipulated and frustrated as creators Jerome Mulot and Florent Ruppert treat the sad sack as appallingly as any spurned lover.

In the way that Philippe Dupuy and Charles Berberian used to, Mulot and Ruppert collaborate on both art and script, presenting a considered sketchiness reflecting the theme of hidden desires. It’s perpetuated throughout, with eyes so often concealed behind opaque spectacles or the only feature revealed by masks. They have a nice line in visual metaphors, both expressing JH’s feelings and for the purpose of avoiding explicit scenes, and in sexual symbolism, which culminates in a hilarious dream sequence. Also really impressive is the way Mulot and Ruppert use full page illustrations, completely at odds with the way American artists would lead to a climax, often presenting abstractions, or more symbolism, and these are astonishingly well considered. Scrolling down the digital version of the right hand sample page mimics the effect of being on the roller coaster along with JH. It’s a gimmick to be appreciated.

The Perineum Technique seduces slowly, opening with the sex and then really digging into JH’s life and insecurities in order to cement his personality. It’s a thoughtful plot, designed to be open to interpretation. Is JH cynically exploiting his experience as means of putting the brakes on a sliding career lacking inspiration, or is he creating a grand romantic gesture? The two concepts may seem poles apart, but they’re equally applicable, and neither is it certain whether Sarah appreciates his romance or cynicism. Read into it what you will, the experience is compelling.