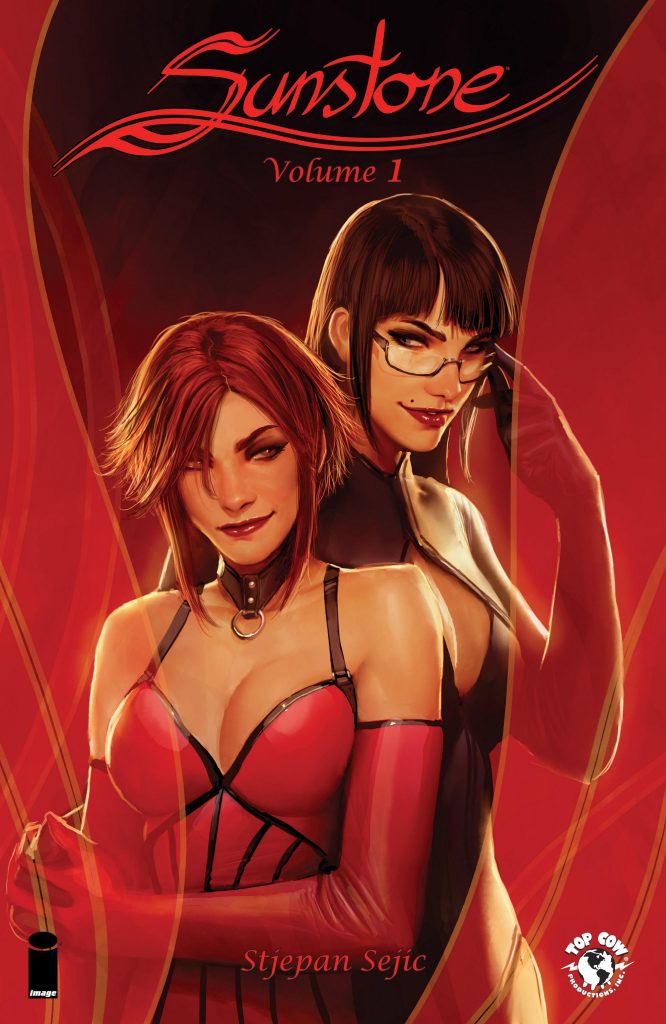 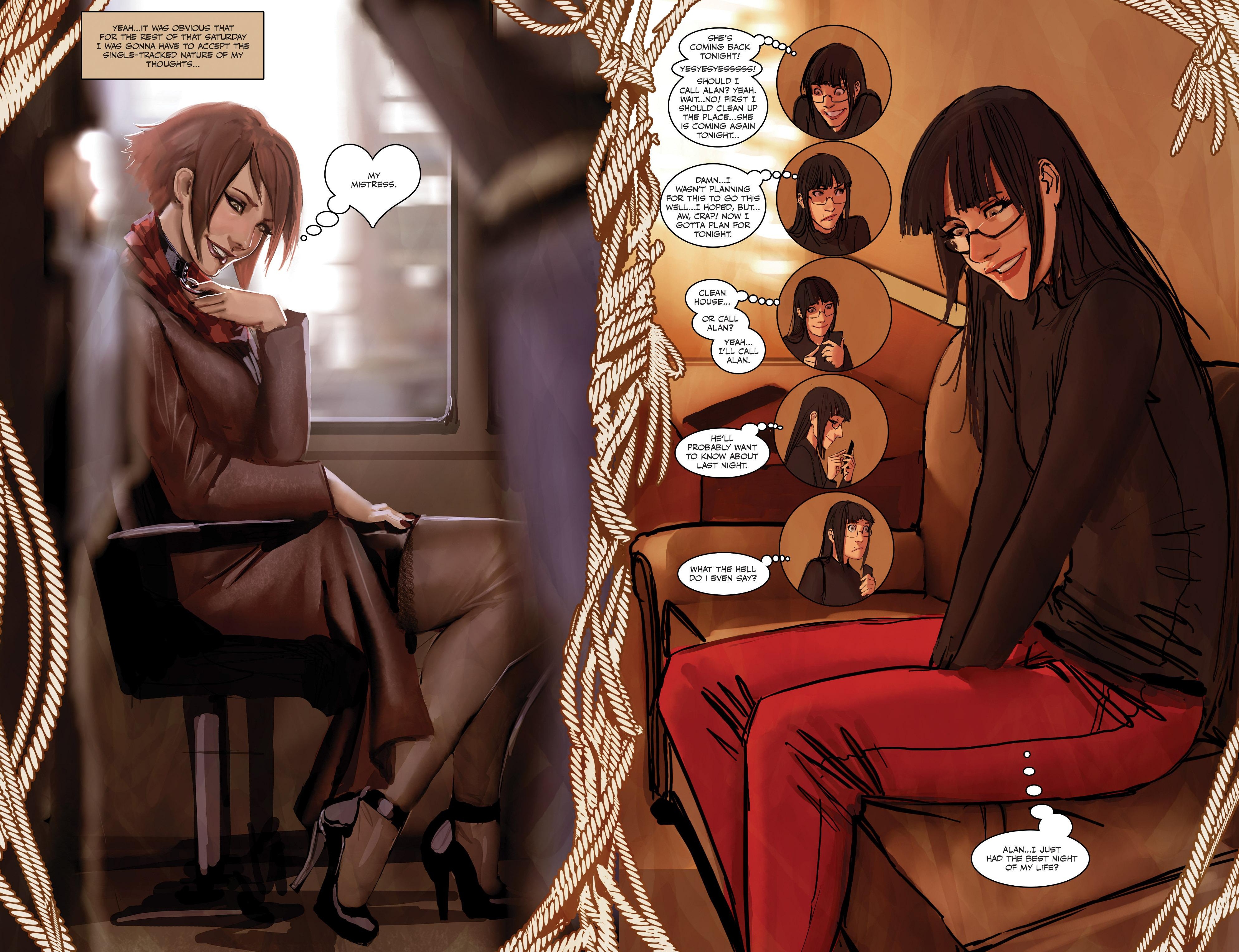 For all the naff prose, a positive aspect of the novel 50 Shades of Grey is its breaching a barrier. That it sold so many copies revealed more people have fantasies about domination and submission than would ever have been believed to be the case in the year before publication. At five volumes and counting, Sunstone appears to have been an equally timely graphic novel.

Stjepan Šejić’s primary artistic strength is drawing alluring, pouting fantasy women in a photo realistic figurative style. They’ve populated his previous work, the posing and costuming there sometimes coming across as gratuitous. If you’re going to produce a series specifically about sex however, the accusations of objectifying are wiped away at a stroke. Sunstone is that series, with Sejic able to revel in the fantasy material, but given the premise it’s far more restrained than might be considered.

The success of any fetishistic fantasy depends on the tease and the detail, and Šejić supplies that in full. For a graphic novel that’s essentially about sex, there are no glimpses of private parts until a third of the way through, which is very unusual, although there are surely more than enough to compensate as Sunstone continues. The preceding pages are spent getting to know Ally and Lisa, their desires and an anticipation that’s elevated alongside that of the audience. In both depiction and description this is fantasy material. Šejić builds slowly and a constant feature is the acknowledgement that both women are involving themselves in a fantasy, but they have their doubts and concerns, and we’re privy to the inner feelings of each.

According to the back of the book explanations, this isn’t a topic particularly close to Šejić’s heart, just something he chanced on when experiencing an artistic block, and boy, he pours the love into the artwork. The layouts are imaginative, sometimes spreads incorporating the panels within a larger illustration linked to themes of bondage, domination and submission. An early one focuses on Ally and Lisa’s thoughts separately on each side of a spread, but they’re joined in the middle via the panels fitting into a tightly pulled corset. As with the writing, the detail is important, and the variety of outfits forms the most obvious example.

For all the dressing up and fantasy elements, as much as anything Sunstone is a romance series. You’ll come to know the characters and want to know more about them. You’re not alone. If you don’t want any spoilers as to the future of the series, avoid Šejić’s back pages, where a fair amount is divulged. This is now also available in hardcover as Sunstone Book One, combined with volumes two and three. 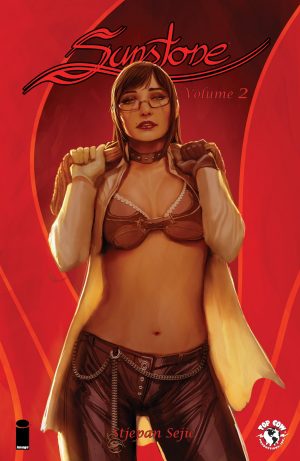 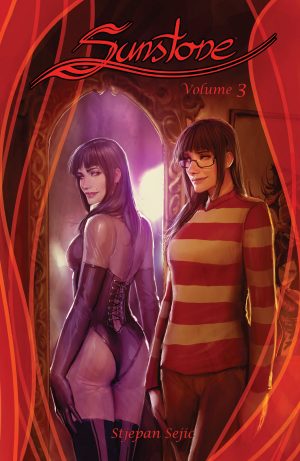 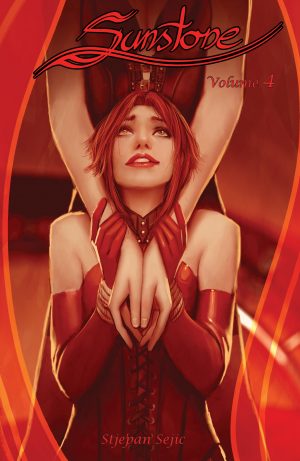 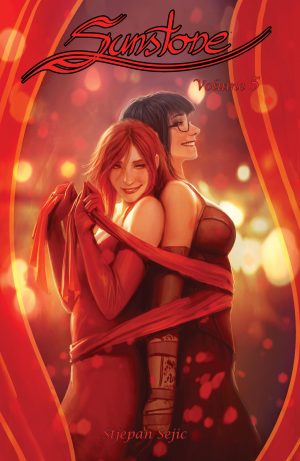