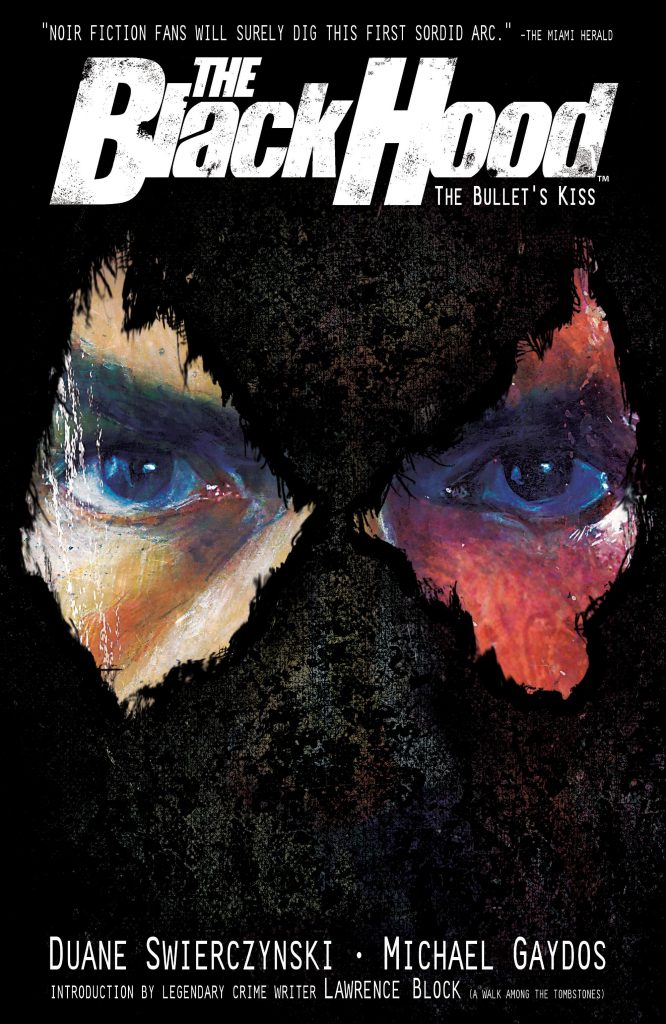 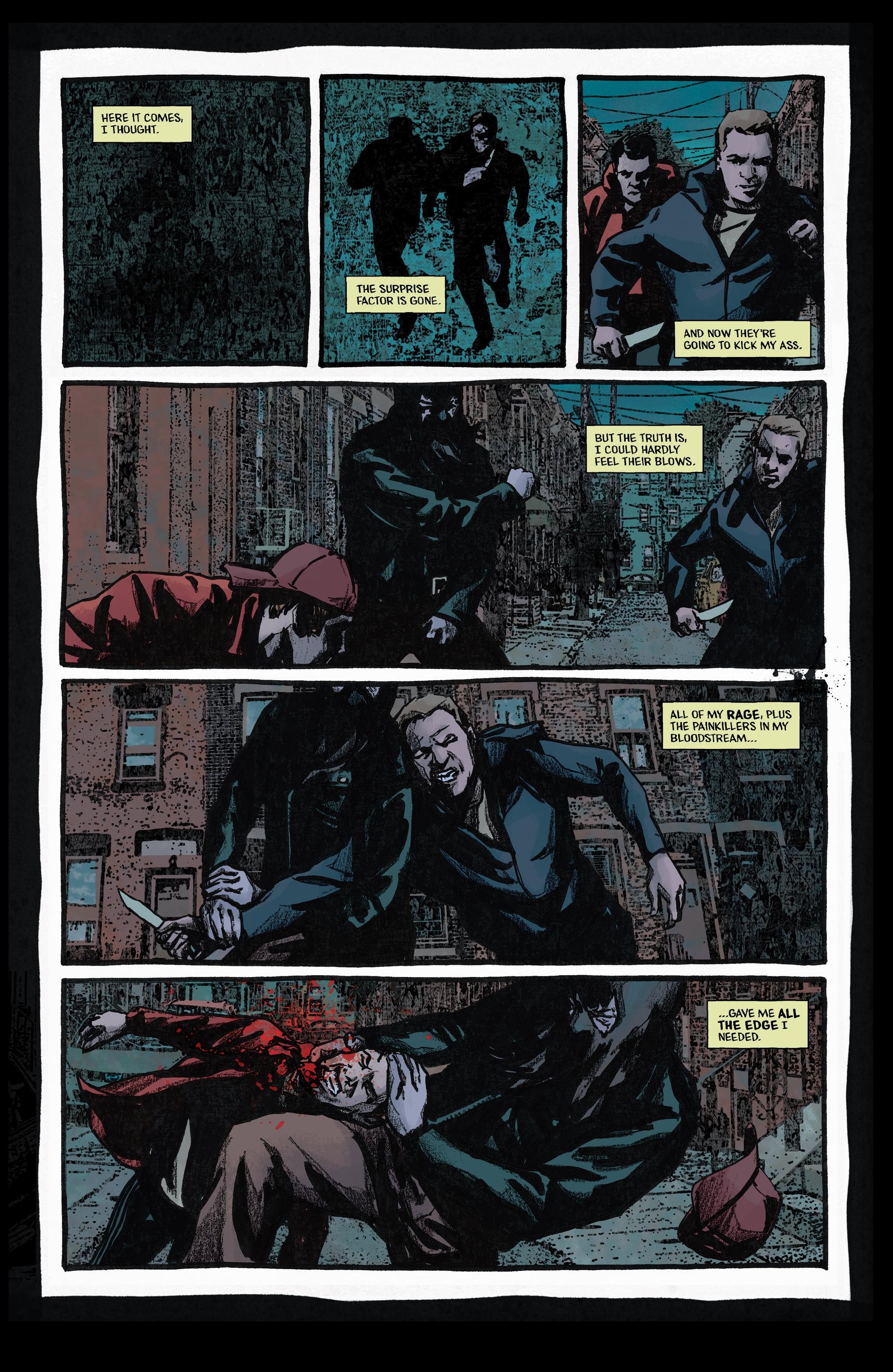 It’s not necessary to know it, but the concept of the Black Hood dates back to the 1940s. Some decades have been skipped entirely, but there’s been a brief revival in most since then, and the story has pretty well always been that of a policeman taking up a costumed identity to fight crime, operating on a motorcycle. This time round it’s Greg Hettinger, Phildelphia patrolman, after an unceremonious demise for the previous Black Hood. The consequence of Hettinger carrying out his police duties after reports of a gunman near a school is permanent facial disfigurement, and the associated psychological problems that brings. Duane Swierczynski uses this to set up a very bleak worldview, but also a far more logical reason for anyone adopting the Black Hood identity, along with a self-delusional capacity justifying ever increasing transgressions.

Swierczynski and artist Michael Gaydos embed their story in Philadelphia, using seedy locations with city’s glamour districts sometimes glimpsed in the background, and a grainy filter washing over every page perpetuating a mood. Hettinger’s disfigurement is essential and frequently seen, and Gaydos has created a chilling effect of raised and reddened skin, perhaps like Two-Face would be if treated more realistically, yet not so gruesomely depicted as to be off-putting. He’s good at building other characters, although while they’re archetypes to some degree, they’re all easily distinguished and consistent from panel to panel, which isn’t always the case with artists.

There are a few superhero trappings, but there’s no mistaking The Bullet’s Kiss as anything other than a noir crime story. Swierczynski constructs Hettinger’s change impeccably, and with some depth. Has the injury transformed him, or merely released the man within always present? He remains a conflicted character throughout, and while the protagonist, is he a hero any longer? It’s one of several moments of shifting ethical sands.

After the events in Philadelphia conclude it’s strange to turn the page onto the brightness of the Californian sun. This is drawn, nicely, by Howard Chaykin rather than Gaydos and follows naturally from the events of the feature presentation. Despite the brightness, it’s an equally bleak tale of deception, fitting the feature.

The Bullet’s Kiss isn’t a graphic novel to read for a pick me up, but anytime you want to immerse yourself in one man’s fall and further fall, this won’t disappoint. The series continues with The Lonely Crusade.