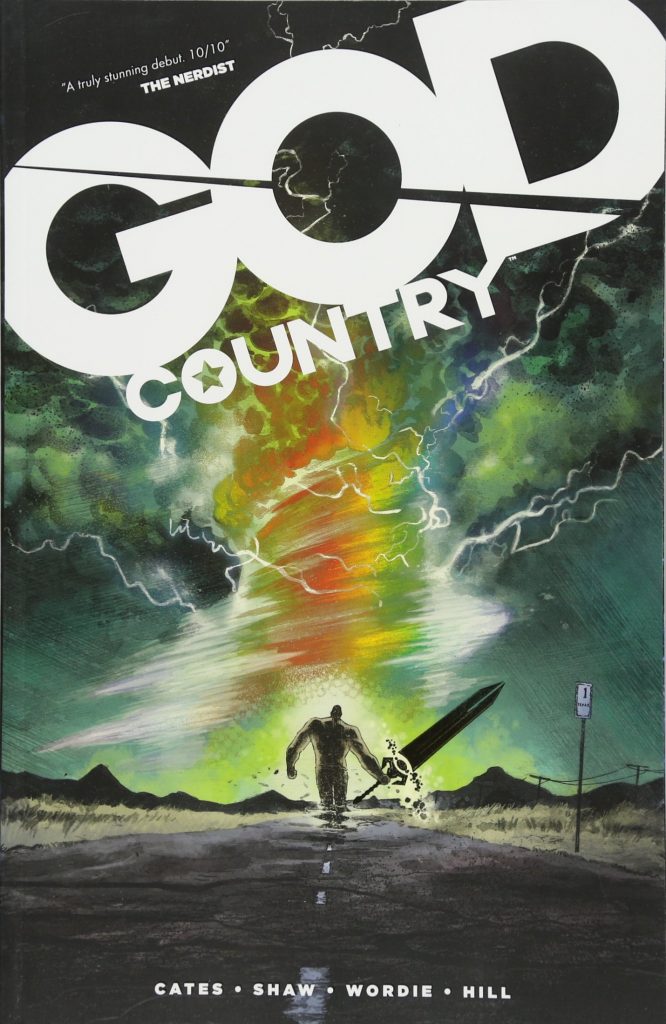 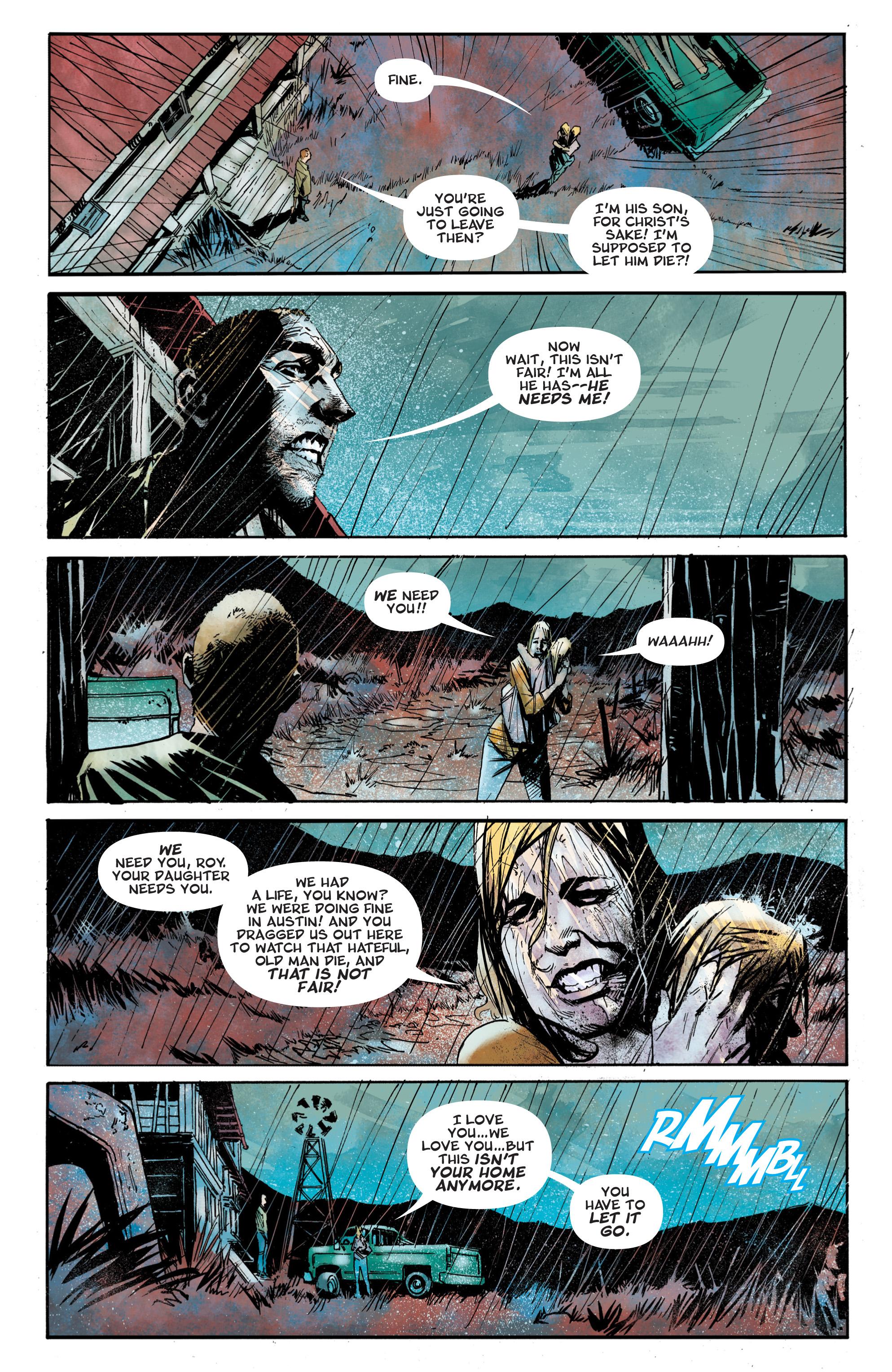 Roy Quinlan has a few problems. He’s moved his family into the remote farmhouse where he was raised in order to look after his aged father, now with Alzheimer’s disease. His wife Jane hasn’t taken kindly to the idea, and the final straw is when Emmett Quinlan in his addled state begins raging and swearing at their daughter. Then everything changes.

Garth Ennis and Jason Aaron have both achieved considerable success with graphic novels that combine eccentric characters with a gritty realism, and sometimes an anomalous element. A sort of shredded heartland dream, and with God Country Donny Cates can be added to that list. For the opening chapters at least, after which things take a turn. By then he’s already invested a mythical quality by distinctive narrative captions making it plain their author speaks from the future.

Valofax is the God of Blades, and during an extreme tornado it deposits itself with Emmett Quinlan. It’s a magnificent creation, around three times Emmett’s height, and almost as broad, and as long as he’s holding it his Alzheimer’s disease recedes. It’s a contrary blade, one that knows its own mind and one that by human standards can perform miracles as well as hacking and slashing, but it has an inherent code, and any bearer that contravenes that code pays a terrible price. For Emmett, having his life back again trumps any potential price. Or so he thinks at the time.

Cates spins God Country out in the manner of serialised television, revealing a little more with every episode and upping the threat level with every episode. It’s with the fourth that some capabilities become apparent, among them the hold the sword has on previous wielders, and why it’s so important to them, and, yes, it swerves the obvious Lord of the Rings route.

Geoff Shaw needs to combine the epic with the downright ordinary, and that’s not the easiest trick to pull off. Setting the earthly portions in a remote area of Texas helps with a sense of scale, essential to the story, and he’s very good when it comes to characterising ordinary people. These are ordinary people, not the paragons of perfection usually found in comics. You’d pass Roy in the street without giving him a second glance. Shaw’s imagining of other realms isn’t as strong, strange shapes, a lot of lines and giant creatures substituting for detail.

A subtext filtered through God Country is whether there should be an acceptance that a time has passed, not just via Emmett’s recovery, but elsewhere, and what happens when someone hangs on for too long is nicely considered. Another atypical feature is God Country saying what it needs to in the six chapters collected here, telling a complete story and enabling the creators to move onto other projects before becoming tired. It’s a formula some other creators might want to take a look out instead of running a good idea into the ground.