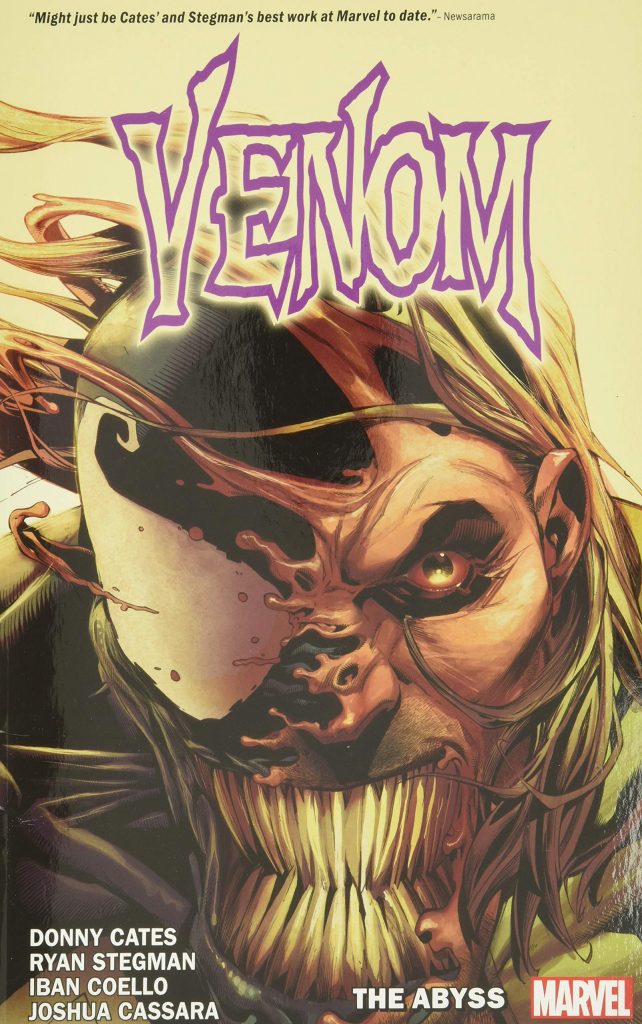 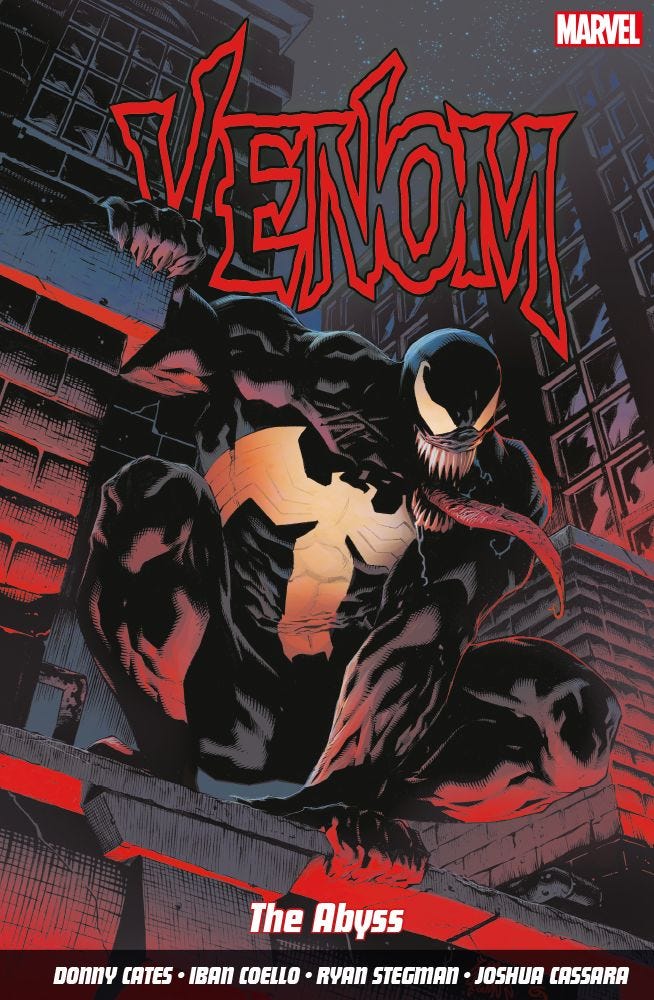 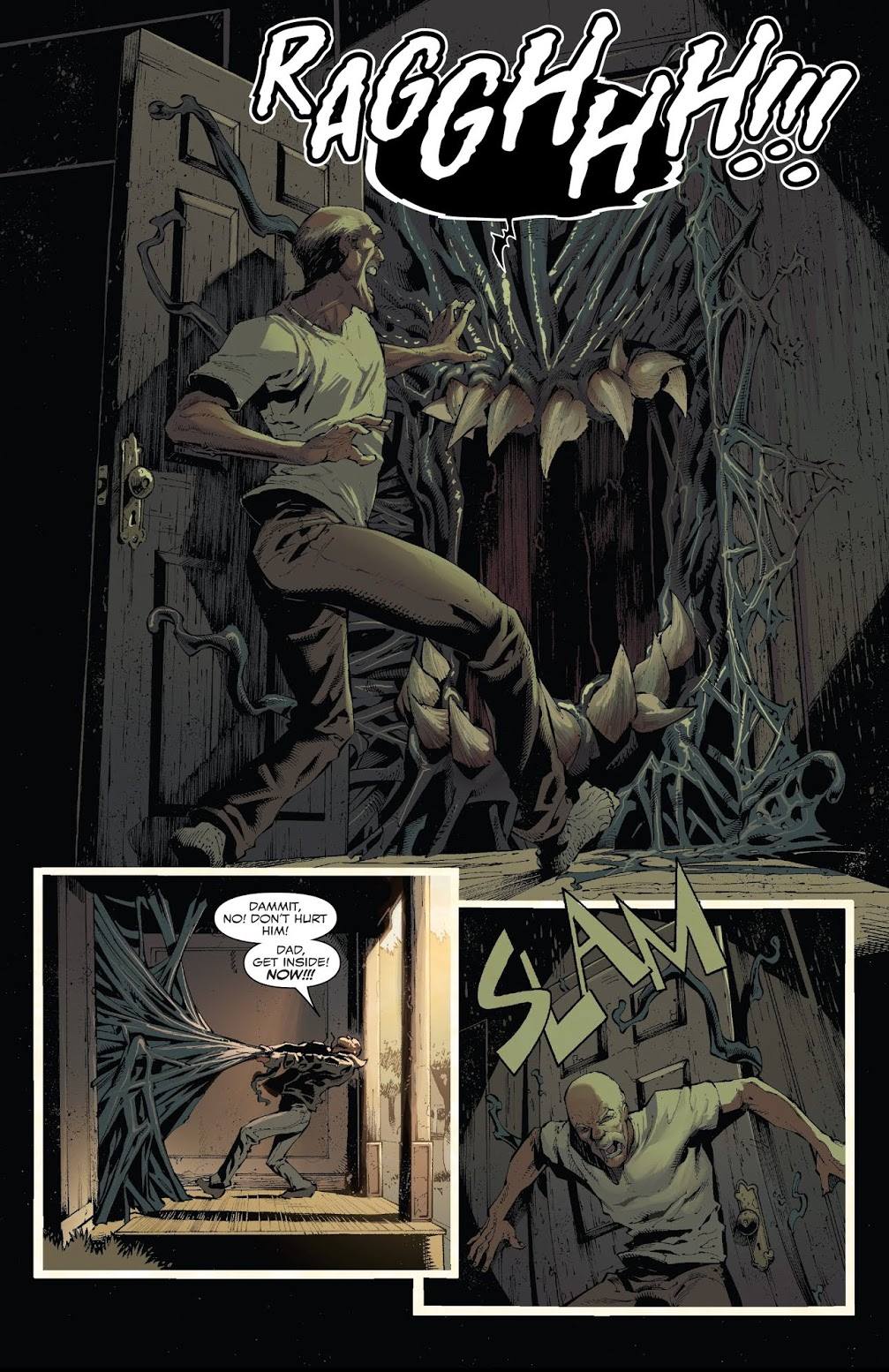 Rex was a phenomenal opening to a new Venom series, Donny Cates ensuring from the start his Venom wasn’t just a creature bonded to a human who carried out missions, or, worse still, a creepy, misunderstood helping hand. Cates reconstituted what the alien symbiote is from the ground up, referring back to the creation of the Marvel universe and an ancient creature not willing to be subservient to the will of the Gods. What Venom is continues to be the theme, but this time explored from a human perspective. Despite the shift in view, these are still three harrowing stories, just with the use of the Venom symbiote far more selective.

It’s already been established on Venom and elsewhere that Ryan Stegman is a monstrously talented artist, and he proves that again over the three chapters of the title story. If the figurative realism he applies to Eddie Brock back in San Francisco wasn’t glorious enough, what showcases Stegman’s ability is that the style is very different from the approach taken on Rex. Colourist Frank Martin plays a large part in creating that illusion, here switching from what was predominantly black and red to warmer tones. Sadly, Stegman only draws three of the six episodes, although a complete thriller.

The book opens with Iban Coello’s art. Due to the limitations of the story he doesn’t have the chance to show off as much, turning in a disciplined two chapters of what’s largely a conversation with flashbacks. He makes that conversation look interesting, though and gives the correct weight to the emotional beats. A version of Reed Richards features, wearing some bonkers hedgear, and Cates again manages to pull the rug a few times concerning what we believe about the Venom symbiote. Joshua Cassara draws the final chapter reckoning, and it says something about the overall quality of the art when his accomplished pages rank as the weakest. Only in comparison.

Eddie heads the list of Venom hosts with father issues, and the title story digs deep into that, while also building on a notion Cates introduced during that long conversation. How much can Eddie trust his own memory? Certainly not to any great extent it turns out, as Cates masterfully twists reality about and again reconfigures what we thought we knew about Venom and Eddie. It’s another great outing, and is combined with Rex in the hardcover Venom by Donny Cates Vol. 1.

Venom’s continuity leads into The War of the Realms, written by former Venom author Cullen Bunn, while Cates continues his plots in Absolute Carnage, foreshadowed in the final pages here.