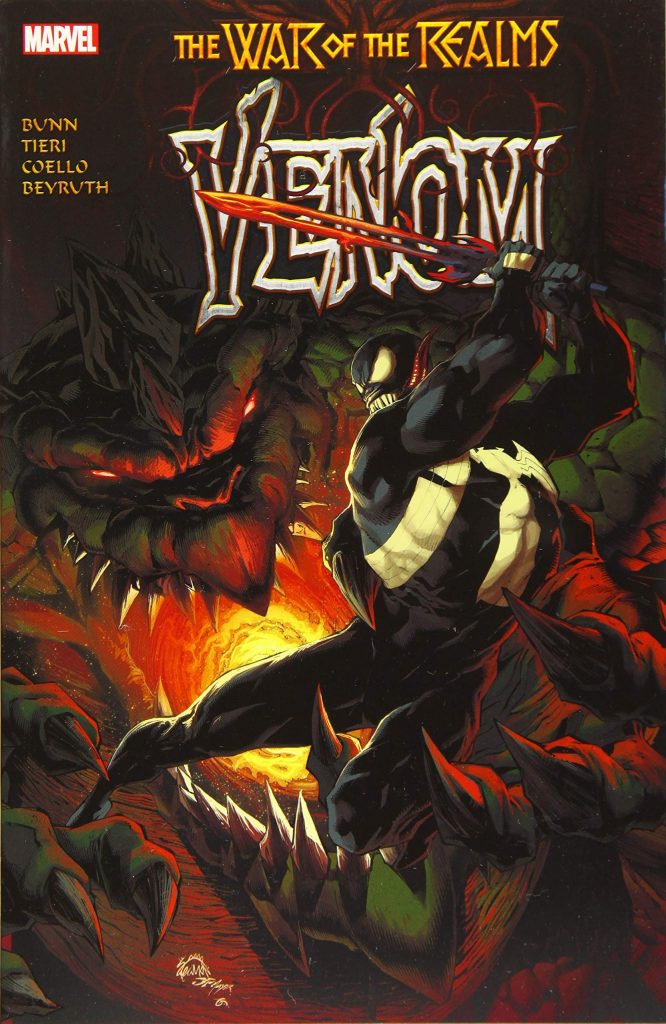 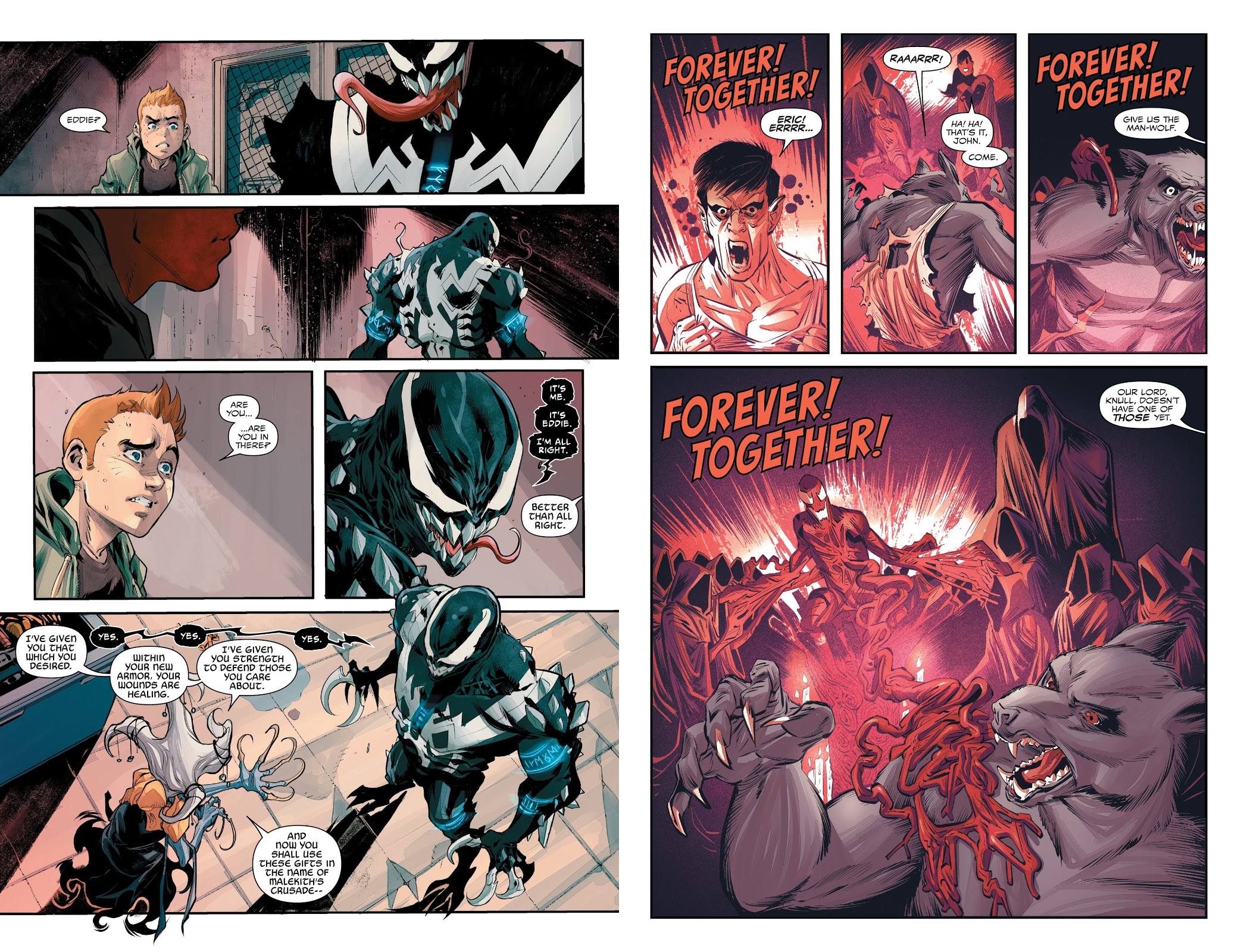 In 2019 Donny Cates’ acclaimed run of Venom was interrupted by The War of the Realms. Cates chose not to involve himself, which led to what ought to have been the pleasing surprise of Cullen Bunn writing Venom once again.

Bunn opens with Eddie Brock and his young son Dylan out on New York’s streets just after they’ve been invaded by Malekith the Dark Elf and his forces. Normally that wouldn’t be too much of a concern for Eddie, but as seen in The Abyss, he’s no longer bonded with his symbiote, so is no longer Venom. And as seen on Iban Coello’s sample art, that isn’t a problem affecting him for too long.

The other-worldy invasion calls for damnation on a large scale, and Coello provides it. He has some amazing viewpoints, the designs of his strange creatures are creative, especially an old witch, and the action flows off the page. There’s no great plot, just mayhem by the skipload, so Coello can let his imagination loose, and he has one hell of an imagination. He needs to redesign a magical Venom suit several times, and they all look good, and a well known Venom enemy also turns up and goes through the reboot cycle with those designs also eye-catching.

As noted, plot is slim, action is high, but the fun is had.

A second story has nothing to do with The War of the Realms, and is instead a prelude to Absolute Carnage. It looks back on the small town of Doverton, once terrorised by Carnage (see Carnage U.S.A.), where the graves of his victims have been exhumed, and the spines removed from the corpses. It’s a distasteful scenario investigated by agents John Jameson and Misty Knight, and Frank Tieri builds up the suspense well, while Danilo S. Bayruth’s sketchy art sets the right atmosphere. It’s meant as a prologue, and as such is slight and unresolved, but does the job of whetting the appetite. The agents are followed up in Absolute Carnage: Lethal Protectors. 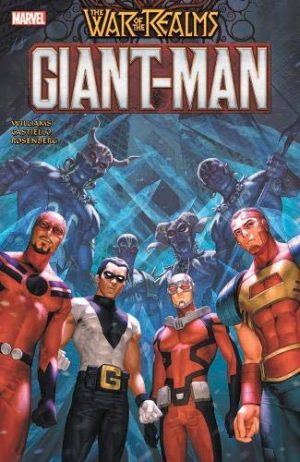