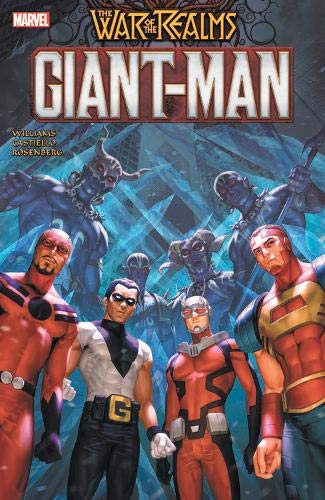 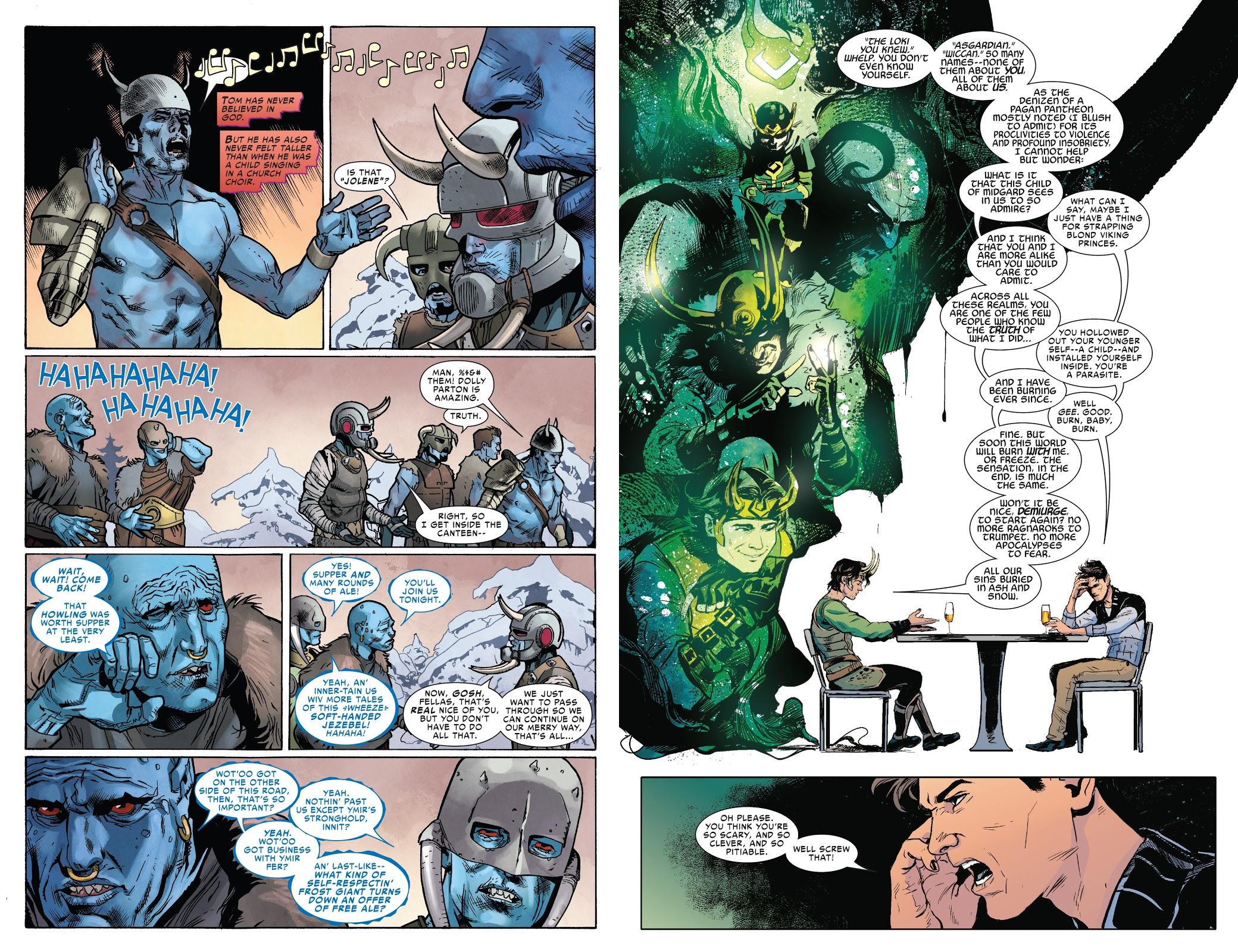 Of all the creatures gathered by Malekith for his War of the Realms, the ones that most captured the imagination of other writers were the Frost Giants, dumb cannon fodder for sure, but brutal and violent with every single one of them tough enough to take on a standard hero. So, it makes sense for Giant-Man to be involved.

This is via Freya, Loki’s adoptive mother, distraught that his Frost Giant father Lauffey has just eaten him (see War of the Realms, or Thor: War’s End). Three people who’ve called themselves Giant-Man are alive in Marvel terms when the story takes place, and a fourth can only grow to 25 feet, and calls himself Goliath. The plan is that they grow tall, paint themselves blue and mingle with the Frost Giants on Earth until they see their chance to kill Lauffey. What could possibly go wrong? Because there are many other ways to deal with Lauffey not requiring as much trouble, Leah Williams’ plot is contrived, but we surely all want to see Frost Giants slugging it out. The trouble is, there’s not a lot of that. Plenty of infiltration and bonding with bawdy songs, but not enough of artist Marco Castiello really letting go. That doesn’t even properly occur in the final chapter, by which time the mission has changed, and where Williams throws in a good surprise before a rushed ending.

Presumably because there was nowhere else to slot them, the Giant Man story is accompanied by six shorts showing us how other secondary characters occupied their time when Earth was invaded. As has been the case throughout the 2010s, Marvel used the short story tie-ins as tryouts for new creators, some in the past graduating to better things. As might be expected, quality is variable.

The most attractive art from a newcomer to Marvel is Nick Robles’ work on a Young Avengers story. He’s been published elsewhere for a few years, honing his craft, and here the layouts are dynamic, the technique polished and the people lithe. He’s given a viable plot by Anthony Oliveira, and really makes it shine (sample art right).

Considering how he was not long previously in Secret Wars, it’s a bit of a stretch to see Dr Doom ruling over the ruins of Latveria over-run by foes he can’t defeat. Put that feeling aside, and Christopher Cantwell and Cian Tormey’s piece is fine. Charlie Jane Anders and Simone D’Armini pick up on the Strikeforce mission to cut Malekith off from his teleporting technology. The art’s angular and ugly, and the story features She-Hulk’s self-doubts and the Punisher’s love for Joni Mitchell. Really?

New creators aren’t used exclusively. Howard the Duck’s regular creative team of Chip Zdarsky and Joe Quinones lower the tone entirely with the funniest of the short strips, and Devin Grayson and Paul Davidson’s Doctor Strange is a whirlwind tour. Davidson’s experimenting with different styles and designs, which makes for an interesting look. Cafu’s also in regular employment, and shines on Ram V’s decent story of the Punisher and Wolverine. Not as sparkling is the preceding Warriors Three piece where Ricardo López Ortiz is a good artist on the wrong strip.

While it’s nice to see characters who don’t often have lead roles, there’s very little that rises above average here, and much that doesn’t hit that benchmark, so overall this is disappointing.